We Have Other Gods 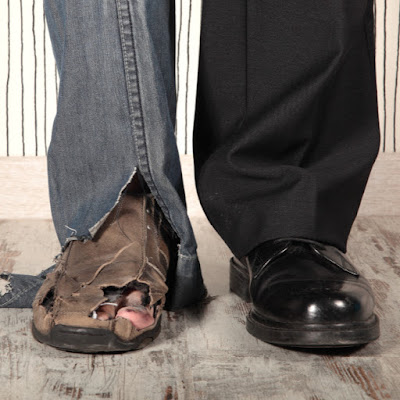 Do you indeed decree what is right, you gods? Do you judge people fairly?
No, in your hearts you devise wrongs; your hands deal out violence on earth.
—Psalm 58:1-2


We no longer hear much about Asherah and Baal, Osiris and Isis, Marduk and Ishtar. There's just not that much of a temptation for modern day believers in the God of Israel to kneel before them. We have other gods, though: greed, power, money, lust, capitalism, militarism. But because we don't acknowledge them as gods, we don't realize that we worship them.

But make no mistake—it is by their hand that war, injustice, and oppression is meted out on earth. The ancients at least called their gods gods. We're incapable of even acknowledging it, because our gods are such an integral part of our lives that they have, in fact, become us. And the inequality and violence that we have created in their names is astounding

The 58th Psalm offers a solution, but it is not a pleasant one. This solution involves the oppressors receiving what they've been dishing out, a turning of the tables. When people say, as they do at the end of the psalm, “Surely there is a reward for the righteous; surely there is a God who judges on earth,” it is because they see vengeance taken upon the wicked.

I thank God that at the center of my religion is grace. But if the world refuses to turn from the path it is currently on, no one can assume that we are due the grace offered by Christ in the New Testament. It is a gift, and it seldom goes to those who think they deserve it.

I pray to you, Lord, 'deliver us from evil,' and yet I seldom acknowledge that I have already fallen prey to temptation, and that it is my own evil that I need deliverance from. Forgive me my selfishness and for constantly making 'heroes' out of those whose work involves weaponry. Deliver me into a broad place where all are free, where all are safe, and where we all work together for justice; in Jesus' Name, who taught me to pray: Our Father....