A New and Blessèd Realm 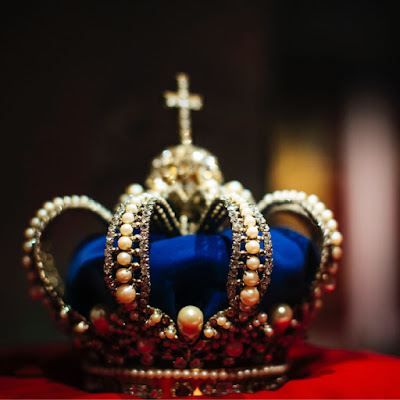 Give the king your justice, O God, and your righteousness to a king’s son.
May he judge your people with righteousness, and your poor with justice.
May the mountains yield prosperity for the people, and the hills, in righteousness.
May he defend the cause of the poor of the people, give deliverance to the needy, and crush the oppressor.
May he live while the sun endures, and as long as the moon, throughout all generations.
May he be like rain that falls on the mown grass, like showers that water the earth.
In his days may righteousness flourish and peace abound, until the moon is no more.
✧ Ps 72:1-7
✧
Psalm 72 is painful for me to read. It is very much a messianic psalm, and Christians see in it a prayer for the reign of Christ. But it also points to the biblical ideal for what a ruler should be—and this is an idea that has not only been rejected by my own people, but most specifically by the very people who claim to derive their faith from the words of the Bible.

Righteousness, justice, peace—these are the themes of biblical leadership. The people, the poor, the needy—these were the emphases of David and Solomon when these two rulers were at their best. And these themes and emphases characterized the ministry of Jesus, the One anointed by God to reëstablish the House of David and to usher in a new and blessèd Realm. I do not identify any government with that Realm, but the values of God's Reign should be at the center of what Christians strive for in human society. And these are the values that the United States not only rejects, but demonizes.
✧
President Jimmy Carter once said, "If you don't want your tax dollars to help the poor, then stop saying that you want a country based on Christian values, because you don't." So, once again, Psalm 72 is painful for me to read, for in its words I hear an earnest prayer for a way of living together that so many of my neighbors have already rejected.
✧
Forgive me, Lord. I have been too complacent as my own nation has rejected your values and turned its back on your little ones. Strengthen me for the fight and give me courage to speak truth to power; in Jesus' Name who taught me to pray: Our Father...