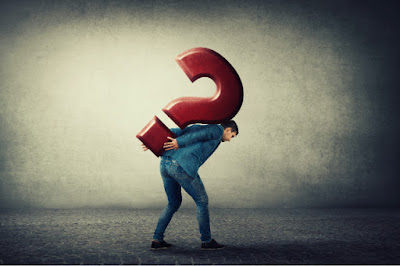 I hear a voice I had not known: “I relieved your shoulder of the burden; your hands were freed from the basket."
✙ Ps 81:5b-6


The UCC's principle prayer of confession, found The New Century Hymnal contains the line, We are in bondage to sin and cannot free ourselves. And it's this line that helps me relate to this brief passage from Psalm 81.

I think the NRSV probably gets v. 5 wrong.  It translates שְׂפַת—which literally means lip (of)—as voice. But the 16th century Geneva Bible does a better job:


I heard a language, that I understood not.


It makes more sense that lip be used as we would use tongue, not to mean voice, but rather language. The point here, to me at least, is that the language of freedom is often a novelty. It comes when we least expect it, and it comes in an incomprehensible way.

If I am in complete bondage, even the language of deliverance is foreign to me, for I do not know what freedom is. Israel's deliverance from Egyptian bondage was so completely the work of God that even its announcement was beyond their comprehension.

Am I carrying burdens that I'm so accustomed to that I don't even realize they're burdens? Many times they're laid on me (or I take them up) so gradually, that it's impossible to say when they even became burdens. Describing the modest beginnings of a snowstorm, Edna St. Vincent Millay wrote,

Blown from the dark hill hither to my door
Three flakes, then four
Arrive, then many more.


When did the individual flakes become a blizzard? It's impossible to say. So it often is with burdens. The process is so imperceptible that should the burden-bearer be told they're carrying a burden, they wouldn't even understand what was being said to them.

So what burdens am I carrying that I'm unaware of? If the theological concept of "conviction" is identifying unknown (and often unseemly) burdens, perhaps this is what sanctification is: Not so much becoming better, but becoming unburdened. Whether I use the first (becoming better) or second (being unburdened) definition, I now understand that either is possible only by the grace of God.

Lift those burdens from my shoulders, Lord, that I don't even know are there. Teach me a song in a language I have yet to learn—a song of freedom, the language of grace; in the Name of my Savior, who taught me to pray: Our Father...