As Soon As the Doors Open 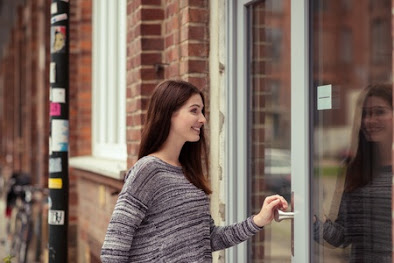 Let us come into his presence with thanksgiving; let us make a joyful noise to him with songs of praise!
✙ Ps 95:2-3
✙
The psalmist doesn't really just say, "Let us come." The verb in Psalm 95:2 isn't the same one that's found in the verse before it (which in English starts out, "O come..."). The verb here is נְקַדְּמָה, which is a form of קדם—a word that is used elsewhere to mean precede, or hasten. It's as though this verse says, Let's see if we can be the first ones at church this morning, or Let's get there as soon as the doors open! It's clear here that worship isn't a chore, and attending it isn't an obligation, but a privilege. It seems that it doesn't matter what hymns the pastor has picked—they're all favorites.

I thank you, God, that you've given me a church to go to, a way to get there, a voice to lift up your praise, and sisters and brothers to sing along with; in the Name of him who taught me to pray: Our Father...