What Kind of Ruler 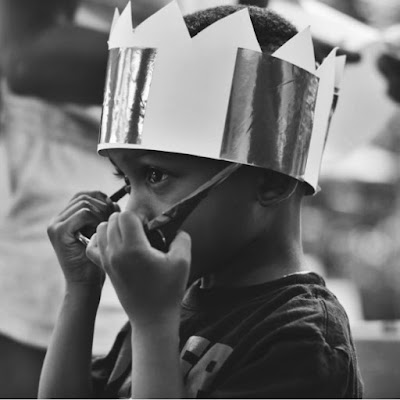 I will sing of loyalty and of justice; to you, O Lord, I will sing. I will study the way that is blameless. When shall I attain it? I will walk with integrity of heart within my house; I will not set before my eyes anything that is base. I hate the work of those who fall away; it shall not cling to me.
✙ Ps 101:1-3
✙
I have to take it on faith that David is the author of Psalm 101, and that, in an act of worship, he is declaring to God what kind of ruler he intends to be. Calvin contrasts David's royal idealism to the reality we are often faced with in other rulers:

The proverb was not used without foundation in ancient times, 'A king must be born either a king or a fool.' It is indeed a mistake to say that kings are born fools. [People] were led to speak in this manner, because it commonly happens that those who are invested with the government of kingdoms and empires are fools and blockheads. And surely it is a remarkable instance of the vengeance of God, that beasts, and such as are altogether unworthy to be numbered among men, commonly possess the highest authority. But although kings are not born fools, yet they are so blinded by their dignity, that they think themselves in no respect indebted to their subjects, become arrogant and haughty in their carriage, recklessly plunge into their pleasures, and at length utterly forget themselves.

The biblical idea of good governance rests, therefore, not on brute power, but on integrity, service, justice, and mercy. When David makes it clear that he intends never to "set before [his] eyes anything that is base," I interpret that to mean that those whom he appoints to positions of authority will also embody justice and righteousness. A purely hypothetical ruler (for example) who winks at dishonesty among her or his ministers, ignores allegations of sexual assault, repeats the claims of those advocating racial superiority, and endorses destruction of the environment can by no means be thought of as ruling according to God's design.
When I think about it, the kind of ruler I want for my people reflects the kind of person I want to be. So I will pray that my whole country—both its leaders and its citizens—can be characterized by integrity and not baseness.

Remind me daily, O God, that your word lays upon my shoulders the responsibility of prayer for those who rule my country. Help me to do so, knowing that the world is in your hands. I pray in Jesus' Name, who taught me to pray: Our Father...