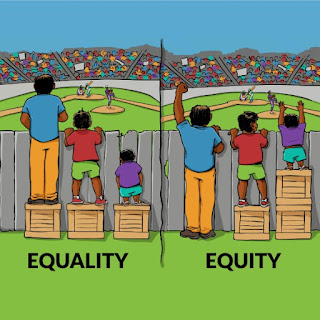 Let the floods clap their hands; let the hills sing together for joy at the presence of the Lord, for he is coming to judge the earth. He will judge the world with righteousness, and the peoples with equity.
✙ Ps 98:8-9 ✙

Psalm 98 is a beautiful and joyful psalm, and you'd think it would be put to great use in the church. But as many times as this psalm might possibly be used in worship, the smaller or less liturgically minded church that uses the lectionary will seldom have occasion to sing or read it. That's because Psalm 98 almost always plays second fiddle. It's used in the Easter vigil, it's used during the third service of Christmas, it's used for Holy Cross day in September, and it's used as the alternate psalm for a couple of Sundays in ordinary time... in other words, always on an occasion that the average mainline Protestant congregation wouldn't use it. Only once every three years just before the Ascension does this psalm enter the lectionary as the psalm that would be used in worship.

Another place this word is used is in Isaiah 40:4—part of the passage quoted by John the Baptist in his proclamation of the coming Messiah—which discusses justification in geological terms: Every valley shall be lifted up, and every mountain and hill be made low; the uneven ground shall become level, and the rough places a plain. In this case, it's what the uneven ground becomes that I'm referring to: level or smooth.

So if I'm to understand God's equity in Psalm 98:9 in light of Isaiah 40:4, then God's idea of equity isn't everybody receiving (or surrendering) the same amount. In order to even things out, the peaks are lowered and the ravines are raised up: the earth lost by one is given to the other, that equity might be reached. The coming messianic age, then, cannot be understood in capitalistic terms of unregulated accumulation of wealth by those who are able to come by it, but more in terms of Robin Hood, who takes from the rich and gives to the poor.

Yesterday when I started talking about Psalm 98, I used it as a warning not to identify God's will with a political platform. And I have to say that the end of the psalm has done nothing to disabuse me of this notion. That's because I can't help but notice that, if I'm to believe Isaiah and John the Baptizer (and why shouldn't I?), God's idea of equity is not the human idea of equality. The good news of Christ's gospel might be bad news for those who want to cling too tightly to what they've got, if their clinging comes at the expense of other children of God.

Teach me, Lord, to embrace your justification, even if that means that your idea of equity differs from my own opinion—and even if I need to give something up so that another might know your abundance; in the Name of the One who came to bring down mountains and lift up valleys, even Jesus Christ my Lord, who taught me to pray: Our Father...
Here's a song sung in some churches during Advent, though it's not as common as it used to be. This text sung to this tune is still popular in the United Church of Christ and the United Church of Canada, however, and it's appropriate for any time of year when we talk about justification and/or equity.