Bless the Lord, O my soul, and do not forget all his benefits—who forgives all your iniquity, who heals all your diseases, who redeems your life from the Pit, who crowns you with steadfast love and mercy...

Translation isn’t an exact science, and this is especially true when translating from an ancient language into a modern one for a bunch of reasons. One reason is that expressions used 3000 years ago would be very different from expressions used today. Another is that, in the case of Hebrew, there were no vowels to help with pronunciation, only consonants. And, of course, there was no punctuation.

But the biggest problem was that, just as in English, words might mean different things in different contexts. And one of those words is found in Psalm 103:4, which tells me that it’s the Lord, “who redeems your life from the Pit, who crowns you with steadfast love and mercy.” 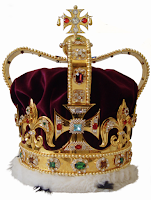 To my way of thinking, if my life has been redeemed from the prison of death, I might wish for the vindication of having my head encircled with a crown. But I somehow think at that moment, I would much prefer to be wrapped in the arms of my Redeemer, and to fully experience God’s constant and forgiving love. 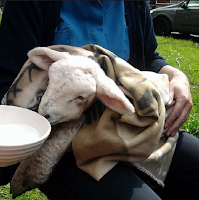 It's not uncommon among Christians to discuss the fact that we can’t really know what it’s like on the other side of death, and how the Bible’s descriptions are very vague. In fact, it's my opinion that anything the Bible says about life after death is metaphor, since the reality would be beyond our language’s ability to describe it. But after meditating on the words of today's psalm, I have an image in my mind of the redeemed being awakened from a peaceful sleep on the great day of the Lord and encountering our Redeemer. At that moment we're given a choice: we can choose between a crown of vindication or being wrapped in the everlasting arms of steadfast love and mercy.

I speak from a perspective of privilege when I say that I would prefer to be encircled in my Redeemer's arms. One of the millions of souls that had been exterminated in a concentration camp, or had died in a slave labor camp in the antebellum south might well choose the crown of vindication to show what a recipient of God's steadfast love and mercy might look like—not even necessarily for their own sake, but for eternity's sake.

So whether I am crowned or wrapped, I will pray:

In this life and in the life to come, you encircle your children with steadfast love and mercy. Whether in the form of a crown or a quilt, I thank you, Lord, that you forgive me and that nothing can stand between me and your love; in the Name of him to taught me to pray: Our Father....