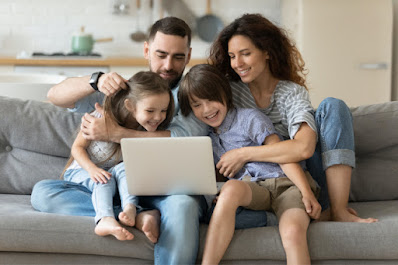 Jews who don't live in Israel are often referred to as the diaspora, a term that actually goes all the way back to the time of the Babylonian Captivity. And so the verse of Psalm 106 that I'm led to think about this morning is very much a prayer of the diaspora. I am not Jewish, but I would imagine that when Jews hear the following words, it must be bittersweet to all who live far from the land their people calls home:

Save us, O Lord our God, and gather us from among the nations, that we may give thanks to your holy Name and glory in your praise.
✙ Ps 106:47
✙
Though the term diaspora most often refers to the nation of Israel, many peoples throughout the centuries have also been in a similar situation and have even borrowed the term: Africans forced to undergo the Middle Passage, Romani, Italian and Irish immigrants, and today's refugees from Kurdistan, Syria, and Venezuela. To leave one's homeland is often an extreme measure, and when people find themselves abroad, they often seek communities with shared culture and language.

I have pastored such communities in South America, the Caribbean, and Europe. There is an undeniably strong pull into English-speaking Protestant churches in places where another language is spoken and a different culture predominates. But what's interesting is that there are also people who don't feel at home in their own culture who attend worship at such churches. In Colombia, for example, there were those who wished to practice a Christianity that was not Roman Catholic, but found most Protestant churches in their country to be far too brash, informal, or Pentecostal. And so when they discovered an orderly English-speaking Protestant service, they often discovered acceptance there that they had not felt elsewhere.
We need not look to other people or other places to have a better understanding of diaspora, however. Much of christendom is currently in exile from the place we consider home. Due to a pandemic, we are unable to gather together for worship; we are unable to join our voices in songs of praise to God. And it is difficult for us, for we thrive in one another's presence.
In the absence of in-person worship, we have had to discover new ways of celebrating the unity of the Spirit. And though we find solace—even, at times, satisfaction—in our new rituals and in the innovations of online services, we remember what once was, and we long for the body of Christ as we once knew it.
Christians who decide not go to church are not the equivalent of the Jewish diaspora, of course. But this is a way to connect to some of the themes we find in the Bible. When we feel discouraged, we can remember that God is not limited to a single holy land or sacred space. No matter where we find ourselves, no matter how isolated from our sisters and brothers in Christ, we still belong to God, we are still members of the body of Christ, we are still united by the Holy Spirit.

Thank you, Lord, for my community of faith. Thank you for giving my wandering soul a home where it is understood, and from which I and others might share the good news that Christ came to bring good news to the poor, to proclaim release to the captives and recovery of sight to the blind, to let the oppressed go free*; in his Name who taught me to pray...
*Luke 4:18-19