A Brand Plucked out of the Fire

“See, I have taken your guilt away from you, and I will clothe you with festal apparel.”
✙ Zechariah 3:4
✙ 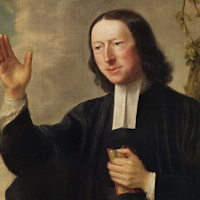 In the middle of a winter night in 1709, the old rectory in Epworth, Lincolnshire (England) caught fire. Surrounded by flames, the whole Wesley family escaped, except for one: they soon discovered that five-year-old Jackie was still in an upstairs room of the burning house. He was saved in the nick of time when one of Samuel Wesley's parishioners, standing on the shoulders of another, lifted him out of the window just before the house collapsed.
"Jackie" (aka John) Wesley, went on to found the Methodist movement, and his impact on social reform, education, and religion was unequalled in 18th-century Britain. Recalling that fire, he often referred to himself as "a brand plucked out of the fire."
He was quoting a verse in Zechariah 3, where the prophet is given a vision of Joshua attired in burnt and filthy rags, apparently under the power of the adversary, Satan. God rebukes Satan, saves Joshua, and dresses him in clean robes. Wesley's—and Zechariah's—understanding of grace was that salvation comes from God alone when we are utterly unable to do anything for ourselves. In fact, if we could save ourselves, it wouldn't be grace all, but self-help. Our own righteousness is like the rags that covered Joshua, and it is God who swaddles us in divine love.
This is Christianity at its most basic. It's not about morals or respectability or judgment. It's letting go of ourselves in the knowledge that, in the words of German pastor Arno Pötzsch, we can fall no deeper than into the hand of God.
✙
By grace you have been saved.
✙ Ephesians 2:5
✙

✙
O Lord, forgive what I have been, sanctify what I am, and order what I shall be.
✙