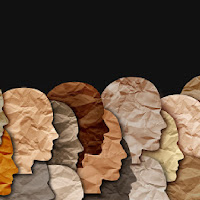 Today is the Second Sunday after Pentecost, and the gospel reading is Mark 3:20-35. Today for the first time in at least fifteen months, the deacons distributed the bread and the cup to the congregation in the traditional way. Our hymns included O for a Thousand Tongues, Let Us Talents and Tongues Employ, and Let There Be Peace on Earth.
Steve Moore was our presiding elder, Gretchen Bryant was our guest organist, and Jenny Gilles served as videographer. Paul Hederstrom introduced his grandson, also named Paul Hederstrom, whom we honored upon his graduation this past week from West Geauga High School.
Below is the video of this morning's worship service, and below that is the order of worship.
ORDER OF WORSHIP
00:00 • Prélude
03:13 • Welcome & Announcements
04:40 • Honoring Our Graduate: Paul Hederstrom
06:13 • Call to Worship
06:50 • Hymn: O for a Thousand Tongues
08:07 • Opening Prayer
08:33 • Lord's Prayer
09:04 • Gloria Patri
09:51 • Joys & Concerns
12:56 • Silent Prayer
13:42 • Pastoral Prayer
16:19 • Scripture Reading: Mark 3.20-35
18:46 • Sermon (see below)
35:01 • Hymn: Let Us Talents and Tongues Employ
36:40 • Call to Offering
37:19 • Doxology
38:00 • Communion Prayer (Thanksgiving)
39:12 • Sharing the Bread & Cup / Words of Institution
45:00 • Hymn: Let There Be Peace on Earth
46:36 • Benediction
47:08 • Response: Go Now in Peace
49:02 • Postlude
SERMON TEXT
Everybody loves their child. Well, nearly everybody. But certainly Jesus’ mother loves her son. And like most mothers, she thinks her son is special. But in the case of Jesus, apparently lots of people think he’s special. He’s been leaving the family home more and more frequently lately, and he’s gallivanting around Galilee calling people into a new understanding of God—his new understanding of God. He helps people understand God, not as some far off, judgmental, inaccessible Entity, but as a loving and forgiving Parent. Knowledge of this God is not so much by-the-book, as it is searching within.

Jesus’ mother must be proud of her son. Any mother would be when people sit up and take note of how special her son is. But she’s also well connected. She’s part of the weft and warp of her community. And she’s being made aware that there are also some people out there who don’t appreciate Jesus, and who are criticizing his message. This is bad enough, but the real problem is that his detractors are not nobodies—far from it! They’re among the leaders—the most powerful people in their religion.

They’re not just taking issue with what Jesus is saying about God. They’re not just arguing fine points of doctrine here. They’re not just saying, “Well that’s not exactly how I’d interpret that passage of scripture.” No, they’re accusing him of working for the enemy. They’re saying that when he preaches or heals or liberates people, he’s doing it all by the power of the devil.

Of course Jesus is not without his own connections. The stories that are getting back to his family are also reaching his ears. And so he addresses this accusation head-on. When people ask him if what they hear is true, he asks, “How can the devil cast himself out? A house divided against itself cannot stand. Nobody can enter the devil’s domain without first binding him and plundering his house.”

Then he said something that’s concerned the church ever since. He said that all sins can be forgiven—even blasphemy. But blasphemy against the Holy Spirit will not be forgiven.”

To help you understand what this means, I want to tell you a story. It’s a family story. It’s something everybody in the family heard, I would imagine. But, being the future minister in the family, I’m probably the only one who listened and understood and remembered it.

You see, my grandfather—my mother’s father—wasn’t much of a church-goer. But some Mormon missionaries visited the house a few times. It never amounted to much, and I guess the visits finally just stopped… I’m not sure. But while this was going on, my grandmother—a staunch Methodist—never criticized them. And I’ll never forget how she put it: “Joseph Smith said he saw an angel, and who am I to say he didn’t?”

I think at some point she may have explained to me—and maybe it was only me, since, like I said, I was the future minister—that this is what blasphemy of the Holy Spirit was: To question somebody else’s religious experience. My grandmother wasn’t interested in the church those missionaries represented, but she wouldn’t question the experience of those who belonged to it. She didn’t have to adopt somebody else’s beliefs in order to respect them.

And so whenever I’m confronted by beliefs I either do not share or maybe even understand, I repeat to myself what my grandmother once said: “Joseph Smith said he saw an angel. Who am I to say he didn’t?” It is wrong to question somebody’s religious experience. It’s even wrong-er to say that their experience isn’t of God but of the devil. In fact, that’s just about the worst thing you can do. Because what if you’re wrong? Jesus says that that’s literally beyond the pale of what he understood forgiveness to be all about.

And it’s in this context—this atmosphere of accusation and controversy—that Jesus’ mother hears that his wanderings have brought him back into town. She finds out where he is, she gathers her other sons—and she finds him. The crowd in and around the house where he is is so thick she can’t get to him. But she needs to get to him. She needs to warn him. She needs to tell him that not everybody is his friend. He’s making people mad. And some people are saying he’s downright crazy.

So she and his brothers shout into the crowd for somebody to let Jesus know his family’s outside, waiting to talk to him. And whoever hears it shouts it deeper into the crowd, and so on and so forth until it makes it into the house. “Jesus, your mother and your brothers are waiting for you outside.” I don’t know whether the next part was spoken or unspoken, but the understanding was that they were there to take him home for his own good.

These words are well known in the church. But I don’t think they carry the weight they ought to. The church today makes a huge deal about family. And by that, the church almost always means the nuclear family—usually the biological family. How can the church support the family in its ministries? And this is a good thing. But it’s not the main thing. It’s not the be-all-and-end-all of ministry. According to Jesus, the church’s mission is to be family. Jesus didn’t so much support the family as re-create the whole concept of family. As long as there are human beings, there will be biological families. But Jesus takes us beyond this very limited notion of what family is, and he gives us each other as parents and children and brothers and sisters. It’s not so much the family we’re born into that makes the difference, but the family we’re delivered into. Some might say it’s our family of choice. I’d rather say it’s the family of God’s choice. But family is whoever does God’s will—whoever actively seeks the good of the world.

Next week—Polka Sunday—when we meet in the park, my little sermon will talk a bit more about the idea of family. That’s because this saying of Jesus—the one we heard today when he told us what family really is—isn’t an isolated verse. The idea that family is transformed by God is found throughout the Bible, and it’s found in both the Hebrew Bible and the New Testament.

And this is something that I think is especially wonderful about small churches. And it’s one of the reasons that I much prefer the small church to the large church. We truly live out the words of Jesus, that we don’t have to be related to each other biologically or legally to be family. We are each others’ parents and children, brothers and sisters.

And so let us be each other’s family. Let us be sisters and brothers. Let us be parents to our children and let us adopt our elders as parents. But more than anything else, let us hear the words of Christ, and together, let us do the will of God.
—©2021 Sam L. Greening, Jr.