The Lord will go before you, and the God of Israel will be your rear guard.
✙ Isaiah 52:12
✙ 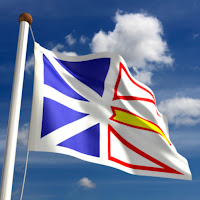 This is the anniversary of the September 11, 2001 terrorist attacks. Exactly twenty years ago today, I was on an airplane that was turned away just as it was about to enter U.S. air space. We had to land somewhere, and so our pilot chose a place called Gander in Newfoundland. We landed around noon but didn't know why we were there until several hours later. It was midnight before we were allowed off the plane.
✙
What we discovered upon arriving by bus at the school that would be our home for the next several days still astounds all of us who went through this experience. An entire town had mobilized to provide for thousands of strangers from all over the world—none of whom had access to their luggage. Though the population had suddenly doubled, there was food, bedding, toiletries, and clothing for everybody. The main thing I remember, though, was the peace and safety we all felt. For us, 9/11 wasn't about pain inflicted by terrorists. It was about bringing out the best in everybody.
✙
The person of faith had no trouble knowing that there was no place we could end up that God had not already visited. It was the image of God in the people of Newfoundland that responded to terrorism with generosity, and to hatred with love. By the time we short-term refugees had arrived, Christ had already prepared us a place in the hearts of his servants.
✙
As the world faces a new refugee crisis, how will I respond? Has my Lord opened a place in my heart for the people fleeing the Taliban?
✙
And if I go and prepare a place for you, I will come again and will take you to myself, so that where I am, there you may be also.
✙ John 14:3
✙

✙
I thank you, God, that there is nowhere I can go where you will not accompany me; that there is no place on earth that does not know your presence, no where in life, in death, or in life after death where you have not been. Help me to acknowledge you at all times.
✙