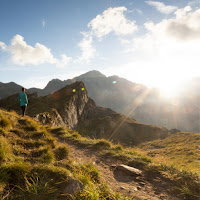 On this Feast of the Transfiguration of the Lord, we prayed for those effected by the Chardon High School shooting, exactly ten years ago today; and we prayed for peace in Ukraine. The sermon touched upon these themes, as well as the gospel lesson: Luke 9:28-36. Our hymns were Fairest Lord Jesus and O Wondrous Sight! O Vision Fair (to the tune of Just As I Am). Our organist played Abide with Me during our time of silent prayer.

Here is a video of the service in its entirety (click "read more").

On the edge of war, one foot already in,
I no longer pray for peace:
I pray for miracles.
I pray that stone hearts will turn
to tenderheartedness,
and evil intentions will turn
to mercifulness,
and all the soldiers already deployed
will be snatched out of harm's way,
and the whole world will be
astounded onto its knees.
I pray that all the ‘God talk’
will take bones,
and stand up and shed
its cloak of faithlessness,
and walk again in its powerful truth.
I pray that the whole world might
sit down together and share
its bread and its wine.
Some say there is no hope,
but then I've always applauded the holy fools
who never seem to give up on
the scandalousness of our faith:
that we are loved by God......
that we can truly love one another.
I no longer pray for peace:
I pray for miracles. (Ann Weems †2016)