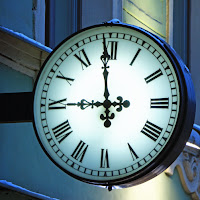 What’s interesting is that this same equation also helps us to remember something important about Isaiah. Isaiah has 66 chapters. And many people (actually most people) believe that Isaiah should divided in two, because the two sections of the book were clearly written at different times—some would say by two different people. And the dividing line comes between chapters 39 and 40. So if you ever want to remember how Isaiah is divided up, just remember that 3X9=27. The first 39 chapters make up what is often called First Isaiah, and the last 27 chapters (beginning with chapter 40) make up Second Isaiah.

This isn’t taking away any of the Bible’s authority, by the way. The fact that two books might have gotten combined doesn’t downgrade any of the material in question. The author of the second part of Isaiah was not pretending—not in the least—to be somebody they were not. Indeed, though we read Isaiah’s name many times in the Book of Isaiah, all mention of the name Isaiah ends with chapter 39. His name isn’t mentioned a single time from chapter 40 through the end of the book.

So if Isaiah has two distinct sections, then today’s scripture reading falls somewhere near the middle of Second Isaiah. And today’s reading is one of the book’s more memorable passages. It sounds like a call designed to bring Christians in particular to God. With our two sacraments of Baptism and the Lord’s Supper, our ears perk up when we are asked to come to the waters, or when we are invited to drink wine. Though the prophet isn’t necessarily speaking about our sacraments, we are not wrong to see Baptism and the Lord’s Supper in what they’re saying.

But more important than sacraments, the prophet’s invitation is to partake of the grace of God. We’re wasting money—sometimes vast sums of it—on stuff that doesn’t matter. We think we’ve got just what we wanted, only to discover (sometimes sooner, sometimes only later) that the golden image we purchased is just a thin gold veneer on cheap plastic.

Isaiah 55 calls us to something more satisfying and infinitely more valuable. It invites us to receive God’s grace for free. There’s no price tag, so no money is required. God is giving it away for free. But what, specifically, is being offered? Is it really the richest food and the purest drink? Or is that a metaphor?

Verse 3 makes it clear that what’s really being held out to Israel and to the nations is a relationship—a loving covenant like the one God had with David. Now David had his ups and downs. But to him, God was everything. God was with him when he was hiding in fear and God was with him on his victory marches. God made him feel good when he was righteous, and God made him feel bad when he did the wrong thing. But always, God forgave. And there’s no other character in the Bible—not in the 39 books of the Old Testament and not in the 27 books of the New Testament—whose life better shows us not only God’s love for a servant, but also God’s willingness to forgive wrongdoing.

The prophet then moves to a new theme in verse 6. It’s a gentle transition, but it’s a transition nonetheless: Seek the Lord while he may be found, and call upon him while he’s near. This verse sounds somehow gentle and urgent at the same time. Perhaps is it sounds gentle because it’s also simple. But the urgency of the verse was taken up by many an evangelist and revival hymn composer. Take this early 19th-century song by Thomas Hastings as an example:

Delay not, delay not, O sinner, draw near.
The waters of life are now flowing for thee.
No price is demanded, the Savior is here.
Redemption is purchased, Salvation is free.

It’s obvious Hastings was inspired by our passage, and it’s just as obvious that he heard in it some kind of deadline—the same deadline preachers have been scaring people with for centuries: Repent now before it’s too late. There’s a threat that God will soon shut the doors and we’ll find ourselves on the outside. It implies that there will come a time when God will stop inviting, or that God will start rejecting people who answer Yes.

But that’s not my belief. And I don’t believe it was Jesus’ belief, either. To me, the Christian faith says, “While there’s life there’s hope.” If God is love, as the Bible tells us God is, then love will never end—the Bible tells us that, too. And if love never ends, then God’s invitation is as far-reaching and eternal as the love that sends it out to every corner of the world.

There is a sense, though, where we need to hear a deadline in this passage, and that is that there are opportunities to love and to reach out that might come to an end. This is true in our personal lives, when we might pass up a chance to say the right word or do the right thing. And this is just as true as our corporate life—the life of the church.

I was very painfully reminded of this yesterday when I heard from my aunt. She wanted to share with me some news about my home church. It’s where I was baptized and went to Sunday School. It’s where I was confirmed and was involved in youth group. And it’s the church that endorsed my call to the ordained ministry. When I was a kid it had nearly 900 members. But it just had a meeting in which the membership had to decide whether or not its august history should come to an end. 22 people voted, and they voted to give up the ghost. Centenary United Methodist Church at the corner of 29th Street and Winchester Avenue in Ashland, Kentucky would become a part of the much larger South Ashland Church, located a couple of miles up 29th Street. They’ll give the church a new name—29th Street Methodist—but in the end, I doubt that even a dozen people will make the move to the new church.

I can’t help but wonder what opportunities were missed over the past forty years or so—actions that might’ve altered the course of church history. But God doesn’t want us to live in the past. Repenting and regretting are two very different things. We’re encouraged to repent. But sitting around regretting what could’ve been is pointless. The best we can do… and it truly is the best we can do, because it’s what Jesus tells us to do… is to live in the now, to be grateful for the present moment, and to respond lovingly to God and to other people whenever we have the chance.

I’m sure you’ve seen the saying carpe diem over the past few years. It’s become very popular. We’re usually told that it’s Latin for cease the day. But in Latin it also creates an image we can’t see in English. The image is of a piece of fruit at perfect ripeness, and carpe diem tells us to pluck it off the tree before it’s too late. Every day is that kind of gift—a piece of fruit that should be enjoyed, because tomorrow may be too late.

The first is to seek God within. We do this through soul-searching, through prayer and meditation, through studying the word. We might even do this through serious enjoyment of art or music—whether by looking and listening, or actually creating.

But we can also seek God without—and this is the second way. If the first way is for introverts, the second way is the extroverted method for seeking God. It’s done less through thought and more through deed. The first one might be faith-oriented, but the second one is works-oriented. It doesn’t mean that salvation is by works, but it’s through deeds of love and service that some express their relationship with the divine. In serving their neighbor many people find God.

We need both kinds of seekers. A church full of naval-gazers does isn’t much good to a community. And a church full of do-gooders has no spiritual roots. Few (if any) of us is the perfect combination of both kinds of seeking. Some of us seek within and some seek without. The important thing is that we receive each day as a gift from the hand of God and use it for God’s glory. Together we form one church whose members reach within and without. We are one another’s roots and branches.

So today our image of the church isn’t so much a body as a tree. Our search for God should give us deep roots and branches spread wide, providing shelter where others can search for and find the God whom we love. I won’t say we need to do it before it’s too late. But I will say this: Today’s the day.
—©2022 Sam L Greening, Jr.