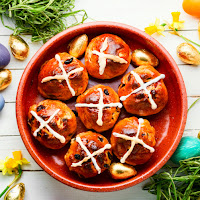 We celebrated a glorious Easter service at Pilgrim Christian Church this morning. We opened with the words Alleluia! Christ is risen! along with verses from Psalm 118, followed by the hymn Christ the Lord Is Risen Today. The choir sang the beautiful anthem Easter Is Here. And the scripture read was Luke's account of the resurrection of Jesus. The sermon dealt with the reality of the resurrection, and it was followed by a celebration of the Lord's Supper.
Here is a video of the entire service (click "read more"), and beneath that is a transcript of the sermon.

I recently watched a TV series called Life After Death. The show featured a young man who was a medium. I don’t mean that that was his T-shirt size. I mean that he communicated with the dead. He was likable enough, and it appeared that he was very good at what he did. I admit that I enjoyed watching his show. It seemed really amazing that he knew things that he had no way of knowing. And in every case, it looked like he brought comfort to the living individuals that he was working with.

It's not my intention this Easter Sunday to put down somebody else’s beliefs. If people find comfort in employing the services of mediums who help them communicate with their loved ones who have died, then that is their right. I will not condemn them—I won’t even say it’s fake.

But it’s not my belief. To be honest, I would gain no comfort in believing that my deceased parents or my grandparents are hanging around in the ether, waiting to be called on so that they could communicate with me or my sister or anybody else they loved in this life. A German pastor once wrote a hymn that says, You can fall no deeper than into the hand of God. And I think that describes my feelings about the death of someone I love. I have enough faith in God that I will not agonize about them. And I don’t want to imagine them worrying about me either.

You see, when Christians say they believe in life everlasting—life after death, even—we base that belief on the resurrection of Jesus. Many of us these days want to spiritualize the resurrection. Because his bodily resurrection defies logic and scientific knowledge, we’re anxious to say that it was the spirit of Christ that could not be killed; that the earliest disciples kept him alive in their hearts—so alive, in fact, that they believed he rose from the grave.

Yet this is precisely the message that the gospels want to warn us away from. People back then also had trouble with the disciples’ message.

These words seemed to them an idle tale, and they did not believe them.
—Luke 24:11
Surely they were so attached to their Lord that they couldn’t accept his death, and were keeping alive his spirit—his teachings, his way of life—in a world gone wrong. But Matthew, Mark, Luke, and John all make sure that we know that Jesus was not a ghost, not an imaginary presence, not a spirit hanging about in the ether, but a physical presence. He ate with them and drank with them and invited them to feel the wounds where he had been nailed to the cross.

So believing in the resurrection of the dead isn’t a belief that the spirits of our ancestors are hanging around trying to give us messages or trying to guide us in the ways they should go. They are at peace, and our minds should be at peace where they’re concerned. The message of the resurrection is that Jesus is real and is present not only in spiritual matters, but in the physical world as well. That’s why, even two thousand years after all this happened, he invites us to know him not only in prayer, but in physical things—in water, in bread and wine.

And just in case we want to turn our faith in the resurrection into a superstition that has nothing to do with reality, he also told us to look for him—not just with our eyes closed during meditation, but in the sisters and brothers who surround us on earth.

Truly I tell you, just as you did it to one of the least of these who are members of my family, you did it to me.
—Matthew 25:40
Some religions teach us that we can attain to salvation only when we have completely separated ourselves from the material world. There is a great deal of good that this kind of faith can teach us. After all, we are too materialistic, too selfish, too possessive. And while Christianity teaches us to let go of things because in the end they can do us no good, our faith does not teach us that the physical world is bad. It is through this world that we can know the glory of God, and it is through the people of this world that we can know the love of Christ. To serve others is to serve the One we call our Lord.

Let me tell you a story— the story that immediately follows Luke’s story of how the disciples first found out about the resurrection. It begins at Luke 24:13.

On the same day that Jesus rose from the dead, two of Jesus’ followers were going to the village of Emmaus, outside Jerusalem. As they walked, they discussed all that they’d heard. Then Jesus himself suddenly came and began walking with them—but God closed their eyes as to his real identity. When he asked them what they were talking about, they were taken aback, for he must’ve been the only person around who hadn’t heard the events of that day. So they told him about this Jesus of Nazareth—a wonder-working prophet who did powerful miracles, a mighty teacher in the eyes of both God and the people. “But our leaders handed him over to be crucified three days ago,” they said, “and we had hoped he was the Messiah. But some women from our group went to his tomb this morning and came back with the amazing news that Jesus is alive—and when some of the men went to check, they found his body missing!”

Then Jesus explained the scriptures to them. And when they came to Emmaus, and Jesus kept walking, they asked him to stay with them, because it was getting late. So he agreed. And as they sat down to eat, he took the bread and blessed it. Then as he broke it and gave it to them, their eyes were opened and they recognized him. Though it was evening, they immediately ran back to Jerusalem to tell the others that the Lord was risen indeed, and how they had recognized him in the breaking of the bread.