Fruit of the Spirit 6: Generosity 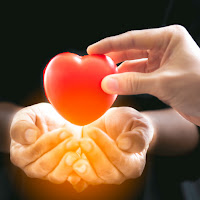 But it’s not perfect. And today we see what I consider to be a glaring imperfection. Even if you don’t know anything about Greek, this is almost a no-brainer. In virtually every translation, the word for this particular fruit of the Spirit is goodness. What’s interesting here is that even in the NRSV’s predecessor translation—the Revised Standard Version—the word is goodness. And this is also true in the NIV, the King James, and the New Living Translation, to name but a few.

So I’ll take a look at the actual translation. The Greek word in question is ἀγαθωσύνη. Maybe that doesn’t mean anything to you. Except it probably should. A lot of times things aren’t as hard as we assume they’re going to be. If we clear our minds, we might actually be able to hear two things about this word that we recognize.

First there’s ἀγαθω-, or agatho-, which, of course, sounds an awful lot like the name Agatha. In fact, it’s simply based on the masculine form of that very feminine name. Remember that just about all names have meanings—especially classic names like this one. And Agatha means good.

And of course you also recognize the last part of this word, -σύνη. You may not think you do, but you’ve seen the letters syn- before. You’ve seen it in synonym and synchronize, for example—same meaning, same time—so syn- as a prefix means same or together. So this word means good together, or a goodness that’s a part of us.

Based on what we now know about the Greek word ἀγαθωσύνη, it’s easy to see why every translation but one translated it as goodness. But that one—the one that I am inclined to trust the most—must’ve had a good reason to go off the beaten path here, right? Well, if it does, I’m just not seeing it. And believe me, I tried. I trusted the NRSV enough to plan this service around its translation. For example, today’s hymns aren’t the ones I’d have chosen if I’d started writing the sermon before this past Monday. I’d have found something more about goodness than about giving.

And it’s not like the NRSV consistently gets this word wrong. It occurs four times in the New Testament, and in the other three places, it is, in fact, translated as goodness. One of those places is in Romans 15:14, where Paul is trying to inspire people to share themselves with others: You… are full of goodness, filled with all knowledge, and able to instruct one another. In other words: Use what you’ve already got to help others.

And if you’ve been following my approach to this sermon series, I hope you can see how that idea fits in with everything else I’ve said. The fruits of the Spirit aren’t supernatural spiritual gifts. They’re part of a lifestyle seen in the life of anyone who takes their faith seriously. But before I talk about that in today’s context, I want to talk a little bit about doctrine.

For almost as long as there’s been a Christian church, there’s been a debate about sin. Is sin just something we’re free to choose? Or is it part of our make-up, part of our nature, part of who we are? Now if you come down on the side that thinks we have a tendency to do the wrong thing, then it’s possible you believe in a thing called original sin. Most people who believe this trace the whole thing back to the Garden of Eden, and the eating of the fruit that God said not to eat.

It's not entirely clear that this was actually the purpose of this story about Adam and Eve, but one thing is evident—and that is that this story seems to be a whole lot more important to later Christianity than it ever was in the Bible. These days, a lot of Christian thinkers think that telling people that they’re born sinners is at best unhelpful, and at worst wrong.

I think I personally fall somewhere in the middle of this argument. It seems evident to me that, whether we like it or not, human beings do have a tendency to choose the wrong thing—at least sometimes. But I also find encouragement when I read books by people who reject the doctrine of original sin. I’m thinking this morning of two of them in particular, both called Original Blessing. One of them’s from about forty years ago, and it was written by a Dominican priest named Matthew Fox. The other one’s by an Episcopalian named Danielle Shroyer—it’s only about five years ago.

I could do a whole sermon series on this topic alone, but I don’t have time here to give book reports on these two authors. But the point they’re making is that Christianity has historically misinterpreted biblical passages about sin. They say that neither the Hebrew Bible nor Jesus taught a doctrine of original sin. Instead, they say that we were born not under a curse, but as blessings.

And the original Greek of today’s theme word supports this belief. That’s because ἀγαθωσύνη doesn’t just mean goodness, it’s talking about an inherent goodness—a goodness that’s part of who we are. I don’t think it can be denied that we all have some evil within us. But perhaps it’s an even bigger mistake to believe that we have no good in us. We are created in God’s image, and God is good... all the time.

We say we have faith in the Jesus of the gospels. But what did that Jesus do and teach if not goodness? And when our goodness teams up with our gratitude, I suppose that results in generosity. So maybe that’s why my Bible translation chose that word in its rendering of Galatians 5:22. So when a follower of Jesus embraces their inherent goodness, we are generous in our sharing with others. This is true not only of when we give our gifts in church, but also whenever we don’t hold back on speaking encouraging words, when we give our time to help or to listen, when we are not stingy in our forgiveness, and when we are extravagant in our welcome of all people.

So remember what Paul said when he was writing to the Church at Rome (15:14) about the love of Christ: You are full of goodness. You know these things so well you can teach each other all about them. May we take these words to heart and embrace the goodness of God that accompanied us into this world and has stuck by us throughout our lives.
—©2022 Sam L. Greening Jr.