'As the Pacific Sea'

But he was in the stern, asleep on the cushion; and they woke him up and said to him, “Teacher, do you not care that we are perishing?”


Introduction: Asleep in the Back 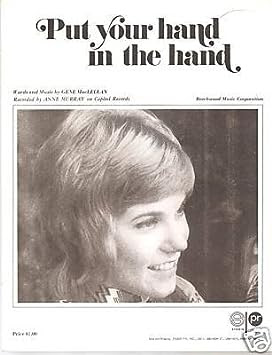 Today’s gospel reading is both familiar and a bit unexpected. It’s familiar because we all know that there’s a story in the Bible that tells us that Jesus calmed the sea. In case we’re apt to forget, there’s a popular old song to remind us:

And in our church, we’re also blessed to have a portrayal of this story in one of our stained glass windows—one of my favorites. put your hand in the hand

But the story is also unexpected—maybe even a bit foreign. No matter how familiar you are with the Bible, it’s always a jolt to read about Jesus’ reaction to the storm.

We can easily relate to how the disciples reacted. They were scared. To be caught in a sudden storm on the water is never a pleasant experience. But this was two thousand years ago, and these were very poor men. And that’s really all we need to know if we’re wondering how sturdy their boat was. Doubtless it was pretty small and pretty rickety—not the sort of vessel you’d trust to withstand crashing waves, high winds, and the possibility of getting tossed against a rock.

But Jesus? Jesus was asleep in the back of the boat.


I. The Fear of Nothing

This may all seem a bit strange to us. But remember, we’re 21st century Americans. To us, the sea is just the sea and a storm is just a storm. Both are aspects of nature which we’ve studied in school. As Christians we believe that they—or at least the laws that form them—are part of God’s creation. But we don’t believe that they’re either divine or demonic. We might not sleep through a storm at sea, but our fears probably wouldn’t reflect the ancient view of what was happening.

To understand a more ancient view of them, we need to look at the Bible—namely the very opening of the Bible: Genesis, the first chapter, the first two verses:

In the beginning when God created the heavens and the earth, the earth was a formless void and darkness covered the face of the deep, while a wind from God swept over the face of the waters.

In the Bible, water is not just a source of life and refreshment and renewal. That’s its controlled form, its friendly form. There’s another kind of water in the Bible, and it’s not just uncontrolled and dangerous. It’s the direct opposite of creation. It represents the very chaos that the Holy Spirit’s power brooded over until the Word was spoken and the process of creation began.

This uncreated waters of chaos didn’t just threaten in the beginning. According to ancient cosmology, the waters of chaos continued to churn in the oceans and seas—and not just there but above the firmament. The ancient universe was a much more threatening place than we can imagine. Open water was not just water, and a storm was never just a storm. They represented the very unmaking of all that was made, and so the fear of them was a fear of a nothingness that most of us probably can’t imagine. hebrew cosmology

And this was what Jesus was sleeping through. And when he finally woke up (not because of the storm but because his disciples woke him up) and he ordered calm where there had been chaos, this is what the disciples reacted to. There were miracles and there were Miracles, and this was a Miracle. Greater than casting out a demon or healing a disease, calming a storm at sea was a Miracle of the order of creation—a Miracle that placed Jesus on the same level as God.[2]

And so this story is important to the church because it helps us develop what we call a christology—that is, it helps guide our thoughts and words about who Jesus ultimately is and how he relates to God.

But most of us don’t use words like christology in our everyday lives, because -ologies just don’t do that much for us when we’re struggling to get by, when we’re joyful, or when we’re frightened. It’s especially in that last instance—when the storms of life are raging [3]—that the everyday meaning of this passage comes to the fore. And I think it’s at this level that we can best understand Jesus’ words to his disciples when they woke him up: Why are you so scared? Do you still have no faith? (v 40) He doesn’t expect them to perform the same miracle that he did. He expects them to have confidence that, because they belong to God, nothing can threaten them with nonexistence. Or, to use a triple negative: nothingness cannot threaten them with nonexistence.


II. It’s Raining Men
(and Women… and Children…
and Their Pets) 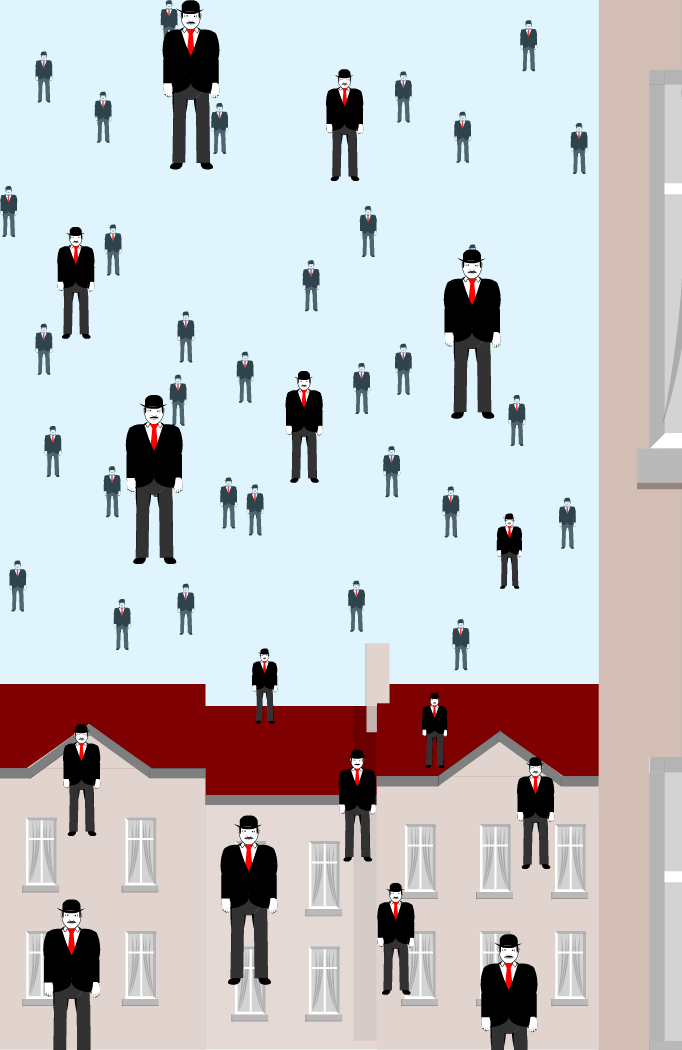 I know I talk about one particular event in my life a lot, but it’s hard not to. I was reminded of it again this past week when I went to see a show at the La Jolla Playhouse called Come from Away. It was about the little town of Gander, Newfoundland which suddenly had to make room for thousands and thousands of stranded airline passengers who landed at their airport on 9/11. As most of you know by now, I was one of those passengers.

When we think about raging storms, the terror and uncertainty of September 11, 2001 stands out as one of the most anxious moments in any of our lives. I’ve never met a person who cannot remember not only where they were at 8:46 AM Eastern on that day, but where every member of their family was, where their friends were, what they talked about, and what they felt as well. And the fear was justified. Things that had seemed absolutely permanent were being turned into nothing before our very eyes. To have been in the air at the moment of the attacks sounds, after the fact, absolutely terrifying. But of course those of us in the air were completely unaware of what had happened. Had you asked me before it happened, I’d have said that the worst part of the experience would’ve been to be stranded at that moment in a country that was not my own among people I did not know.

And yet, that was the best part. I’ve never understood the story of the calming of the tempest better than when I was caught up in terror and was not terrified. I’m not saying I’m a super Christian. I have many ridiculous and irrational fears: I worry hours in advance that there might be too much traffic at some point later in the day. I lost sleep many times during my recent condo renovation because I was worried that whatever was happening at my place the next day was going to upset a neighbor. And, as we all know, I am stricken with kaphelaphryphobia—a fear so real and rare that I had to make up my own word for it: it’s the fear of weak coffee. If you don’t know what I’m talking about, stay for refreshments after church today. I made the coffee.

But on 9/11 I was never scared, and neither were the people around me. It’s as though a tempest was raging all around me, and I was able to sleep on a little vessel in the midst of the storm. I’d like to think that my faith in God was the reason for this peace that went beyond understanding. And I’ve no doubt that faith did play a rôle in it. But of the thousands of people around me, many weren’t even Christians, but they felt the same peace and gratitude. We were being provided for. Kitchen stoves were fired up 24/7 to feed us. Every linen closet in that part of the island of Newfoundland was emptied out so that we could have bedding and towels. Prescriptions were being filled for free. Diapers, baby food, and formula appeared out of nowhere for families with young children. Local people were going into the bowels of the planes and taking care of pets that were absolutely not allowed to join their families. The lack of fear on our part was not just an exercise of faith; it was the product of a community.

And that aspect of their experience, as much as anything else, is what the disciples should have had in the midst of the storm when their little boat was being swamped. The Lord, even though he was asleep, was in their midst, and they were together. Christ’s criticism of the disciples was aimed at their fear, but the fear wasn’t what we think. It was more of a timidity, and that timidity is what so often locks us within ourselves and prevents us from reaching up and within and out: Reaching up to God by knowing God’s promises to us; reaching within to find our core—a core which does not consist of terror, but of the peace of God’s Spirit; and reaching out to the community—even if the community is engulfed in the same fear. While the faith of individuals makes a community courageous, it is within the context of community that we arrive at that faith. So which came first, the faith or the community? Neither: God came first.

An horrific event happened this past week, the victims of which we’re honoring today. It was the murder of nine people in a church in Charleston, South Carolina. I do not know how those people felt or reacted at the moment of their deaths. I’m sure they must’ve been terrified. But I don’t think it’s the kind of fear that Jesus would have criticized. That’s because their fear had not made them too timid to be faithful, too afraid to reach up to God, to reach within for the peace of the Spirit, or (most especially) out to their community. I believe this, because the one thing about those Christians that stood out above all others in my mind was that their last mortal act was to spend time in prayer with and for an individual who hated them.


Conclusion: ‘As the Pacific Sea’

In a sermon on the text, Father, forgive them, for they know not what they do, a 17th century pastor spoke of the attitude of Christ toward his enemies in this way: 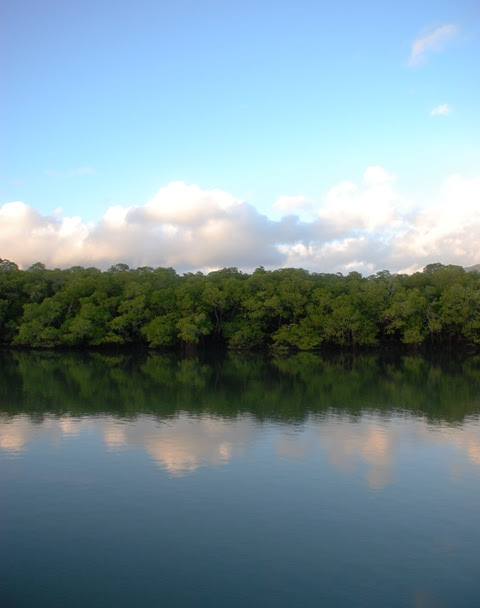 This temper of spirit gives Christians the true possession and enjoyment of themselves; so that our breasts shall be as the pacific sea, smooth and pleasant, when others are as the raging sea, foaming and casting up mire and dirt. [4]

Despite what some popular preachers tell us, God does not promise us that we would never suffer. But what God has promised us is to be with us, even if God’s presence is unseen—yes, even if Christ appears to be asleep while waves are crashing in upon us.

The fact of the matter is that the One who watches over us never slumbers, [5] and the body of Christ is never asleep. Should a faithful Christian in Syria be executed because of her faith, the community has not been killed; and should a prayer warrior in South Carolina succumb to the forces of hatred and violence arrayed against him, our prayers will continue.

The next time you face a struggle, remember: The sea has already been calmed. It’s okay if we don’t embrace suffering gladly. But no pain or violence or persecution or storm can threaten who we are. And that is because of whose we are: We God’s people are, and surely God will fold his own securely.