His mother treasured all these things in her heart.  —Luke 2:51b


Introduction: Once in a Lifetime

Once every three years, the story of the boy Jesus at the temple comes up in the cycle of readings we call the lectionary. Since it falls up on the Sunday right after Christmas, and pastors often take that Sunday off, the truth of the matter is that we really only have to preach on it once every nine or even twelve years—and the clergy burn-out rate being what it is, I’d say most pastors only preach on this passage once in their careers… if that often.

Though I’ve been through the lectionary cycle about ten times now, I can’t remember the last time I ended up preaching on this text, and so I don’t have any old sermons to fall back on. Unfortunately, It’s not an easy one. But something about it spoke to me when I studied it and meditated on it this week—something important… thought not very theological.

I. Pete & Hannah
But let’s get the story out of the way first. It’s an odd story. But I think one of the aspects of it that’s supposed to speak to us is the glimpse it gives us of Jesus’ boyhood. One of the things we see is that Jesus’ family makes an annual pilgrimage “up” to Jerusalem. So we see that Jesus was brought up in a family of faith.

But we also see something else—and this isn’t on the trip to Jerusalem, but on the trip back. It’s obvious that they didn’t make the trip alone, but as part of a community. And as part of the community, Jesus didn’t spend all that much time with his parents—so it appears that he was much like other twelve-year-olds in that way.

We see this, because it was a full day before his parents noticed that he wasn’t around. They searched high and low, gradually making their way back to where they started, and it was a full three days before they found him… right in the temple where they’d last seen him.

According to Luke, Mary said to him, “Child, why have you treated us like this? Look, your father and I have been searching for you in great anxiety.” But if you believe that this is a direct quote, then I admire your faith. Personally, I think Mary’s words were probably a lot less measured and a lot less formal than that. I know that if Mary was anything like my mother, then it would’ve been time for the two greatest enemies of my childhood to have made their grand entrance at that point.

Surely you know who I’m talking about. “For Pete’s sake! If you ever scare us like that again, so help me, Hannah…”

The theological point behind this little family tiff is to remind us of Jesus’ true identity. And to let us know that, even at the tender age of twelve, Jesus’ priorities were not those of the average adolescent. Jesus was the Son of God. And as the Son of God, he was more insightful than other children his age—shown in his conversation with his elders. And, finally, of all the places on earth he might want to be, his refuge was the house of God.

This is as it should be. But even knowing this, Luke can’t hide the fact that Jesus might not have stayed behind strictly to be about his Father’s business, but it’s entirely possible that he got lost. Mary and Joseph might well have thought he was just hanging out with the other kids at the time of departure—after all, that was probably where they were used to seeing him—but when the caravan left, Jesus might have wandered off.


II. From Prophecy to Silence

The misunderstanding between Jesus and his mother was short-lived, however. And it quickly gave way to something else. And this something else is what I really want to talk about today. This is the second time Luke mentions it here in the same chapter.

The first time was twelve years earlier when Jesus was a newborn Baby, wrapped in swaddling clothes, and lying in manger. The angels had sent the shepherds to find the Baby, and when they talked about the message they’d received out there in the fields that night, everybody was amazed, and it’s clear that the shepherds themselves were quite jubilant. “But Mary,” we’re told, “treasured all these words, and pondered them in her heart” [v. 19].

And then again in today’s reading we read almost the same words. After the incident in the temple, Luke tells us that they went back “down” to Nazareth, that Jesus was well behaved, and that “his mother treasured all these things in her heart.”

Last Sunday seems like a long time ago, but it was only seven days. I talked then about all that Mary has to teach us—even us Protestants. And today is a continuation of last Sunday, for Mary is still teaching—but this Sunday not so much in the eloquent prophecy of the Magnificat, but in the silence of her wondering—and perhaps even somewhat confused—heart.

Mary’s knowledge only goes so far. And in most cases—certainly mine, if I’m being honest—speech has more endurance than my intelligence. But in Mary’s case (wonder of wonders!) when her brain reaches its limits, her mouth closes. The Bible tells us that the shepherds’ message in the birth narrative was beyond anything she could’ve expected. And instead of questioning, arguing, or boasting, she pondered what she saw and treasured in her heart all that she’d been told.

And again today, she encounters the unexpected—not in what she’s told about her Son, but in what he tells her about himself. And instead of scolding or arguing, she treasured in her heart what she’d just seen him do and heard him say.

This is no blessing of misbehavior, for she realizes that what’s just happened has gone beyond anything Jesus did. Instead, it goes directly to the root of who Jesus is. What’s just happened told her of his nature; and that, indeed, was something to think about.


Conclusion: Doing vs Being
And that’s a real 21st century message, isn’t it? Perhaps it’s taken God’s people two thousand years to get to where we could understand something important that’s going on here. And even now, it seems that most people who worship God are still ignoring Mary’s example. When confronted with the nature of who her child is, she treasures what she’s come to understand: she doesn’t brag, she doesn’t argue, she doesn’t scold, she doesn’t fight it, and she doesn’t try to change it—she loves and she ponders and she treasures. 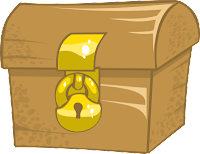 This sounds like great parenting advice, doesn’t it? A parent’s job is to guide a child’s behavior—to discourage things that are dangerous and encourage industry; to discourage meanness of spirit and promote kindness. But for all that a parent can and should do, there is something in every creature that is beyond our control. And this goes double (or triple) for children: We can teach a child good habits and model good behavior, but we cannot change who the child is in the eyes of God.
Mary came up against this at least twice that we can see in a single chapter of Luke—probably many more times throughout Jesus’ life. And I think Mary’s experience is part of the human condition. No matter how hard we try, we cannot change the course of nature or the will of God. People are who they are.

And if this is true of children, it’s equally true of adults. People are who they are, and it’s usually the case that when we come up against somebody we don’t quite understand or something about someone that goes beyond our knowledge, then a little Mary probably isn’t a bad idea: Ponder what we don’t understand, and treasure in our hearts the limited knowledge we do have. Eventually we’ll come to where we need to be—whether it’s with one of our children, an adult family member, a coworker, or a neighbor.

When Mary discovered that who Jesus was was beyond her ability to control, she treasured in her heart what she’d come to understand. May God grant in our own lives that we might receive our children with the same grace, and that we realize that there’s nobody we’re going to encounter who’s not a child of God.