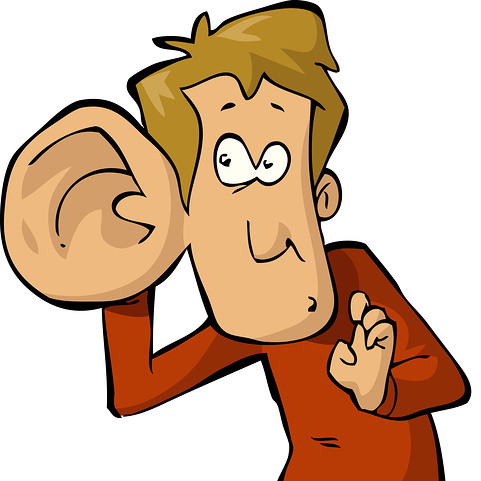 Though I was taught never to use a psalm as a preaching text, I suppose that’s what I’m going to do this morning. And though the appointed psalm is supposed to compliment the reading from the Hebrew scriptures—which the 19th Psalm does quite beautifully with its emphasis on God’s law—I’m actually going to tie it in with the reading from 1 Corinthians.

This section of Paul’s writings to the Corinthians is probably the most famous. He notes some dissension there, and he uses an image of the church to help them understand how pointless
and destructive a divided congregation can be. And that image is the body of Christ. Paul used language that was probably supposed to be amusing to talk about what this means. Eugene Peterson said that

This illustration is a cartoon: first a foot, then an eye, and then an ear pretend to be the body. We laugh. ‘You think that is comical?’ says Paul, ‘but it is exactly the way you appear when you pretend to be superior to or separate from other Christians.[1]

And one of the grounds for superiority (or inferiority) is the different gifts that church members are blessed with. Paul gives a list of spiritual gifts in 1 Corinthians, but I’ve never really thought of those as being the only gifts of the Spirit, nor do I believe that all of them are necessary in a given church. Our tradition has basically viewed this as a list of gifts that were needed in the first century, which means that some of them may not be needed today.


I. The Gift of Tongues

Perhaps the most controversial of those gifts in our day and age is the gift of tongues—something that existed in the early church, but which even Paul seemed to think was over-emphasized. And, in fact, this gift was not much discussed again until the Pentecostal movement began to not only experience it but even describe it as a sign that accompanies all who have been baptized in the Holy Spirit.

I was reminded of the gift of tongues when I did some research on Psalm 19. I’ve always found the first part of the psalm somehow both very confusing and deeply moving at the same time:

Heaven describes God’s glory, and the skies tell of God’s craftsmanship. What today keeps telling tomorrow is also shared by one night to the next. And yet this communication occurs without speaking and without words: indeed, without a sound. —Ps. 19:1-3 (paraphrase)

The research I was doing was in what Dutch theologian Abraham Kuyper had to say about the gift of tongues back at the end of the 19th century.[2] Maybe I should’ve known this all along, but I’d seriously never thought it in these terms. He spoke of the corruption of human speech and the disconnection between God’s Spirit and the human spirit when we express ourselves.

Think about the purity of God’s speech—a language so absolutely truthful that when God spoke a word, whatever that word expressed came to be: light, darkness, sun and moon and stars, land and water, plant and animal and human: all are described in the scriptures as being the result of the purity of God’s expression. We may understand creation a bit differently than this today, but the new cosmology and the theory of evolution do not make impossible a belief in God’s word and the resulting reality—in fact, the creation described in Genesis 1 can be interpreted as an eloquent metaphor for both.

II. Glossa vs Logos
According to Kuyper, to understand the gift of tongues, we have to understand the difference in Greek thought between γλῶσσα and λόγος , or tongue and word. The ancient Greeks thought of these two concepts as being in opposition to each other, with λόγος (word) being spiritual and pure, while γλῶσσα (tongue) was physical and corrupted. The early church was more Hebrew than Greek, and so didn’t necessarily see it this way, but it is clear that they saw the tongue as coming after the word, or the physical expression of anything as being dependent upon its spiritual expression… except in the miracle of tongues: here we see the tongue as being in direct communication with the Holy Spirit.

Though the gift of tongues is mentioned in Mark’s gospel, in the book of Acts, and in 1 Corinthians, I don’t see a requirement for it in the church today. Instead, just as Paul says at the end of 1 Corinthians 12, our understanding of the different gifts of the Spirit he names are not an end unto themselves, but serve to point us in the direction of something even better: “Strive for the greater gifts,” he wrote, “and I will show you a still more excellent way.”[3] That way, as I hope we all remember, is described at length in the following chapter, and it is known as love.

III. The Power of Words
And that’s what I want to close with this morning, a day when we have celebrated yet another baptism. And what better context can we imagine for the welcome of a baby into the church of Jesus Christ than a discussion of language and love. As history moves along, it sometimes seems that no progress is being made. There’s so much war and division and oppression that it’s easy to lose hope.
But let’s try to keep hope alive, because for all the bad stuff we’re reminded of, let’s think about the progress. Words of judgment and condemnation, careless speech and cruel—it all used to be thrown around without question. Children would hear horrible things spoken about them, about others, and even to them. And nobody thought that much about it—and those that did weren’t allowed much of a voice.

In my lifetime, I’ve seen this change. Our vocabulary has improved. We’re more willing now to talk about racism and body shaming and sexism and homophobia. Yes, there’s still plenty of all those things around, but at the same time, there are people who can name the problem. Thus, those who are careless and those who are cruel no longer have the last word.

My prayer for [the child who was baptized] this morning is that in the family he grows up in and in the world he is a part of, words of love and understanding won’t just be the last word, but the first. In Jesus Christ, God’s Word was made flesh, that is, the separation of language from spirit was overcome. In the body of Christ, we should be especially aware of the power of words to heal or to hurt, to bring together or to drive apart.

Conclusion: The Nature of Speech
In the Bible, night is created when today speaks to tomorrow, just as today was created when last night spoke to tonight. The language of nature is creative. Without human interference, beauty is brought about by the silent speech of the created order.

And part of that beauty is the diversity of nature. Night and day have no argument with each other, and though day always stands between two nights and night between two days, this creates harmony, not confusion. The beauty of one wouldn’t exist without the other, and each fulfills a deeply felt need.

So it should be with us, who understand the beauty of nature and yet have the power to undo it. Let us treasure difference, let us safeguard variety, and may the words we speak to one another reflect God’s word to us: A word of love, a word of understanding, and a word intended to create and not to destroy.