I shall ask the Father, and he will give you another Paraclete to be with you for ever. —John 14:16 NJB


Introduction: Our God is a Snuggly God

There’s something that Jesus promised us in Greek that most of us can’t quite understand. He promised us something called the Paraclete—not a word we use every day. In fact, when I typed it, my autocorrect tried to change the word Paraclete to parakeet. And this unfortunate mistake might accidentally send us down the right path, for the bodily form of the Paraclete in the Bible is at least a bird—in this case, a dove. The Paraclete, therefore, is the Holy Spirit.

Before the crucifixion, Jesus told his disciples, “If you love me, you’ll keep my commandments. And I’ll ask the Father, and he’ll send you another Paraclete, to be with you forever.” [1]

In most of our translations of the Bible, the word Paraclete isn’t used, of course. [2] The word that made it into our vernacular comes to us from the version of the Bible authorized by King James. Though I never hear anybody refer to the Holy Spirit as the Paraclete, I do often hear the Holy Spirit called by the King James term, Comforter. And comforter is by definition a very comforting word.

The meaning of the word comforter was similar in 1611 when that translation was first published, and it wasn’t the first time it had been translated that way: The Geneva Bible of 1599 also called the Paraclete the Comforter. But we have built on that word since 1600, in ways which tend to downplay other aspects of the word. Specifically, comforter can’t help but conjure up images of softness and cuddliness in our minds. In fact, comforter is much more likely to be a synonym for duvet than it is be used as a religious term in our everyday speech.

But when you take the word comfort apart, you might get a better understanding of the kind of comfort that was being expressed when that word was first coined. The second syllable holds the key: fort, as in fortify and fortification. The kind of comfort the Comforter brings has less to do with tucking us in and more to do with strengthening us.

And so paraclete in the New Revised Standard Version of the Bible which we use in this church is translated not as comforter, but as advocate. This, no doubt, helps us avoid confusing the God of strength with the warm fuzziness of a duvet. For an advocate offers a different kind comfort than a soft quilt can.

An advocate is more of a legal term than a theological one; but that’s okay—paraclete originally was, too. A paraclete in ancient Greece was a person called in to advocate for someone who needed legal help, and the term has even made its way into the legal system of modern Israel as praklit. [3] So really, any legal advocate in English might be thought of as a paraclete. One of the persons in our system who I think can best convey the meaning to us is the kind of advocate we call a CASA volunteer. CASA, of course, is house in Spanish. But it also stands for court appointed special advocate; and in this case, the court is appointing someone to advocate for a foster child.


So if we want to think of God sending us a comforter, let’s think of this kind of comfort: Not somebody who speaks platitudes to us, somebody who is characterized by softness; but someone who speaks up for us, somebody whose strength we can lean on, somebody who knows the facts beneath the surface and is willing to use them to get us through a system that we little understand. A kind word might certainly be part of the equation. But the real comfort is found in the fortification of our case before an indifferent (or even hostile) legal system. 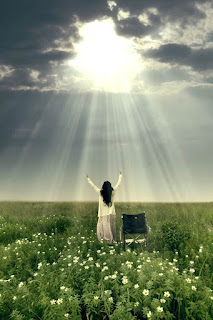 The Bible’s language has probably been legal language more often than we realize. Law, advocate, redemption—these are all legal terms that have deep meaning for Christians. But did you know that even the word that we think of as the proper name Satan is also a legal term? In the Hebrew Bible, it’s not a proper noun, but is usually referred to as the satan [4], or the adversary—an office akin to a prosecuting attorney.

And so if the prosecutor is the satan—the adversary—then God’s people need a paraclete, or an advocate to strengthen us and to speak on our behalf. When Christ walked the earth, he was the one who filled this office. But as he was getting ready to leave, he promised his followers that God would send them another paraclete—another advocate—one who would never leave them.

This was John’s language. Luke’s language was less legal and probably a bit more inspiring. Just before he ascended, Luke’s Jesus said, “See, I am sending upon you what my Father promised; so stay here in the city until you have been clothed with power from on high.” Luke also recorded Jesus as saying, “You will receive power when the Holy Spirit has come upon you; and you will be my witnesses…” [6]

And both evangelists have had great influence on the way we understand the Holy Spirit. John taught us that Jesus promised a comforter or an advocate. Luke taught us that Jesus promised power from on high. Luke helps us see that John’s Jesus did not promise the kind of comfort that encourages us to curl up in goose down and sleep undisturbed. If we use Comforter instead of Advocate to understand the word Paraclete, then the emphasis has to be on the middle syllable: fort, or power.


III. A Tower and an Upper Room

Because that’s exactly what happened on the fiftieth day of the resurrection of Jesus: The Bible tells us that everyone who believed was together in an upper room simply waiting for God; and that something very powerful happened. Somehow these words from the psalms became a reality: You make the winds your messengers, fire and flame your ministers. [7]

The sound of the wind and the appearance of the tongues of fire were not the Spirit, but were signs of the Spirit—God’s servants notifying those present that something new was happening. In the same way, the languages spoken by the newly anointed church were not the Word, but were ways that the Word was being shared. They were a peculiar miracle of that special day, a diversity of tongues sent forth into the world to turn the curse of the Tower of Babel into a blessing.

In Genesis 11, we see all earth’s people trying to make themselves like God and having their languages confounded so that they couldn’t understand one another. In Acts 2, we see all the people of the world hearing confounded languages but understanding them as the one Word of God.

The message here is that the human spirit cannot lift itself to God’s level. Though the idea of a large group of humans being united as one sounds glorious, when it happens independently of God’s Spirit, it’s a dangerous thing. It’s probably more likely to be a tyranny than a love feast, and those who are different are usually silenced. But when God’s Spirit is present, a union is created that embraces diversity. We don’t need to be the same to hear the same message. And if a diversity of people receive the same message, it’s not too far-fetched to imagine that their expressions of that same message are going to be as diverse as they are.


Conclusion: We Need a Pentecost

The wind and the fire and the languages were a miracle for the church on the day of its birth. Perhaps that miracle has been repeated in other times and in other locations. I won’t try to guess.

But we’re living in a different age and in a different place. I believe God has miracles in store for the 21st century American church. But I don’t necessarily think they’re the same miracles that were needed 2000 years ago in Palestine. And as long as we come to church to be tucked in—to snuggle up in a Holy Spirit we imagine to be an invisible duvet—I doubt we’ll ever realize what it is God has in store for us.

But we’re afraid. And our fear is being exposed in ways that used to be easily hidden. In the recent past, all we needed to do was to hide our faith in respectability. And what was more respectable than the spiritual descendants of the Mayflower singing their psalms in a pleasant little church in a California coastal village? We feared being different. We wanted our faith to be acceptable and did all we could to mitigate the religious fanaticism that sometimes reared its head in the Christian religion.

But those days are past, and the very possession of a faith that brings us together is increasingly seen as religious fanaticism. Try letting someone know at a cocktail party that you go to church, or mention at work that you’re not free on Sundays because you attend a worship service: Sometimes you’ll meet with curiosity, at other times absolute silence, and—increasingly—even outright negativity.

Our situation is not what it was in Acts 2. And therefore the presence of God’s Spirit within us and beside us will probably not need to manifest itself in the same way as on the Day of Pentecost. But that doesn’t mean we don’t need our own Pentecost. And it certainly doesn’t mean that each of us can’t be a part of whatever needs to happen.

How can the good news of God’s love be shared with a world that thinks it has outgrown it? How can the need for forgiveness be impressed upon a society that believes it can do no wrong? How can the language of Christ be spoken in culture that is already inundated with words?

These are all difficult questions, and we fear the answers, because we know that they will cause us to be seen as different. But God has promised to call an Advocate to our side—One who stands up with us when we don’t know what to say, who stands up beside us when we need strength to lean on, and who lives within us, granting us the very power of God.