Men of Galilee, why do you stand looking up toward heaven? This Jesus, who has been taken up from you into heaven, will come in the same way as you saw him go into heaven. —Acts 1:11 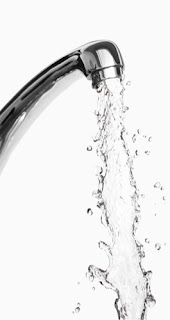 All of us know what it’s like to receive news so stunning that we’ll never forget it. Sometimes, of course, it’s good news. Sometimes it’s bad news. And sometimes it’s simply something that defies reality. I won’t dwell on really horrific news I’ve received that I’ll never forget—and there has been some. But I’ll mention a couple of other bits of news that rocked my world.

One such piece of news was ecclesiastical in nature. I guess I’ve always tended toward the theological. And as a kid, I developed a sort of a baptismal doctrine in my head, and nobody ever said anything to disabuse me of the notion—namely, that all baptismal water was imported from the River Jordan. I don’t know why I thought this. But I did. And I don’t remember exactly how the subject came up, or whether I witnessed the font being filled at my home church. But at some point in my teen years I found out that Protestant baptismal water was simply tap water. Nothing at all extraordinary about it—at least not until it was put to use in a sacrament.
Though the baptismal water story does have something to do with church, it has nothing to do with this sermon. Except that it reminds me of this other bit of news that bowled me over, and which happened when I was a senior in high school. I was really into my German classes, so I decided to take French as an elective. And the first day or two, the teacher taught us some common and useful phrases, one of which was “What is this?” or “What is that?” which, in French, is, of course, Qu’est-ce que c’est? Now at this point, I knew nothing of the rules of French spelling or French pronunciation. All I could do was parrot back what the teacher had taught me. And so, when, a day or two after the fact, we were taught how to actually write the question, Qu’est-ce que c’est? I was completely shocked. It was actually six words in three syllables: What is this that this is?

If the rules about how to spell a French expression I’d already heard came as such a shock to me, then it’s not inconceivable that a strange new English one might be just as shocking to someone else. You’ve all heard of theology, right? It’s the study of God. But people in my line of work also talk about a bunch of -ologies that come as subheadings to theology, such as: 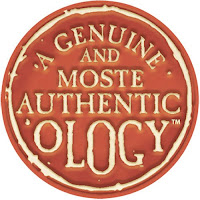 Well one of the most common of these is eschatology, which is the study of last things. I mentioned it once in a Bible study, and one of the people taking part who had never heard this word must have thought I was speaking French, because they said, “Escha-what?” And all my mind could do was to go back to French class, where we learned that one of the ways to ask a question in that language was to begin it with, Est-ce que…? which means, “Is it that…?” So, another way to ask, Parlez-vous français? is to say, Est-ce que vous parlez français?

And so this is a way to remember how to pronounce the word eschatology if you ever run across it. The first part isn’t pronounced esha- as it probably looks to most English-speakers, but est-ce que… as though it were the beginning of a French question. Eschatology, the study of last things.

Perhaps this word shouldn’t be foreign to us, but it often is. And that’s because the study of last things is not something churches like ours talk about very much. On the one hand, we associate it with manipulative preaching—preachers who use the return of the Son of God as a ploy to frighten people into responding to their message. In the hands of such preachers, Christ becomes a tool—and not the gentlest one in the toolbox, but, more often than not, a hammer. Or maybe even a nail gun. 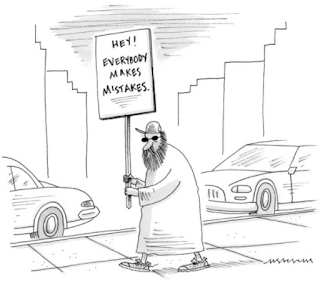 And then on the other hand are crackpot predictions of the end of the world. There were lots of these just before the year 2000, and they still pop up every now and again. Some entire churches were even founded by prophets who predicted the return of Christ for a very specific date. And even though they appeared to be wrong, they somehow salvaged their reputation—in some cases by blaming their followers for not being worthy enough, and in others by claiming that Christ did return, and only the worthy were able to perceive it.

It’s in this context that I believe many of us listened to the reading from the opening of the Acts of the Apostles this morning: Lord, is this the time when you will restore the kingdom to Israël? and This Jesus, who has been taken up from you into heaven, will come in the same way as you saw him go into heaven. The only thing in this account of the Ascension that I think we feel completely comfortable with is Jesus’ statement, It’s not for you to know... [1]

This idea of the return of Christ, of the last things, of eschatology, was at the center of the early church’s beliefs. The first Christians lived their lives as though Christ would return at any moment. The earliest book of the New Testament was written in no small measure to reassure Christians that those who died before Christ’s return were not lost. [2] 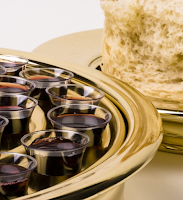 People from more liturgical traditions let me know that they missed singing the Sanctus (or Holy, Holy, Holy) regularly when we celebrate communion. I thought it was a very good idea to include it each time we observed the supper, so we’ve been doing that more than just sporadically lately. But there’s another part of the communion liturgy that, say, Catholics and Episcopalians and Lutherans would be accustomed to in their services, and that’s what’s called a memorial acclamation, which, in its most basic form, says, “Christ has died, Christ has risen, Christ will come again.” [3]

This is one of the last vestiges of eschatology found in most Christian worship services. We receive the bread and the wine as a promise of something greater and more immediate at the end of time when we are seated with Christ and all the saints at the heavenly banquet. Indeed, the Bible’s oldest recorded statement of what we refer to the “words of institution” are found not in one of the gospels, but in 1 Corinthians, when Paul quotes Jesus as saying, “This is my body…” and “This is my blood…” and then finally telling the Corinthians that, “as often as you eat this bread and drink from this cup, you proclaim the Lord’s death until he comes.” [4] I have generally included these words in the way I celebrate the Supper, but since conforming more to the tradition with the singing of the Sanctus, I’ve also been more explicit in including a memorial acclamation which all of us participate in. We’re not yet at the point of singing it, but our hymnal has several settings for it, so we’ll probably get there eventually.

If eschatology is naturally a part of our observance of the Lord’s Supper, then how much more does it need to be part of our celebration of the Ascension? In fact, the Ascension helps us understand that we don’t need to ignore eschatology because we are intelligent people who believe instead in historical fact. No, the Ascension helps us “bring history into the service of eschatology.” [5] And the first place we see this is right here in the recording of the Ascension event itself, with an angel reprimanding Jesus’ disciples for just doing nothing but looking to heaven for something to happen: This Jesus, who has been taken up from you into heaven, will come in the same way as you saw him go into heaven (the same way meaning, in the flesh). In other words: Don’t just stand there—this isn’t about waiting for heaven to do something; it’s about you—flesh and blood human beings—doing what Jesus showed you to do. 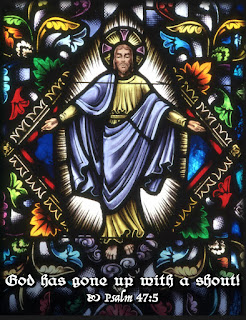 None of this means there’s no life in the meantime. But we live our lives looking forward to the fulfillment of a hope. Though Jesus told us to live for today [6], that’s hard for us to do. Except at certain times, such as at a meal. When we’re sitting down and eating with friends or maybe with our families at Thanksgiving, no worries of tomorrow cast a shadow on what’s coming next, and no hope for tomorrow’s perfection casts a shadow on what’s happening now. We are able to live in the moment. Since that’s how Jesus told us to live, it shouldn’t surprise us in the least that it is in the midst of a supper that Jesus commands us to celebrate his presence.

And so on this Sunday after the Ascension, let’s look at the study of last things in a different way. Instead of fearfully asking “est-ce que what?” when we hear something about eschatology, let’s think of it as the fulfillment of our hope, a time beyond time when we no longer need worry about the future or look to the future for our true lives, a time when all that is disordered is brought together, when all that is separated is made whole.

In the meantime, we have heard the promise of wholeness, and we have eaten at the table where the chaos gives way to order and where the estranged are brought together. Our Ascension task is twofold: both to wait for the Spirit’s leading, and to do the work of Christ when that leading comes. It’s time to let go of our old caricatures of eschatology—perfectly portrayed by the cartoon of a bearded man holding a sign saying, “The end is near.” Be the end near or far, the body of Christ has been strengthened by God’s Spirit and educated about what God’s work is in the world. Instead of staring up into heaven, let us be agents of sustenance and healing and reconciliation, for this is truly the word and work of the Lord.