Another Meditation on Prayer

This meditation is the second one I gave on the same Sunday and speaks about prayer from the viewpoint of process theology. The first discussed the same subject from the more traditional Reformed point-of-view. It can be read here.

If you then, who are evil, know how to give good gifts to your children, how much more will the heavenly Father give the Holy Spirit to those who ask him!
—Luke 11:13

If you listened at all to the verses of scripture that immediately followed Luke’s version of the Lord’s Prayer, then you learned that Jesus taught that we can indeed change God’s mind. Or at least cajole God into acting more quickly on our behalf. I won’t say that this necessarily contradicts my first meditation of the morning. But it certainly doesn’t fit comfortably with what I think of as the traditional Reformed view of prayer. 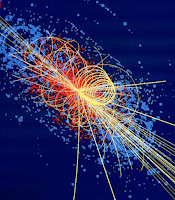 But don’t worry. If you prefer to think of a less omnipotent but more omnipresent God, then you are in the right church. Though most of the United Church of Christ’s roots are in the Reformed tradition, the contemporary UCC looks elsewhere for its theological inspiration. Though we don’t now have a theological confession that we’re required to subscribe to in order to be UCC pastors (let alone church members), a school of thought called process theology holds sway among many (if not most) of our clergy.

If you’ll remember, I’ve talked about process theology a few times over the past eleven years. It is not the theology I subscribe to, but I feel comfortable recommending it to people whom I think it might help bring closer to God. And one of the areas where many find it the most helpful is the area of prayer.

In most traditional theology, God is thought of as immutable, or unchanging. This immutability is one of God’s essential attributes—that is, one of the things that makes God God. Another of those attributes is God’s omnipotence, God’s “almightiness.” Combine these two essential attributes, and we can better understand yet another, and that is God’s impassibility—the notion that God is unaffected by any exterior force. 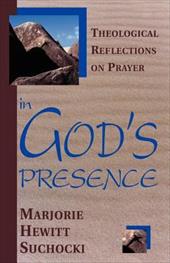 One of process theology’s more accessible advocates is a woman named Marjorie Suchocki, who has been especially influential in her understanding of prayer. Near the beginning of her book In God’s Presence, she asks, “Could we not imagine a God pervasively present throughout all the universe, filling all its vast and small spaces, its greatest galaxies and its tiniest motes of stardust?” She goes on to talk about God’s presence in this way: “If God’s power works through presence, and if God’s presence is an ‘omnipresence,’ then one could say both that there is no center to the universe, and that everything in the universe is center to all else.”

The problem of evil in the world has contributed much to process thought. Why, process theologians ask, does power have to be what defines God? Could not goodness be just as important an attribute for what Deity is? And if so, are we willing to give up some of our understanding of God’s omnipotence in order to more fully embrace a God who is good? For many, this better explains the relationship between our free will and God’s power, and allows for a continued belief in God even in the face of some of recent history’s horrors.

Suchocki’s God is more than anything else a relational God. “Prayer in a universe with a relational God who shares power and freedom with a people,” she writes, “is quite different from prayer in a universe where God can at will override all persons and situations.” Process theology encourages us to imagine the relationship between God and the world—and the prayers that connect the two—as a dance. Her writing is quite beautiful on the subject, and her description of how transformation might be brought about, for example, in the life of an addict, is truly moving.

God interacts with the world through divine touch. “Imagine, then, that God experiences our own energy in every moment of our completion. God—the God of the universe—is touched by who we are.” Please note the difference between this understanding of God and the traditional understanding. The God described by the traditional church is all-powerful and is not changed by who we are and how we change. The God described by (at least part of) the modern church, though always and everywhere present, does not—perhaps can not—impose the divine will on the universe or any component of the universe. This God both gives and receives; transforms and is changed.

In the end, I believe strongly in the God described by the tradition. I don’t reject process theology by any means. It simply isn’t a foundation that can support my own faith. If it brings anyone else closer to God, or better encourages any of you to approach God in prayers that you feel are being heard, then I cannot recommend more strongly this little book by Marjorie Suchocki. Many theological works are out of reach to many people who don’t spend as much time thinking about these things as pastors do. But this one is as devotional as it is conceptual. And even a died-in-the-wool traditionalist like me finds much of it inspirational.

I’ll close today’s musings on prayer with something that helps bring us together, whether we subscribe to the Old-Time Religion, or believe in the God of process thought. Octavius Winslow—a 19th century preacher who spent most of his life as a Calvinist Baptist, but who died an Anglican—once said that, whatever their differences of ecclesiastical polity, discipline, or worship—whatever their varied gifts, attainments, or position in society—prayer is the moral atmosphere of the one church of God. Whether or not we believe that prayer changes God’s mind, I think we can all agree that prayer definitely helps transform us from what we would be without God in our lives into what we can be with God in our lives.

With that in mind, let us turn to God in prayer…