When you serve English-speaking churches in other countries, you meet lots of people from lots of different places. And one of the things you learn when you meet people from Britain is that the old saying is true: Americans and Britons are separated by a common language. Case in point. When I was in Europe, I was the coordinator of lots of different English-speaking programs, and when the pastor of the church in Hamburg, Germany left to come back to the United States, the congregation had to wait several months for its new pastor, so I went to Hamburg to serve them in the interim.

Though they loved their old pastor, there were lots of complaints about how nothing he did was ever familiar to them; and when I tried to pinpoint exactly what it was they found so strange, I discovered it was the hymns. Since this particular congregation was populated mostly by people from England and South Africa, it was evident that one of the problems was the songs that they were used to singing weren’t the same ones that the American pastor was used to choosing from the church’s hymnal published in the United States.

This problem’s easy enough to solve, I thought, so we talked about the songs they loved the most. The one that really stood out was All Things Bright and Beautiful. And that made sense. Apparently it was a song that was sung frequently in England, but in the United States not so much. So I chose it for the following Sunday. I expected the complainers to be considerably pacified after church that day, but instead they were practically apoplectic. As it turns out, Americans sing the exact same words to a completely different tune. 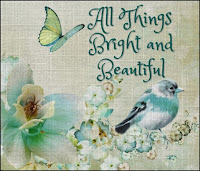 And I think that’s what may have happened here. Today’s service is called Blessing of the Animals. And I think that most people have come to church expecting that to mean one thing, but finding that it, in fact, means another. In a little while we’ll hold our pets close and say a prayer, but it won’t be so much a prayer of blessing as it is a prayer of thanksgiving and even a prayer for pardon—our pardon, not theirs. And this is because the blessing that occurs on a day like today is not imposed by the minister of this church on animals, but by the animals on the church.

This all has to our theology of creation. God created all things to be a blessing, but creation is in a fallen state. But that is no fault of the animals. It’s because of the bad stewardship of humans. Sometimes we selfishly and knowingly abuse the earth. But other times, because we have so separated ourselves from creation, we think we are doing the earth a favor when we are actually hurting it. 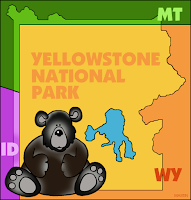 Another case in point: Yellowstone. When Europeans showed up on the scene in that part of the country, we had a vision of what would make things ideal. And that ideal didn’t include wolves, and so we saw to it that all the wolves disappeared. It made raising livestock much easier. And for three quarters of a century, there were no wolves in Yellowstone National Park.

But a few years ago (1995), a single wolf pack was reïntroduced to Yellowstone. And the change in the environment was almost immediate and it was incredible. By this, you’d think I meant that the wolves killed many of the deer and rodents and whatever else it is that wolves hunt, and the change was simply in the number of animals. And though of course some of that happened, that’s not what I’m talking about. The wolves killed a few deer, because they—like us—are predators. But the main thing that happened, and it happened almost immediately, was that the deer—whose population was totally out of control—began to behave differently in order to keep away from the wolves. They began to avoid certain areas, and when that happened, vegetation that had been eaten away by the deer began to grow and thrive. Tree seedlings that once would’ve disappeared began to become trees. Barren fields became grassy meadows and grassy meadows became woodlands. Yes, the deer were elsewhere. But this meant that birds returned, and rodents. And when these came, so did foxes and badgers and eagles. The young trees were inviting to beavers, and the beavers began their work of engineering. And the courses of the rivers changed. And if you were to think that was all the work of the beavers, then you’d be wrong. The wolves played just as important a rôle in that change. No wolves don’t build dams, but the deer, which were now in their more natural habitat, were no longer removing all the vegetation from riverbanks. And so the roots of the grasses and the trees stabilized the banks and the rivers quit meandering and in many places their channels narrowed and deepened. Thanks to the wolves, there was now new habitat for fish.

We might not realize it, but the fellow predators who accompany us through our lives are in their own way more naturally creative than we’ll ever be. There is a wisdom to the natural world that we have forgotten. But it’s still right there in many places in the Bible. The 19th Psalm tells us that the heavens proclaim God’s handiwork, and the wordless speech of the cosmos preaches the glory of God. And when we seek answers to the questions of the ages, Job tells us to ask the plants and animals and they will teach us, the birds of the air and the fish of the sea, and they’ll tell us about the God who made us all [see Job 12:7-9].

Our dogs and cats and other pets are possessed of a wisdom that we’ve forgotten, and these creatures that share our homes and our hearts aren’t just a blessing to us, they’re a blessing to God’s creation. When we look at our dog or our cat, we shouldn’t just see a house pet. Instead we should see a forester and an engineer, a creature whose instinct is to create habitat for birds and rabbits and beavers, and whose wisdom changes the courses of rivers and restore creation to its natural balance. We think we’re smart, but we’re not as wise as some of the friends we most take for granted.

And so in a few minutes we’re going to share in a blessing. But it won’t so much be us blessing our pets—they are already blessed by God in ways that we cannot imagine—but more to give thanks for the blessing that they are to us. But first, let’s sing All Things Bright and Beautiful… using the American tune.
—©2016 Sam L. Greening, Jr.