Each of us is filled with raw materials that we call emotions. None of them are bad, really, because they’re each a gift of God. And if they’re a gift of God, then we can put each of them to some God-given use. The proof of this (to me, at least) is found in the Book of Psalms. There we can find just about every emotion being poured forth to God in prayer. Love, hate; anger, peace; assurance, turmoil; loving, indifference. You name it, it’s there.

If it seems odd that some of the emotions that we think of as negative are found in the Psalms, then we need to look at what happens to them there. For example, there are several prayers for vengeance in the Psalms. But if we remember that the psalter is a prayer book, then it’s helpful to remember that the answer to prayer is sometimes No. A few weeks ago, I talked about Israël in Babylonian Exile, and how it was in the 137th Psalm that we can read their first reaction to losing a war and being carted off to live the rest of their days in a foreign land. The psalm opens with an incredibly beautiful lament—perhaps one of the most beautiful passages in the Bible:

By the rivers of Babylon we sat down and wept when we remembered Zion. On the willows there we hung our harps. For there our captors asked us for songs, and our tormentors asked for mirth, saying, ‘Sing us one of the songs of Zion!’ But how could we sing the Lord’s song in a foreign land?


As beautifully as it opened, the psalm closes with a desire to carry out vengeance not against the Babylonians, but against their little children.

But the prayer that is the 137th Psalm is actually answered in the Bible. In the 29th chapter of Jeremiah, in fact. For there we find the prophet telling Israël not to listen to the voices that are telling them that God’s answer to that prayer was to continue to refuse to sing, or even that they should carry out the vengeance that was in their heart. No, Jeremiah told them, what they were really supposed to do was to settle down and live their lives. It was in Babylon that the songs were not only sung, but collected and prepared for publication. And far from taking out their hatred on the Babylonians and their children, Israël was to pray just as fervently for Babylon’s well-being as once they prayed for her downfall.

Those who wish to expose the whole idea of belief in God as either naïve at best, or harmful at worst, love the 137th Psalm, for it shows the ugliness found in the pages of the Bible. And to that I say, Yes... yes, it does. But all the Bible is doing here is being honest about the human condition. It is openly expressing a human emotion. And, if we care to read on, it is not only giving a response, but giving one that is more elegant that any we could imagine on our own: Sing the Lord’s songs in a foreign land, and pray for the well-being of your enemy’s children.

I hope that none of us wish to take out our anger on the children of those who have wronged us. But how many of us have been rounded up by invaders and forced to leave our country? It’s probably pointless to ask what our reaction to horror would be if we’ve never experienced that particular horror. But what’s not pointless is to ask: When I am angry, when I am overwhelmed with negative emotions that I dare not admit to the people around me: Would I dare to take those emotions to God in prayer?

When we come to a fork in the road, it’s often our emotions that cause us to choose one path while ignoring the other. It’s clear that opposite emotions are often made from the same stuff that already exists within us. There are many interesting places in the scriptures where this truth is held out to us. In the past, people used metal for the same sorts of things for thousands of years, and so the metaphor found in this morning’s reading from the Hebrew scriptures remains deeply meaningful, even though those things are no longer part of our everyday lives. Isaiah (2:4) tells us that the different nations gathered at the base of the Lord’s mountain

shall beat their swords into plowshares, and their spears into pruning hooks: nation shall not lift up sword against nation, neither shall they learn war any more.

This same passage is repeated nearly word-for-word by the Prophet Micah (4:3).

But one of the things you don’t hear much about in church (because, quite frankly, we just don’t like to talk about it) is that the Prophet Joel (3:10) has this to say:

Beat your plowshares into swords, and your pruning hooks into spears; and let the weakling say, ‘I am a warrior.’


What do we do with our raw materials? A passion that might produce anger doesn’t necessarily have to produce anger. Remember: the same metal can be used to produce both swords or plowshares, spears or pruning hooks, tanks or tractors.

And anger doesn’t have to remain angry. Just as swords can be turned into plowshares and spears into pruning hooks, so anger can be transformed into justice-working or even peacemaking. One of the first things we need to do is to be aware of what’s going on inside ourselves.

Have you ever found yourself getting worked up over something, and then stopped to examine why? When we do that, we usually discover that the thing we’re getting worked up over is sometimes not the thing that’s at the root of our anger. And it’s almost never the only thing. When one raw emotion has created spiritual swords and spears within us, our first reaction when we’re challenged by something else—often something totally unrelated to the original irritant—is to turn to the arsenal of weapons that we’ve created for ourselves. The warfare this creates within and around us can be quite damaging. Here's an easy example (but no less meaningful despite its obviousness): when a situation at work has made us angry, and yet we won’t (or sometimes even can’t) confront it head-on with our boss or coworker or customer, how often do we use the weaponry we created for that situation against someone we love at home? This transference of anger can result in anything from sullen silence to cross words or even some form of abuse.

Now, anger isn’t always wrong when it confronts its original cause. There's such a thing as righteous anger which can result in positive change. At the beginning of every wedding ceremony, the liturgy always says, “Jesus himself graced a wedding at Cana of Galilee.” Perhaps every time we get angry, we should stop and say to the person or situation we’re angry at, “Jesus himself got angry and drove the moneychangers from the Temple.”

Okay. Well maybe we should say that silently. But it’s really not a bad idea. Liturgy exists for a reason. It incorporates God’s blessing into something important that we’re doing or even feeling. And liturgy is often based on history: I wouldn’t do a baptism without repeating the verse from Matthew (28:19) in which Jesus tells us to do what it is we’re about to do:

Go therefore and make disciples of all nations, baptizing them in the Name of the Father and of the Son and of the Holy Spirit.

So why not live our lives more liturgically and make anger a right of passage, blessing it with a reminder of why this is okay. And if we cannot make the connection, if we cannot see Jesus’ valid anger in our own anger, then perhaps we should ask ourselves if the raw materials we’ve used to make swords and spears might better be used to create something more gentle and more immediately life-sustaining. 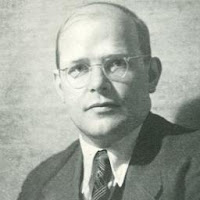 Three of the twentieth century’s greatest theologians were confronted with grave injustice, and spoke of peace without using platitudes. They talked about what it means to create peace in a violent and unjust world.

Dietrich Bonhoeffer in Nazi-era Germany taught us that peace is not just the absence of violence, but a process by which society turns away from violence and toward justice.

Mahatma Gandhi spoke of non-violence as the opposite of acceptance and inactivity. For him it was “soul-force”—an

emotional raw material that must be intentionally used to create something other than a weapon with which to lash out.

And Martin Luther King showed Americans how this soul-force was a deeply Christian concept. He taught that non-violence wasn’t a passive acceptance of injustice. No, it was to confront injustice in such a way as to make it obvious to the world that the oppressor him- or herself has to choose between creating 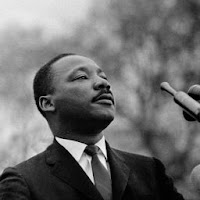 swords or plowshares… and that if the oppressor chooses the sword, it’s not the end. Raw materials can always be recycled into something else.

And so the keyword today is peace. We love to call Jesus the Prince of Peace. And one of our favorite Christmas passages is the song of peace on earth that the angels sang to the shepherds the night of Jesus’ birth. But the peace of Christ comes not by accepting things as they are, and not simply striving for a lack of warfare. It is shalom—a wholeness that makes justice and righteousness a prerequisite for peace.

So let us this advent make a liturgy of our emotions. Just as we would not celebrate a Baptism or the Supper without incorporating Christ’s words as the basis for what we’re doing; and just as we always bless a Christian marriage with a reminder of Jesus’ presence at the wedding of Cana; so perhaps we should incorporate Jesus’ anger into our own.

For Jesus’ anger was never selfish and never in self-defense. It was anger at an injustice which damaged others, which helped create a system of abuse of power, which enriched the few while leaving the many in need.

And by the same token, Jesus spoke of peace in the most challenging words imaginable. Yes, he said, “Blessed are the peacemakers,” but he also admitted that the peace he made forced us to make difficult decisions. He told us we should be willing to create division if remaining united meant the victory of injustice (see Matthew 5:9; 10:34-39).

In the prophet’s vision, the people arrive at peace on God’s terms. It is God who arbitrates, but the peoples themselves who actively create something new out of their weapons. Let us pray for peace and study peace, but let us see for ourselves what we can create out of the mess that we have made.
—©2016 Sam L. Greening, Jr.