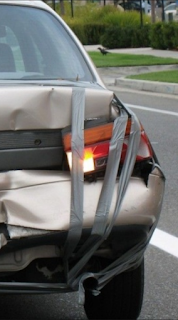 Headed up Torrey Pines Road a couple of weeks ago, I was behind an old car that looked like it'd been rear-ended. The whole back of the car seemed to be kept together by duct tape. I thought of that when I started writing this sermon. If I were to ask you, “What do you do to keep it together?” how would you answer? I hope you wouldn't answer that you use duct tape. I really mean, what is important enough in your life that you would turn to it to keep chaos at bay. What is it that, even when all else is lost, if you have this one thing, you can make it through.

For many of you it’s a grand concept like family—not just a person, and not just a certain set of people, but the idea that there are people held together by a common bond, regardless of who they are.

For others it’s service—service to country, service to a cause, and even (I hope) service to God.

A lot of people might say it’s their job. And in many cases, service and work are the same thing. I would hope most pastors would at least consider the work they do to be something that helps them to keep it together.

I’ve known several people who would say that a pastime is what helps them keep it together—something they can spend time on to calm their nerves, remove them from a tumultuous world, and engage their passions.

For many of you it’s a specific person. And for many of you this is actually a painful question, because the person you would have named as your answer is no longer by your side. If that’s the case, what would you say now?

And I guess the same thing can be said about any of our answers. Life isn’t constant. What was once possible for us is not always something we can do. The people who once surrounded us cannot stay there forever. Promotions, demotions, layoffs—these all change our relationship with the work we do. The causes we serve also change: When things go really well, we might be victorious and find ourselves saying, like Israel after the Babylonian exile, When the Lord restored the fortunes of Zion, we were like those who dream. [1] Or sometimes we are handed a defeat so bitter that we cannot imagine regrouping or taking up the mantle once again. What once empowered us to keep it together has fallen apart. And because the center could no longer hold, our opinion of who we are and what we’re capable of isn’t what it once was.


I. The Queen of the Sciences 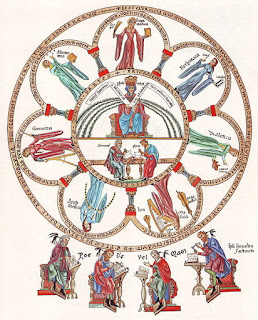 I’ve named a lot of things that might help us keep it together. But none of those things really keep anything together. And I think we know that… and if we’ve forgotten, sometimes a jolt or a tragedy or a catastrophe can force us to remember. For in the best of times we usually don’t have to think too deeply, do we? We can make happy assumptions about our lives and about the way things are. We can take our good fortune for granted. We can become complacent.

But when the bad times come (as they must to all lives, sooner or later), we are forced to question the things we have (or don’t have), the way things are, even who we are. As for me, that’s why I’m here. I know many of you probably think I’m in church because it’s my job. But I’d be here even if I weren’t the minister. And if not here, then in some other gathering of Christians on the Lord’s Day.

These days, many people think of scientists as being the ones who look for sources and connections. Maybe even most people. Even Christians have forgotten that theology was once called the Queen of the Sciences. Far from discouraging scientific research, the church used to sponsor it. What we now think of as real sciences were once thought of as essential to understanding theology, the highest of the sciences.

There are those who are glad that the days when science served faith are behind us. I’m not one of them. I believe that if we are possessed of faith, then faith is at our core—it transforms how we think, how we act, how we perceive ourselves, and how we perceive our surroundings—both seen and unseen. If we are possessed of faith, then we believe that there is One who is before all else, and that all things are held together in this One.


II. The Source of Integrity 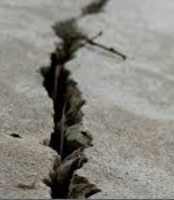 To be before all things is to be both the Creator and the Means of creation. There may indeed have been something called a big bang. But some kernel of matter must already have existed in order for there to have been a bang. In this sense, all sciences still serve theology, for no science has yet explained the origin of that kernel.

And in the same sense, there must be something beyond scientific explanation that gives creation its integrity. Now, integrity has two meanings. One is structural. A house that is infested with termites might well have its structural integrity effected. Or we might say of a strong foundation made of stone that it has integrity.

But of course, we also mean something else—and this second meaning is actually more common in our everyday speech. For a person to have integrity is for that person to adhere to their principles, to practice what they preach. It’s what the psalmist was asking for when he or she prayed, Teach me your way, O Lord, that I may walk in your truth; give me an undivided heart to revere your Name. [3] To have an undivided heart is to be wholly committed to something or someone, to know in the heart of that heart what it is that put us here, and what it is that keeps us together.


III. Such Times as These 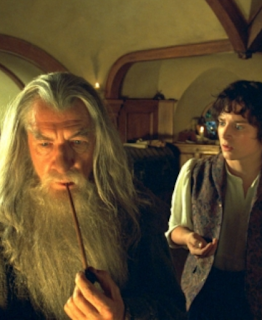 Not just persons, but systems and nations can lack integrity: they state a belief in the equality of all people, and yet all persons are not treated equally; they put forth justice as a principle upon which they’re built, yet laws exist only to advance the interests of the powerful. Such a system is like a glorious house whose foundation has cracked and crumbled after decades of rain and frost. It may retain its beauty for a time, but its days are numbered.

No material wealth, no human being, no nation lasts forever. We know that in theory. We just hope never to have to put that theory to the test. When confronted with the truth of the return of evil into the world, Frodo, in The Lord of the Rings, said to Gandalf, “I wish it need not have happened in my time.”

“So do I,” said Gandalf, "and so do all who live to see such times. But that is not for them to decide. All we have to decide is what to do with the time that is given us.” [4]

When the people or things or notions that we look to help us keep it together are like a rug that is ripped out from under our feet, it’s time to think seriously about who we really are and what we’re really about. Knowing where we come from and the true Source of our integrity is essential to our survival.
But more than our survival, such knowledge is also the source of our ability to do what is right. 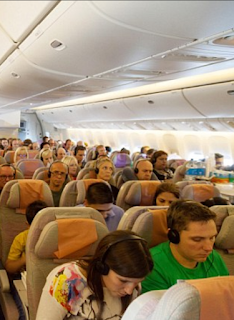 For many of us, the current situation finds us in fear for our future, the future of our families, the future of our country, and even the future of the world. But we know that neither a political party, nor even a constitution is the true Source of who we are, nor are any of those things what truly holds us together. To be a Christian is to be able to affirm that Christ himself is before all things, and in him all things hold together. And in times of doubt and chaos and uncertainty, we are able to say, “When I am afraid, I will trust in God.”

What a comfort that is. It’s like flying home in coach. I have placed my faith in God, but I’m still afraid. So afraid, that I not only feel like I’m flying coach, but that I’m sitting in the 36th row. All the way back next to the lavatories. In a middle seat. Right next to a crying baby. And there’s lot of turbulence, to boot. No, I’m not happy with my conveyance. But in the end, I’ll get back to where I came from.

I would like to share with you one of my favorite prayers. It’s from New Zealand, and it says: Father, imprint upon our hearts that because we belong to you, no one can pluck us from your hand; and because we fear you, we need fear no other. [6]

There is no sin in fear. Fear is sometimes necessary. It is a wake-up call. It tells us that we are in the presence of something either awesome or dangerous. But remaining in fear is not the ideal for a Christian. In John’s Gospel, Jesus told his disciples that he no longer thought of them as servants, but as friends—not because they’d chosen Christ, but because Christ had chosen them. And not just chosen them, but empowered them to bear fruit in the world. [7]

Sisters and brothers: The One through whom we were created; the One through whom the whole of creation maintains its integrity has chosen us and empowered us. We need not cower in the back, but claim the confidence that is ours in Christ. I know we may not be there quite yet. Sometimes there’s a time of waiting, of gathering strength, of prayer and study. But even so, there is a time stand up, face the chaos, and share the good news with the world that chaos is not the final answer, and that the One who created order out of chaos, will also bring order to our unruly lives and speak courage to our fear.