'What Use Is a Birthright?


How many of you all have heard the story before of Esau and Jacob? It’s somehow hard to imagine and easy to react to at the same time. First we have twin brothers, whose future relationship is played out in the womb—and not just their relationship, but the relationship of all their descendants: The two boys struggled with each other in Rebekah’s womb; so she asked God why she had to go on living this way.

The first twin to be born was hairy and red, so he was named Esau, which means hairy. But his brother—already a smooth operator—came out holding on to Esau’s heel. And so they named him Jacob, which means heel. I suppose it’s just a happy coïncidence that when we call somebody a heel in English, we mean something totally different… something that might also apply to Jacob. For the pejorative meaning of heel fit just as well in this case as the literal meaning of of the name Jacob.

It’s not long before we find out why.


I. That’s Some Tasty Stew!


Esau was a hunter, and was his father’s favorite. Jacob was more of a mama’s boy. And since Esau was born first, his was the birthright of the elder son—a situation that neither Jacob nor his mother intended to leave be. For God had actually told Rebekah that things would be otherwise.

And so when Esau came in from the fields one day saying he was hungry, Jacob saw his chance, and he took it. He’d been cooking a stew that you could smell all over camp, and when Esau followed his nose to Jacob’s cooking pot, he asked for a bowl of it. “I’ll trade you a bowl of stew for your birthright,” Jacob said. 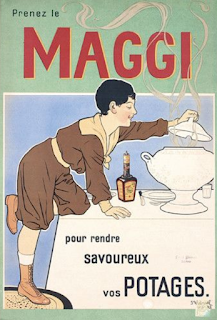 Now here’s where things really start to fall apart for me. Because who says something like that? Who would say it to a stranger, let alone to their twin brother? This is what I meant when I said this story is easy to react to and difficult to imagine. Because I can’t believe what I’m reading, and yet my reaction is visceral. To my modern ears, I think that he must be kidding. And by Esau’s reaction, I think he must be thinking the same thing.

“I’m starving to death,” Esau said. “What use is a birthright to a dead man?” And just like that, he sold his birthright for a bowl of stew.

But did he really think that’s what he was doing? Did he really think he was making a permanent deal with his twin brother? I want to sympathize with Esau. But apparently he did know what he was doing in a moment of discomfort—and that must’ve been all it was. The Bible tells of no famine in the land at that time, nobody starving to death. Esau was simply hungry, and Jacob had some stew.

II. From Birthright to Blessing

But Jacob wasn’t satisfied with Esau’s birthright. He also wanted his blessing. And so when they were older and their father was blind, Isaac told Esau to go hunting and make him his favorite dish. And when he returned with it, he’d give him his blessing. And so Esau left. But Rebekah heard what her husband said, and so she convinced Jacob to kill a couple of goats so she could make the same dish and Jacob could supplant his twin brother in every way. When she’d finished cooking she covered Jacob’s smooth arms with hairy animal skins, and thus when Isaac in his blindness reached for his son, he felt the hair and smelled the outdoors, and he was tricked into giving Jacob Esau’s blessing. It ended with words that sounded like God’s blessing on his own father, Abraham:

May God give you of heaven’s dew and earth’s bounty of grain and wine. May peoples serve you and nations honor you. You will master your brothers, and your mother’s sons will honor you. Those who curse you will be cursed, those who bless you will be blessed.

Afterward, Esau returned with his father’s meal, and Isaac was confused, because he’d just had Esau’s food and given Esau his blessing. “Who are you?” he asked, and when Esau told him, both father and firstborn son realized they’d been tricked. “Not for nothing was he named Jacob, the Heel,” Esau said. “Twice now he’s tricked me: first he took my birthright and now he’s taken my blessing.” And thus the only words Isaac had left for his favorite son were a prediction of a difficult life and servitude to his brother. But in the end, he told him, Esau would break free of his brother’s bonds.

“I’ll kill him,” Esau swore, and Jacob knew not only that his brother meant it, but also that he’d earned his brother’s hatred. And so he and his mother arranged for him to leave for Rebekah’s homeland where he’d be safe from Esau for a while.

We’ll hear more of Jacob’s story next week. But it’s hard to leave Esau behind. Losing his blessing was not necessarily his fault. But as much as we want to feel sorry for him, in the end it’s impossible to understand why he sold his birthright as though it were either a joke, or something of so little value that he’d turn his back on his future in order to gratify his most immediate desire. 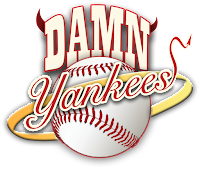 Other stories come to mind, such as the legend of Dr. Faust, who sold his soul to the devil in exchange for unlimited knowledge. This story was made famous in German by Goethe. Many of us are more familiar with this legend in the form an American play based on a novel by Douglas Wallop called The Year the Yankees Lost the Pennant. The play was Damn Yankees, and it’s about a man named Joe who sold his soul to a guy named Mr. Applegate in exchange for the ability to become a great homerun hitter who plays for the Washington Senators, and who could keep the Yankees out of the playoffs.

Sure these stories are known to us. But it still seems difficult to understand Esau. After all, how many of us remember that we’ve even got a birthright? And if we do, how many of us do not gladly say along with Esau, “What use is a birthright for the future if I can sell it for something I need now?”

This tribal need that we see arising in this country and in others to place our nation first, or to promote the future of an ethnic group, or to claim that our language takes precedence over other tongues, or even to claim a special status for our religion—these attitudes are beneath us. We identify not with a flag or a race of people, but with Christ. And we cannot promote the interests of the Crucified One by putting down those who don’t agree with us, by mistrusting others, or (God forbid!) by believing that there’s something about us that’s better than them.

One of the main things the Bible teaches us—both the Hebrew part and the Christian part—is that when we depend on our natural human interpretation of what birthright is, we will often be mistaken. Isaac was younger than Ishmael, and yet Isaac inherited Abraham’s promise. When Rebekah went to God in prayer about what she felt going on inside her, God told her that the struggle would continue, and that, in the end, the younger of her two sons would take precedence over the younger. A generation later, Jacob’s elder sons all ended up bowing to one of his youngest. Many generations later, David—the youngest son of a relative nobody—would be anointed ruler of all Israël. And not even King David’s eldest son inherited his throne, but one of his youngest sons—Solomon—became king after him.

This isn’t to say that God despises those who were born to privilege, or that doing the right thing doesn’t matter. But it does tell us that our past doesn’t dictate our present or our future. People who were born nobodies are somebody in the eyes of God. And people who have spent a lifetime messing up still have a future in the arms of God. For example: Simon denied Christ, and Saul persecuted Christians. But both Peter and Paul spoke truth to power and refused to back down in the face of death.

And so there’s a double message in the story of Esau. Remember who you are and whose you are and don’t despise your birthright—for it is the birthright of every child of God: It is dignity and love and equality and nurture and protection. It’s what we deserve, and it’s what we should be providing.

But at the same time, don’t hate those who don’t understand this. Don’t despise those who despise their own birthright. They, too, are children of God. They are our brothers and sisters. Their uninformed decisions have not robbed them of a future with God. And anyone who has a future with God cannot be denied a place at the table.

In the end, we can best treasure our birthright by treasuring others. Let us begin with the least among us. And when we work our way down (or up!) to those who think their own birthright is threatened by the least among us, let us embrace and not exclude, for they, too, are part of us.
—©2017 Sam L. Greening, Jr.