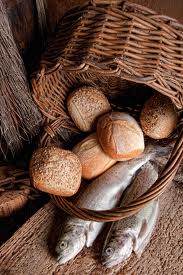 As far as Jesus was concerned, this was as bad as it got. To understand why, we have to remember that Jesus wasn’t just dropped to earth out of nowhere and in the middle of nowhere. He was fully human, and had had the very human experience of family. And one very important member of his family was his cousin John. We know him as John the Baptist. Not only were they close, but people associated them with each other. To this day, we debate who followed whom, and we still read the stories of how people actually got angry with Jesus when he didn’t do things the way John did them.

So remember all this when you put yourself in Jesus’ place the day he was told that John had not only been arrested, but that King Herod had had him killed—killed pointlessly and in a particularly dishonorable way.

Naturally, Jesus was devastated. All he wanted to do was to leave, to get away from it all, to be alone. And so he got in a little boat and went across the lake. But his time alone didn’t last long. When the crowds saw him leave, they went around the lake on foot so they could be with him—not because they had compassion on him but because he’d had compassion on them.


To show how different Jesus is than many of us, though, Jesus was able to look within at his deep need and translate it not into frustration (or even anger) that he didn’t have the me-time that he’d needed, but into an understanding of the deep needs of other people. And so he did have compassion on them; he ministered to the sick and the needy all day long.

At this point, church started to happen. Church, that is, as we know it. The disciples started to point out the problems of what Jesus was doing. And, God help ‘em, they also thought they’d come up with a solution. “It’s late. These people must be hungry. Dismiss them so that they can buy something to eat in nearby villages.”

Jesus was apparently glad they took the initiative to notice the problem, but he had another solution:
“They don’t have to go anywhere to eat,” Jesus told them. “You can feed them.” 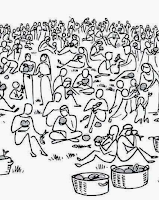 Notice that going on here is something that happens in churches all the time. A problem is identified, and somebody comes up with a loving but very impractical solution. And we all know what happens next. I call it dismemberment. The idea is picked apart and adapted until it’s just a shell of what it originally was—a carcass, really.

And that’s exactly what the disciples did. They began to tear Jesus’ proposal apart.

“Feed all these people? Not quite,” they laughed. “All we’ve got are five loaves of bread and two fish—barely enough for us.”

Finally we see that this isn’t just a miracle story. It is actually a parable of what the church, I think, quickly became. A place where the body of Christ was too often dismembered.

But in feeding the hungry, Jesus re-membered. He empowered his followers to feed the hungry, and though they had very good reasons why they couldn’t do it, he re-membered the idea that they had dismembered. And five thousand there in the wilderness that day were fed with enough left over to feed the rest of us. 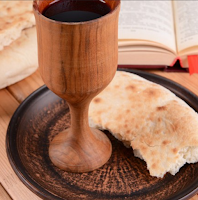 And if you wonder how that might come about, listen to another story from the life of Christ. It happened on the night before he died when he gathered for a final meal with those same followers whose tendency was to dismember any idea they found impractical. And as the supper was beginning, Jesus took a loaf of bread, gave thanks, and shared it with them, saying, “This is my body given for you. When you eat this, re-member me.” In the same way, as the supper was ending, he took a cup of wine and shared it, saying, “This is the cup of the new covenant in my blood. Whenever you drink it, re-member me.”

As we approach the table this morning, let us acknowledge our own brokenness, and admit our tendency to dismember the Christ we love and worship. Here he is re-membered. Here the crucified lives. Here the impossible becomes policy. Here at this table the impractical is celebrated: