Always a Reckoning: A Sermon for the Second Sunday in Lent

Therefore his faith was reckoned to him as righteousness.

Just about all religions offer the world a set of rules. In fact, many of the rules are the same from religion to religion. Most religions also offer a set of teachings to help believers understand the deep 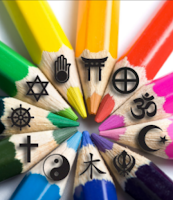 things of God and the heights of the universe, Christianity is, of course, a religion that—at least to some extent—offers rules and insights. But it might be the case that we’re deficient in both areas—at least compared to some of our competitors.

Most religions also offer believers a bit of entertainment, whether it’s in the form of ritual, or music, complicated liturgy, or maybe just a long weekly speech. In this, Christianity excels. But in a world with every form of entertainment imaginable available 24/7, humanity is turning less and less to Christian worship services in order to fill its hour of boredom.

And so, does Christianity actually offer anything that isn’t offered anywhere else or by any other religion? The answer is Yes. Christianity offers Grace. Grace is just a fancy word for unconditional love, or (to put it bluntly) getting something for nothing.

You’d think that this peculiar offering of Christianity would be wildly popular—
that people would be standing in line to learn more about it. But in the end, the notion of grace is an intruder into a universe whose laws are not graceful. I’m thinking in particular about a law called karma. Karma is a concept that we usually associate with eastern religions. But it’s also present in the Bible. In face we pray it every day when we say, “Forgive us our debts as we forgive our debtors.”

But karma isn’t strictly religious. It’s also scientific. Most of us know Newton’s third law of motion: To every action, there is an equal and opposite reaction. And in our era, karma is a popular philosophy that’s very attractive to many people. Sometimes it’s even romantic.

In his song Todo Se Transforma, the singer Jorge Drexler tells the story of a kiss that creates heat, that sets in motion a series of events that eventually turn the mill which compresses the grapes which become the very wine he tastes on his lover’s lips: Each one gives what he receives, and later receives what she gives. Nothing could be simpler, there’s no other norm, nothing is lost: All is transformed…* To every action, there is an equal and opposite reaction. Karma.

The Lord’s Prayer isn’t the only biblical example of this principle. The Apostle Paul uses it several times, such as in Galatians (6:7) when he wrote, You reap whatever you sow. Personally, I like Jorge Drexler’s version better.

Christians, of course, don’t call it karma, though. Paul uses a couple of words to help us understand the concept that things have to balance out in the end. One of those words is reckon, and this very reckoning is what Jimmy Carter was talking about in his poem, Always a Reckoning:

There always seemed to be a need
for reckoning in early days.
What came in equaled what went out
like oscillating ocean waves.
On the farm, our wages matched
the work we did in woods and fields,
how many acres plowed and hoed,
how much syrup was distilled,
how many pounds of cotton picked,
how much cordwood cut and stacked.
All things had to balance out.

I had a pony then that lacked
a way to work and pay her way,
except that every year or two
Lady had a colt we sold,
but still for less than what was due
to buy fodder, hay, and corn
she ate at times she couldn't be
on pasture.

Neither feed nor colts
meant all that much that I could see,
but still there was a thing about
a creature staying on our place
that none of us could eat or plow,
did not give eggs, or even chase
a fox or rabbit, that was sure
to rile my father.

We all knew
that Lady's giving me a ride
paid some on her debt, lieu
of other ways--but there would be
sometimes I didn't get around
to riding in my off-work hours.
And I was sure, when Daddy frowned
at some mistake I might've made, he
would be asking when he could,
"How long since you rode Lady?" 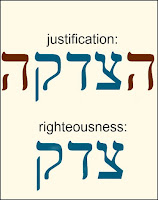 In the final reckoning in the economy of the farm, everything and everybody had to justify its existence. And this term justification is one of the most important concepts of traditional Christian theology.

Justification means being made right. In the Hebrew scriptures, it is the good side of judgment, and you can see in the Hebrew word for justification its relationship to the word for righteousness.

The Judeo-Christian concept of God includes the notion that God is perfect, and wants nothing to do with imperfection. Thus, the world must be justified in order to make a highway for God’s coming—which is exactly what one of our favorite Advent scripture passages (Isa. 40:4) says: Every valley shall be lifted up, and every mountain and hill be made low; the uneven ground shall become level, and the rough places a plain.

When Paul wrote about justification to the Romans, the word he used in the Greek language also made the association with righteousness unavoidable. And the way he writes about this whole idea is progressive in his letter to the Romans. He first talks about the horrendous sins being committed by some, then helps us readers see that these sins are really no different from their own sins, for all of us who put our own selves, our possessions, or our own desires before God are no better than any other idolater.

This seemed a bit strong on Paul’s part, but it looks like he was talking to people who claimed to be better than their brothers and sisters because of their ancestry. It was therefore necessary for Paul to tear down the false hierarchical structure that had arisen from a firm foundation, and start again from the ground up. And the foundation wasn’t any biological relationship to Abraham and Sarah, our spiritual forebears. Nor should it have been, because they themselves weren’t chosen because of their superior breeding, but because of their faith. It was their faith which was reckoned to them as righteousness—their faith, therefore, that justified them in God’s eyes.

And if it was their faith that justified them, then God’s people have no place claiming that it is flesh and blood that is reckoned to us as righteousness. For biological ancestry cannot make us righteous. Only our faith can justify us. 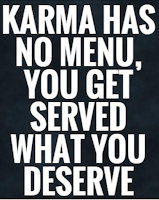 One of my favorite sayings is, Don’t let your karma run over my dogma. And in a faithless world, however, the wheels of the universal laws of karma flatten our dogma of grace every time. The notion that God loves us—not because we’ve earned God’s love, but simply because we have faith in God’s love, continues to be foreign to most religions…

Indeed, it’s foreign to most Christians. Sure we talk about grace, but once we feel like grace is ours, we feel the need to make rules which explain why we have grace, and others do not. If we didn’t do this, then we’d have to admit that grace delivers us from the laws of nature and beyond the reach of karma. And so we need constant lessons on how to speak the language of grace. Such lessons are completely unnecessary on how to speak the language of working our way into God’s love, because that is our native tongue.

It all sounds very complicated, I suppose. But if you read the Letter to the Romans, Paul has an answer for every question and an explanation for every complication. Today, we’ll just leave it at this:

Yes, there will always be a reckoning. Our existence will, in the end, have to be justified. In this, Christians really are no different from anybody else, be they believers or atheists. We reap what we sow, we give what we receive, we receive what we give.

What makes us different is the believe that self-justification cannot help us result in self-righteousness—a particularly unattractive trait. Therefore, we look beyond ourselves for justification, and find it in God. God loves us, and knows that we cannot save ourselves from the laws of motion and the cycle of giving and receiving in which we live. Even if we were to live perfect lives, there’s enough imperfection around us that, in the end, we couldn’t help but be blindsided by some else’s bad karma.

Christians believe God saves us from this, and our belief in God’s grace not only frees us from the world’s cycles of endless retribution, but also frees us to live lives which mirror God’s unconditional love without regard to giving and receiving, sowing and reaping. We look to Christ for both our justification and our example. In his life we see how we ought to live; in his death our rebellion against that way of life is itself put to death, and in his resurrection comes our freedom to overcome all that once held us back.

As we think about grace, let’s not forget that, no matter how good it sounds, it is an alien notion. It cannot come from within ourselves, for we cannot truly even imagine life without a reckoning, any more than we can trust in the notion of something for nothing.

If it’s true that we get what we pay for (and the Bible upholds this idea, too), then somebody will have to pay the price for this costly grace that God offers us…