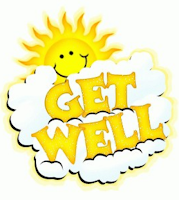 I haven’t mentioned it in a while, but it’s about exactly a year ago that I had a little heart attack. And I’m reminded of this by my own sermon title. You see, the chair of the diaconate visited me in the hospital that Sunday afternoon and told me she had good news and bad news from their meeting. “Great,” I said, “I need some good news.”

“Well,” she said, “the deacons took a vote and decided to send you a get-well card. Here it is.”

And she gave me a cheerful yellow envelope. Inside was a beautiful card with a lovely prayer, signed by several deacons.

“Thank you!” I said. But what was the bad news?

Good news/bad news jokes are among our favorites. People come up with new ones every day, and there’s really no situation that isn’t vulnerable to this kind of humor. This is because it’s always possible to find a down-side to anything good, or an upside to anything bad. I remember a few years ago when I had another good news/bad news situation, and this one involved my small dog, Brewster Meese.
Poor Brewster has always had a rather, shall we say, tender digestive system. And when I took him to the vet because of it, he said it wasn’t all that unusual, and there was something that would easily clear up the problem. The good news was that all I had to do was change his food. The bad news was that the recommended food was $60 a bag.

I’m not the only minister that experiences good news/bad news situations, apparently. A colleague of mine was recently given the good news that the church council had voted to name one of the church’s Sunday School rooms in her honor. The bad news was that the church bylaws stated that they could only name rooms after former pastors.

Very often the down-side of good news is that what’s good news for one person might well be bad news for another. Take my doctor, for example. He told me recently that he had good news and bad news. The good news, he excitedly told me, was that he had just gotten a new BMW. The bad news was that I’d be paying for it.

We who inhabit the 21st century of our Lord often have trouble seeing the world from the perspective of Jesus. We often reduce his words to a kind of good news/bad news joke… a joke that’s usually not all that funny. Christians talk all the time about the good news of the Gospel of Jesus Christ, but this good news is, more often than not, presented to people as an insider/outsider situation. The gospel is good news for us—especially those of us who inhabit the Bible Belt—because we believe it and it’s our ticket to heaven. It’s bad news for other people because they’re not buying into it, so they’re going to hell.

And of course, each church’s version of the good news is the real good news; thus people who believe what other churches refer to as the good news might as well be non-Christians, so they’re hell-bound as well.

This tendency to take the good news of Christ, and turn it into bad news for people who don’t believe what we believe is nothing new to our era. It’s been done for centuries. In fact, Jesus engaged in a little of it himself. Take today’s New Testament reading, for example. Jesus shared good news and bad news with a crowd of people. This is an interesting crowd, because what they heard was quite similar to what the audience for Jesus’ Sermon on the Mount heard. But Luke tells us that this particular sermon was preached not from a hillside, but on level ground. And so we call it the Sermon on the Plain, and it’s similar to but quite different from the Sermon on the Mount. In the Sermon on the Plain, Jesus specifically shares good news and bad news. He looks at one group, and he shares the good news: “Blessed are you who are poor; God’s kingdom belongs to you.” And then he looks at another group and says, basically, “The bad news is that you’re not poor.” 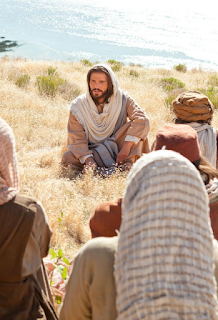 And thus begins one of Christianity’s greatest problems: the question of blessing and woe. In Jesus’ day it was widely believed that blessing was a sign of God’s favor. I think this belief is also common in our own day. And why not? If faithfulness to God was a good thing, and if God were almighty, then naturally God would bless those who believed in God with goodness in this world. They would have possessions, be respected by all, never go hungry, and they and their loved ones would live long, healthy lives. Those who were not faithful could therefore be easily identified by the fact that they were unhappy, that they were poor, that they were persecuted, that they were hungry or sick, that they were in a position to mourn. That this theology was questioned long before Jesus is evident in many prayers contained in the psalms, as well as in the entire book of Job. Bad things, some of the faithful seemed to be saying, do happen to good people.

Jesus was confronted with this question on numerous occasions, and he quite clearly said that suffering is not limited to the unfaithful, and that riches and good health are not limited to good people. In fact, if Christ is our model for what God’s will is for human life, then we need look no further than to him for an example of whether or not riches are a sign of blessing from God: Jesus had no possessions that we know of other than the clothes he wore—and in the end, even those were taken from him. And we need look no further than to Jesus to see whether or not the righteous will suffer: We can see the answer to that question in the One hanging on the cross.

No wonder we prefer Matthew’s version. We want comfort and blessing, and if there’s any discomfort, we want it to be strictly spiritual in nature, not physical. When Jesus speaks, we only want what we hear to be good news for the comfortable. But Christ’s original followers did not see it as we do. Christ had asked them to leave everything behind and follow him, and that’s precisely what they did. Of the original apostles, it is believed that all of them died because of their faith—all but one, that is, but he died in exile. And in the Acts of the Apostles, the book in which Luke tells the story of the first generation Christian church, members of the church shared all their possessions, and they, too, were persecuted by the authorities. We know this because one of the authorities was the apostle Paul, who admits that, before his own change of heart, he hunted down Christians in order to have them arrested and sometimes killed.

And so we need to take more seriously Jesus’ words in the Sermon on the Plain. Matthew may or may not have added some words to Jesus’ blessings in order to include the possibility that the comfortable were also blessed. But of one thing we can be reasonably sure—the words as Luke recorded them are they were actually spoken by Jesus: words that comforted the afflicted and afflicted the comfortable. And somewhere in those words, we must find ourselves. Though few of us in this sanctuary are rich by the standards of our own culture, we have to admit that we are all quite wealthy by the standards of most of the people in the world. Few of us in here ever go hungry. Few if any of us have ever been persecuted because of our faith in Jesus. Some of us do know what it’s like to mourn. Others of us know what it’s like to suffer life-threatening illness or to be struck by disaster. But for the most part, if we had to place this congregation as a whole on one side of the Sermon on the Plain, Jesus would more than likely have been looking at us when he pronounced his woes, and at others when he pronounced his blessings. “I have good news and bad news,” he might have said. The good news, however, was what he shared with people that weren’t like us.

There is a school of theology which was developed mostly in Latin America called liberation theology. This theology takes seriously Jesus’ blessings on the poor and the oppressed. One of the main theologians in this movement, Gustavo Gutiérrez, stated that

God has preferential love for the poor not because they are necessarily better than others… but simply because they are poor and living in an inhuman situation that is contrary to God’s will. The ultimate basis for the privileged position of the poor is not in the poor themselves, but in God… [1]

and in the universal presence of God’s love. I don’t always agree with liberation theology, but I do think it’s a necessary voice in contemporary Christianity. The church is dominated by the wealthy who make no sacrifices for their faith; indeed, in many churches which are growing the fastest in many places in the world, the prevailing theology is that, with enough faith in God, we’ll never have to suffer and riches will be ours. Though we may be able to find individual verses in the Bible which support this theology, the gospel taken in its entirety clearly states otherwise. We cannot explain away Jesus’ clear invitation to take up our cross and follow him. If the rich young ruler went away sad because he could not bring himself to give away his possessions in order to be a disciple, then why should we expect to get to do otherwise?

Jesus still has good news and bad news for us today. But it’s no joke. The world is still filled with joy and sadness, fullness and emptiness. Still today, there is a blessedness to the least among us. I know that some of us understand it. Though we may not go hungry, some still know what it is to weep and mourn. And so whatever state we’re in—blessedness or woefulness—whatever side of the crowd we’re sitting on right now—the ones hearing the beatitudes or the ones hearing the curses—I pray that there is some movement. That those who know no happiness in this life will find some—not so that that won’t be blessed in the future, but that poverty might not be permanent in the here and now. And also that those who know fullness now can know what it is to do without, that they won’t be insulated from so much of humanity.

I know I’ve used this quote in a previous sermon, but it bears repeating. In his Institutes, when John Calvin talked about the Ten Commandments, when he got to the Sixth Commandment, Thou shalt not kill, the very first thing he said was that, since the Lord has bound the whole human race by a kind of unity, the safety of all ought to be considered as entrusted to each. [2]  Could it really be the case that the true meaning of the commandment not to kill is not simply not to kill, but to keep alive—and not just to come to the aid of family members and neighbors and fellow church members, but to work for a world in which all know the security of life—from our friend suffering from cancer to the poor mother fleeing violence in Central America? A commentator this week said of the children our government had separated from their parents and placed in cages, “Like it or not, these aren’t our kids.”