Your Light and Your Truth 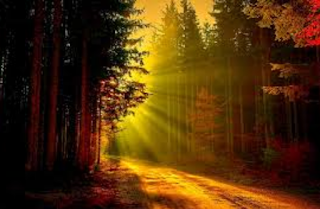 O send out your light and your truth; let them lead me; let them bring me to your holy hill and to your dwelling.
—Psalm 43:3


Enlightenment may take many forms, and the source of light may vary from epiphany to epiphany, from one truth to the next. It is common these days to emphasize one's inner light, imagining that if we simply follow our own instincts, we will not err.

Nothing, of course, could be less true. The human will, in bondage as it is to sin, is no guide to truth. This is as true on an individual basis as it is in a group setting. As individuals we are too ignorant, and as a large group, we find encouragement for our own prejudices when we encounter them in others. What was Hitler doing but using his own inner light as a guide? And what were the millions who followed him along his path doing but excusing their own behavior because everyone else was going in the same direction?

No, the light I must follow and the truth toward which I travel must be none other than God's light—a light which shines on realities that I must sometimes face against my will, and a truth that might well expose my own assumptions as faulty at best, or, at worst, lies. Christ's path led up to Calvary before it led him to the garden on Easter morning, and the light of God shone upon a cross before it burst forth from an empty tomb.

Send out your light and your truth, O God. Let it be they that guide me—through happiness and difficulty—into your presence; in Jesus' Name. Amen.