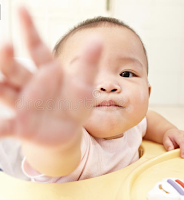 ✑ It is written that he was born when his parents were on a trip to Bethlehem. Since there was no room in the inn, his mother is said to have given birth to him in a stable, where his first bed was a feeding trough. And when he reached out for someone, all he wanted was for his mother to fulfill his needs.

He grew up in Nazareth, the son of carpenter. He was exposed early on to the traditions of his people—even going to the Temple in Jerusalem as a boy. On the way back home, he got separated from his family and so when he needed to reach out to someone for safety, he returned to the Temple. And the teachers there responded, fascinated by this boy’s insights and the intelligence of the questions he asked.

As a young man, he began reaching out to others in his trade, yet sensing God was calling him to a new work. Seeking to turn his life around at the age of thirty, he reached out to John the Baptizer, and felt the Holy Spirit fill him and empower him. 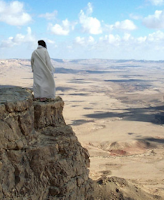 Driven into the wilderness to fast and pray, he was nonetheless tempted to turn aside from this new path, but in reaching out to God, he was able to begin a new kind of ministry in and to the world.

He traveled about his homeland of Galilee, reaching out to his neighbors with the good news of God’s wholeness. As he taught and healed, he had a growing sense that God was indeed ready for a new thing.

And so his outreach began to go beyond the synagogue and the table fellowship he was accustomed to. God’s wholeness, he realized, was not just for the Hebrew people, not just for men, not just for the righteous and respectable. He reached out to sinners, to traitors, to gentiles, to women, telling them that there was a place in God’s realm for them as well. His travels took him farther and farther afield until he ended up back in Jerusalem.

There he discovered that it was religion itself which was standing between God and the people. He reached out in love to the dispossessed, and in anger at those who were relieving them of their meager possessions—often in the name of faith.

In the end, he reached out his arms one final time, and allowed them to be nailed to a cross. It was this vision of him that will forever be remembered: a man giving all he had—his very life—in love for the world. His arms were forever stretched out, his complete giving immortalized on the cross. Such a sacrifice—even if it ended in death—could never die. And those who loved him discovered that, indeed, it did not end. His life was renewed in death, and his outreach continues.

The story of the early church was very much the story of the continued life of the man Jesus, called Messiah by his followers. It was the story of reaching out, of invitation, of preaching a message of God’s wholeness, of going beyond boundaries which before had been unacceptable to cross. There is almost no way to explain what was happening without attributing it to God’s activity in the world. Here were people who continued to be inspired by this Jesus they had followed before he was executed by the Romans. Like him, they reached out to the downtrodden, voluntarily giving of themselves and their property that they might find the wholeness that had eluded them. And yet—still inspired by his Spirit—their outreach went even farther. They began to declare that God was making clean that which previously had been called unclean.

Today’s story from the Book of Acts is a wonderful example of how the earliest Christians explained this. Peter—often seen as the mouth of the church—had a vision in which God showed him every kind of animal he could imagine—sort of like Noah’s ark… except in this case, he was told not to save the animals but to kill and eat them. And Peter, thinking, no doubt, that this was a test of his fidelity to God’s law, said that he would eat nothing that wasn’t kosher. Yet God insisted in this vision that it had all been made clean, and was now alright to eat. Peter interpreted this vision as an invitation to look beyond all the ancient laws of ritual cleanness—laws which not only prevented people of his faith from eating certain foods, but also from eating with certain people. It’s an extraordinary account of one man using his position of leadership to reach out to those to whom he was not accountable. It was an enormous risk, because as we’ve all seen, it’s much easier to cater to one’s base, to reach out to those with whom we already agree, to help them insulate themselves from the world and see themselves as special, and their position as God’s chosen people uniquely safe. But Peter insisted that God was leading him and all other followers of Jesus to reach out to Gentiles, inviting them to become equal partners in preaching the good news, compatriots of the commonwealth of heaven. 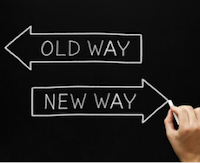 We see the trajectory of Jesus, and we see the trajectory of the first Christians when they were faced with change, with embracing diversity, with reaching out rather than looking inward. So where do we fit in? When we are faced with change, when we come face to face with those who don’t seem to be exactly like us, or when we feel threatened, what is our reaction? Is it to close up, to shut ourselves off from diversity, to circle the wagons, to build walls between ourselves and that which causes us to ask questions or invites us to expand our horizons? Rather than face the fact that God might be inviting us to do a new thing—just as God did with Jesus and the first Christians—it is too often much easier to refuse to trust. Christ spread his arms in sacrifice, and the early church opened its arms in love. But the fearful close their arms about themselves and keep them closed until the perceived threat is past.

We have to admit that there is no more vulnerable a position than what we see in the Crucified One, arms eternally open to all comers. But we also have to admit that the church maintained that position when it opened itself to all comers. Has the nature of the church changed? Did God intend it to become an increasingly exclusive community as it extended itself beyond Jerusalem, beyond the Middle East, beyond the Mediterranean? I don’t think anybody could possibly argue that God’s will was for a church less open. The real question is how can a person calling themselves a Christian, if they have any integrity at all, possibly call for a church with open arms, while desiring to live in a nation closed to anyone new, anyone different.

Peter’s message to the church two thousand years ago was that God gave outsiders the same gift that he gave insiders when they believed in the Lord Jesus Christ. So who were insiders that they could hinder God? [Acts 11:17] The vision was about food: that which was okay to eat and that which was considered unclean. But the true message of the vision—at least as far as Peter interpreted it—was about people. Not eating them, of course, but welcoming them. Before, there had been people born inside and people born outside. The church up to that point had concentrated on the insiders. If anybody wanted to become part of the church, they weren’t worthy until they got their papers in order, as it were… until it could be documented that they’d first converted to Jesus’ religion.

But as I mentioned above, one of the things that upset Jesus was how religion was being used to keep people away from God. And this story is one of several places in the Bible where the church realizes that it had been going about things wrong—that a person born on the outside could go directly from being a foreigner to being a full citizen of the commonwealth of heaven without any intermediary steps. It was never about process, but about relationship. 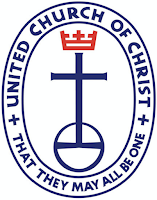 The theological message contained in Peter’s vision is something that this church, I know, fully believes. No matter who you are or where you are on life’s journey, you’re welcome here. Early on, the Congregationalists came to believe that African Americans were equals in the commonwealth of heaven. Around the same time, the Prussian church decided that Lutherans didn’t have to become Reformed, and Reformed Christians didn’t have to become Lutheran in order to commune together. After these two movements came together in 1957, the United Church of Christ decided that gays and lesbians could be Christians no less complete than any other Christian—no conversion therapy required, thank you. These are not things that we sort of believe—we believe them at our core. 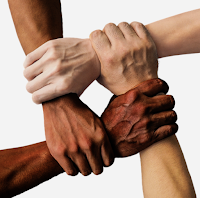 But here’s the thing: Christianity was never designed to be a smorgasbord. We don’t have the option of choosing to be a Christian on Sunday and something else on Monday. What we believe at our core when we’re inside a building located at 7906 Whitesburg Drive, we also believe—if we have any integrity at all—when we’re in other parts of town, when we’re in other states or other countries. Either all people are children of God, or they aren’t.

So let’s think of the story of Peter’s vision as more than just a lesson in church government. It was clearly intended to change Peter’s attitudes about everything in life. His response was, “Who am I that I should be a hindrance to God’s work?” If we believe that God is at work not only in all people, but also in all areas of life—because remember, Peter’s vision wasn’t even about church membership—then shouldn’t we also ask ourselves, regardless of who we are or what day it is, “Who am I that should be a hindrance to God’s work?”
—©2018 Sam L. Greening, Jr.