Over All the Earth 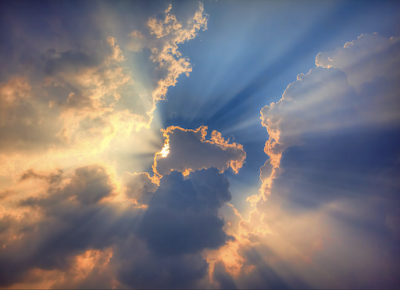 Be exalted, O God, above the heavens. Let your glory be over all the earth.
✙ Ps 57:5 ✙


I'll take my cue from Bishop Andrewes this morning. Though he's not the only one who connects this phrase—repeated again later in Psalm 57—with the ascension of Christ, I think his prayer (below) does so most eloquently.

But in the ascension, something happened. The Word-Made-Flesh was himself taken to that place of exaltation. And that flesh was my flesh. The One who united himself to me in the incarnation was glorified and brought into the very presence of the Exalted One.

It cannot be said that God, in such an exalted state, does not care. For in Christ, God has shown more than care. Nor can it be said that God does not understand, for in the suffering on the cross, God's understanding of my lot goes far beyond my own.

I am satisfied with your mercy in the morning, O Lord. Blessed are you, O Lord, who brought forth from the water creeping things of life, and whales, and winged fowl. Be exalted, O God, above the heavens, and your glory above all the earth. By your ascension, O Lord, draw us after you, that we may taste of what is above, not of things on the earth.
—Lancelot Andrewes