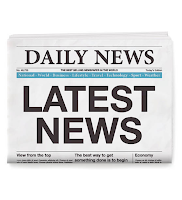 I almost never read the actual stories anymore. The headlines are upsetting enough. And I admit I won’t turn on television news. It seems the world is out of control, and hope seems a long way off.

The Bible actually has a word for this, and it’s a word that often has a positive connotation in our culture. That word is wilderness. We often think of wilderness as land set aside where animals and trees and natural formations are left alone by civilization, a place where we can see things as they once were, before humans wrought changes in the earth. In the Bible, the word often means the same thing, but it never has a positive connotation.
Thousands of years ago, humans thought of themselves as in a struggle against nature, and civilization was equated with wisdom—and there was really nothing more prized in some biblical traditions than wisdom, that trait (both divine and human) that created order where there was disorder, safety where there was wilderness.

Remember, the wild beasts that we pay money to see in zoos or travel hundreds—or even thousands—of miles to see in their natural habitat—weren’t cuddly creatures in the Bible. They were either food or a threat. And desert rock formations weren’t there to be photographed, they were evidence that there was no water for miles around. And it was into such a wilderness as this (not a national park, but a place where they might well die) that Moses led a group of people who had escaped from slavery in Egypt. And it must’ve been into such a wilderness as this that another group of people followed Jesus in the sixth chapter of Mark. And just as Moses cared for God’s people in the wilderness, so Jesus had compassion on the people who followed him, for they were like sheep without a shepherd.

We all know that sheep need to be led. And we also know that they’re often led to the slaughter. The prophets in the Hebrew Bible sometimes condemned Israel’s shepherds for being the very kind of leaders who led their people not to safety, but to ruin. The time was predicted when a Good Shepherd would come, a shepherd who would guide the people to wholeness: who in the midst of a drought would lead them to still waters, who in the wilderness would feed them, who in times of danger would risk his life to save them.

And in today’s New Testament reading, we see evidence of the fulfillment of that prophecy. Jesus is followed into the wilderness by desperate people, a people listening for God’s voice, broken people in need of healing, worried people in need of peace. Thus the wilderness where they found Jesus was something physical, but it was something spiritual as well—it was a metaphor for their lives. And it was a metaphor for Jesus’ life at that point, too—for he had actually gone there not with the intention of teaching and healing, but of mourning. His cousin, friend, and mentor, John the Baptizer, had just been killed by an evil ruler, and his body had been desecrated in death. All Jesus wanted was to get away. But it wasn’t to be. In the midst of that wilderness, that desert place, God had work to do. God transformed the lives of Jesus, his disciples, and all those people who had gone there to hear Jesus’ message. The transformation occurred:
The miracle described is so important that it’s the only one described in all four gospels. So I’d like for you to suspend your disbelief for just a few minutes and think about the scene Mark describes. Thousands of people find themselves in a desert place with Jesus—a place where they’re likely to go hungry if they’re not sent away. But Jesus has them stay. And when they stay, he invites them to make themselves comfortable—not on sand or rocks, but on the green grass. And if you’re wondering where that came from, I think that’s kind of the point: We don’t know. Something important is happening. The wilderness is being transformed. The sheep without a shepherd have discovered that the Lord is their Shepherd, and they shall no longer be in need. He makes them sit down in green pastures; leads them beside still waters; and restores their souls.

There’s a reason I’d like for us to think about the miracle as a miracle—something I know we no longer like to do. But, you see, we need a miracle. We are dwelling in a wilderness, a desert place. For some of us, we know it’s due to our own circumstances. For others, it’s simply the condition of the world around us. But whoever we are, we’re discouraged these days. Some of us have given up hope that things are going to get better anytime soon. Others of us are on the verge of doing so. I think we need to hear of a time and place when a physical wilderness was transformed, the discouraged were encouraged, the wounded made whole, and the hungry fed. I personally need to know of a time and place when the God who seemed so far off was suddenly present where God was needed most. 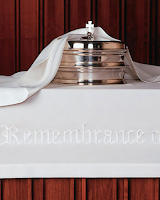 And so, come to this table, for it is an answer not so much to a prayer, but to a complaint. When Israel was miserable in the wilderness of Sinai, they complained to Moses, and asked—probably mockingly—“Can God set a table in the wilderness?” And despite their lack of faith, manna rained down from heaven, ”mortals ate the bread of angels, for God sent them food in abundance.”

This is not my table, nor is it the table of the United Church of Huntsville, but it is the Lord’s table, which is standing in a wilderness of discouragement. On it, we are furnished with hope in the midst of despair, for the elements laid out atop it are signs of the very presence of the Good Shepherd. As the bread and the wine are being shared, I invite you to close your eyes, and envision the greening of the wilderness around you. Picture the healing the world needs, and the wholeness that is lacking in your own life, and know that you are no longer a lamb without a flock, and we are no longer sheep without a shepherd. For your community is gathered, and Christ is here.
—©2018 Sam L. Greening, Jr.


*Unfortunately in the audio, when I departed from the manuscript, I mistakenly referred to the Book of Elijah, which doesn't exist. I meant the Book of Ezekiel.