The True Nature of Strength 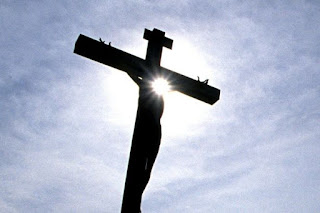 For he delivers the needy when they call, the poor and those who have no helper.
He has pity on the weak and the needy, and saves the lives of the needy.
From oppression and violence he redeems their life; and precious is their blood in his sight.
✙ Ps 72:12-14
✙
Calvin said of these verses that "the psalmist again affirms that the kingdom which he magnifies so greatly will not be tyrannical or cruel. The majority of kings, neglecting the well-being of the community, have their minds wholly engrossed with their own private interests. The consequence is, that they unmercifully oppress their miserable subjects; and it even happens that the more formidable any of them is, and the more absorbing his rapacity, he is accounted so much the more eminent and illustrious. But it is far different with the king here described. It has been held as a proverb by all mankind, 'That there is nothing in which men approach nearer to God than by their beneficence'; and it would be very inconsistent did not this virtue shine forth in those kings whom God has more nearly linked to himself."
✙
I emphasized a line that seems particularly true. Stalin, Hitler, Putin, Trump: their leadership is/was deemed all the more worthy of praise because they appear(ed) to display "strength"—the shallowness of that strength notwithstanding. And Calvin contrasts the strength of such leaders over-against a leader with whom God identifies. Their rule is characterized by something entirely different: beneficence. A beneficent ruler can certainly display strength. But power is not the be-all-and-end-all of who they are or what they're about. They rule in God's Name for the sake of those who need them. They are servants first, and mighty rulers second.
✙
Psalm 72 therefore should call us not only to pay attention to and minister to God's people, but it should also call on us to reëvaluate what good leadership is, and maybe even redefine the word strength. So much of what passes for "strength" among powerful men (and sometimes women, but usually it's men) is really just a pathological fear of losing power or being exposed. The strength that God grants is seen in a servant king and in a crucified savior.
✙

Thank you, God, for so fully and beautifully defining for me the strength demanded of those who lead in your Name and serve your people. Forgive my worship of human strength, and grant me the courage to stand against it when it oppresses or neglects the least among us; in the Name of the One who died to show me the true nature of strength, even Jesus Christ my Savior, who taught me to pray...