The Promise Is Not Vain 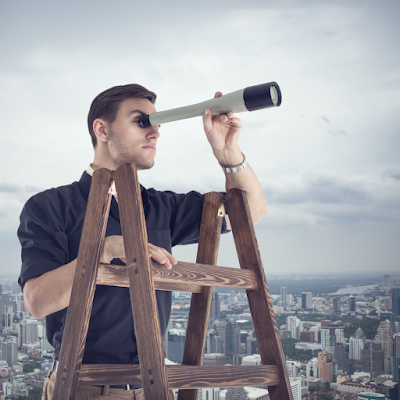 He is the Lord our God; his judgments are in all the earth.
He is mindful of his covenant forever, of the word that he commanded, for a thousand generations,
the covenant that he made with Abraham, his sworn promise to Isaac,
which he confirmed to Jacob as a statute, to Israel as an everlasting covenant,
saying, “To you I will give the land of Canaan as your portion for an inheritance.”
When they were few in number, of little account, and strangers in it,
wandering from nation to nation, from one kingdom to another people,
he allowed no one to oppress them; he rebuked kings on their account,
saying, “Do not touch my anointed ones; do my prophets no harm.”
When he summoned famine against the land, and broke every staff of bread,
he had sent a man ahead of them, Joseph, who was sold as a slave.
His feet were hurt with fetters, his neck was put in a collar of iron;
until what he had said came to pass, the word of the Lord kept testing him.
The king sent and released him; the ruler of the peoples set him free.
He made him lord of his house, and ruler of all his possessions,
to instruct his officials at his pleasure, and to teach his elders wisdom.
Then Israel came to Egypt; Jacob lived as an alien in the land of Ham.
And the Lord made his people very fruitful, and made them stronger than their foes,
whose hearts he then turned to hate his people, to deal craftily with his servants.
✙ Ps 105:7-25 ✙

I usually consume the Book of Genesis as though it's a buffet, reading a bit from here and a bit from there. When I do this, I get the impression that it's just a bunch of random stories about some people my tradition calls the Patriarchs. So sometimes I need to read it all in one sitting in order to remind myself that from the creation of the world until Israel's sojourn in Egypt, through all the happiness and pain, the faithfulness and disobedience, God was at work. While humans were worried only about what was right in front of them, God was already working on their future.

Psalm 105 seems long, I suppose, but it's actually a very succinct recounting of the story of Israel from the days when they were just a small family of nomads until their exodus from Egypt. Every step along the way, God was with them, and though some of it seemed bad, and it must several times have seemed like The End, God's plan was never thwarted. The barren became fertile, the slave was exalted, the wanderer found a home, and the oppressed were set free. It took generations—centuries, really—for the plan to come together. But God took the long view, and so should I. Nothing I experience is The End. Even my earthly life is not the be-all and end-all of who I am. And so I will read Psalm 105 as the story of a people and their God, whose love never let them go.

O love that wilt not let me go,
I rest my weary soul in thee;
I give thee back the life I owe,
that in thine ocean depths its flow
may richer, fuller be.

O light that followest all my way,
I yield my flickering torch to thee;
my heart restores its borrowed ray,
that in thy sunshine’s blaze its day
may brighter, fairer be.

O joy that seekest me through pain,
I cannot close my heart to thee;
I trace the rainbow through the rain,
and feel the promise is not vain
that morn shall tearless be.

O cross that liftest up my head,
I dare not ask to fly from thee;
I lay in dust life’s glory dead,
and from the ground there blossoms red
life that shall endless be.