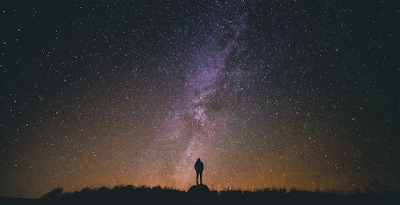 I want to refer back to two other psalms this morning. The week after Thanksgiving, I meditated on the beginning of the 108th Psalm, in which the psalmist says, "I will awake the dawn!" Now, if I were to read this morning's verse in an old translation, such as the Geneva Bible (or the King James), I might think it said the exact opposite:


I prevented the morning light, and cried: for I waited on thy word.

But the explanation here is quite straightforward. It's simply that prevent has changed its meaning over the years. If I look at its parts—pre+vent—I can easily see that its original meaning was come before, or precede. To put this in a more Hebrew context, though, I want to mention Psalm 95:2, on which I meditated three months ago. Back then, I discovered that the verb translated as come (קדם) wasn't the same verb (come) that was translated the same way in Psalm 95:1, but actually meant either to precede or hasten. And here קדם is used again, and its meaning is obvious: To precede the dawn means to get up before it's light outside.

And just as Psalm 95:2 connoted a positive excitement about worship, Psalm 119:47 connotes another kind of arousal—but this time their feelings of earnest anguish have been aroused. The psalmist doesn't rise early because they're giddy at the prospects of morning prayer, but rather because they're in dire need—that's the meaning that the verb שָׁוַע (translated here as "cry for help") always carries.

I got a bit excited about the second clause when I read the NRSV's rendering of it, because it looked at first glance that when I cried to God, I was able to put my hope in God's words, i.e. I used God's vocabulary (such as praying the psalms) to articulate my hope. But investigating it helped me discover something I didn't know. This is a rare case where we're unsure which word was actually used: לדבריך or לִדְבָרְךָ. The former is in your words, and the latter in your word. The biggest significance of this is probably a simple one: I might be tempted to christen word but I wouldn't do that with words—in other words, a Christian might want to think Word refers to Christ, but we would not interpret that plural form in the same way.

This is a lot of information, but not much meat, I suppose. And so I want to close this morning's meditation thinking about how my spirit might actually be edified by this verse. I am anxious to implore you for help, for I look to your words for hope. Thus, whether I am praying or studying, I find not only reason for praise, but also encouragement in the midst of fear or distress. God reaches me where I am, and I am all the more likely to realize this if I'm reaching out to God when it happens.

I look to your word for hope in the night, Lord. Help me feel your presence; in his Name who cried out to you on the cross, even Jesus Christ, who taught me to pray...