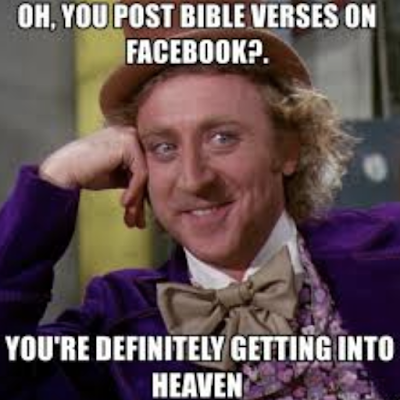 Psalm 66:10 says to God, You have tested us; you have tried us as silver is tried—and we might expect to be tried by God, refined like a precious metal. Though today's verse uses the same verb (*צָרַף), it's in reference to God's promise being refined, not to God's servants. This is not to say that there are impurities which need to be purged from the word, but rather that my understanding of God's word might be based on false assumptions or thoughtless acceptance of what others say about it, and so needs to be tested
through study, meditation, and experience.

An obvious example of this is the saying that Money is the root of all evil. These words are in the Bible, but they're taken out of their proper context. What 1 Timothy 6:10 actually says is:


For the love of money is a root of all kinds of evil, and in their eagerness to be rich some have wandered away from the faith and pierced themselves with many pains.

So once I have tried or tested this saying, I discover that money itself is quite benign. It's the love of it—in other words, selfishness—that is the root of all evil.

Another word that is misunderstood is the horrible word abomination. We love to quote this word in reference to some things, but ignore it in other contexts. Do we realize that this is the same word used to describe the eating of osprey meat? This helps teach me that there's a great deal of the Bible that I can take at face value in English, but that it is dangerous to use a translation to condemn anyone to hell. If I read it in its original Hebrew or Greek, I might find a very different set of assumptions.

Teach me your word, Lord—not the word that I think I already understand and love, and not the word that my culture embraces, but your living word which transforms society, not vice versa. In the Name of him who taught me to pray...

*In the story of the widow who fed the Prophet Elijah we find the town Zarephath, which is based on the same word. Thus we know that this ancient Lebanese city was originally a place where metal was smelted.