On Breaking Down Walls

An Invitation to the Table on Epiphany 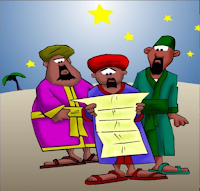 Not every story surrounding the birth of the Christ Child is taken literally by every Christian. For example, some doubt the virgin birth. Others question whether Jesus was really born in Bethlehem and not Galilee. Still others find the story of the angels’ appearance to the shepherds a bit hard to swallow. But there’s really only one that everyone can agree is untrue, and that’s the story of the three wise men. After all, it’s impossible that three men traveling a long distance together would ever have stopped and asked for directions.

In all seriousness, though, I’m not going to debate the historical truth of the day we call the Epiphany. It either happened or it didn’t. We cannot prove or disprove it. But it has been part of the Christian tradition for two thousand years now, so it’s important that we think seriously about what it has meant down through the ages, and what it meant to Matthew, who recorded it in his gospel.

We like this story. It’s made it into lots of our Christmas carols. And in some traditions, it’s not Santa Claus, but the three kings who bring gifts to children—never mind that the Bible never calls them kings, nor does it tell us how many of them there were. Whatever the details, it appears to be a great story—one that’s easily depicted in words and pictures.

But how often do we think about the theology of the account of the wise men’s visit to the Baby in Bethlehem? Other than the amazing fact that the birth of Jesus was the advent of God in the flesh, the event we celebrate on Epiphany is probably the most theologically important story in the gospels, because of at least three things I can think of (all three of them related to each other): 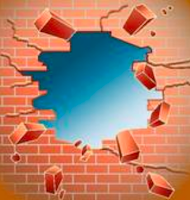 So no matter who you are or where you are on life’s journey, nothing stands between you and the Christ you’ve come here to worship. The only impediment is your own unwillingness to enter the gate he’s made through the walls that surround you. The Jew and the Gentile, the righteous and the unrighteous, the just and the unjust, rich and poor—no matter how you see insiders and outsiders, and no matter which side of the divide you see yourself on—know this:

He is our peace; in his flesh he has made both groups into one and has broken down the dividing wall. —Eph. 2:14

So come to the table. The wall has been torn down by the work of Christ on the cross, and its rubble has been transformed into stepping stones to bring you, who were far off, near to the God of love. Be at peace, and know that the humble Child that needed you at Christmas is the Ruler of the universe whose banquet table has an empty seat, waiting for you.
—©2019 Sam L. Greening, jr.