This sermon is the first of a 2-part series. 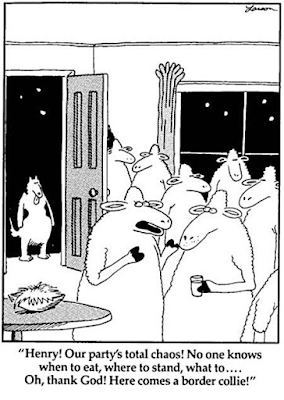 When was the last time you spent any time with a shepherd? I mean quality time—not just chatting with a shepherd at a cocktail party. Probably not recently.

That’s because there just aren’t a whole lot of shepherds around these days… at least not in this part of the world. The same thing could be said of cobblers and blacksmiths and coopers. In the case of this latter list, we don’t actually talk about them much; and I don’t see many depictions of them in stained glass or bulletin covers or inspirational paintings. The image of the shepherd, on the other hand, is a major part of Christian spirituality. We have never forgotten that King David was just a shepherd boy when the Prophet Samuel found him and anointed him king over Israël. Most of us know by heart the psalm attributed to David which begins, “The Lord is my shepherd.” And we cling to the words of Jesus, I Am the Good Shepherd.

It’s amazing if you actually stop to think about it how a job that in practice is so uncommon has nevertheless endured in our minds as such an important occupation. It’s really unique in that way. If you were to say that it’s important precisely because it is biblical, you would be right.

Since the Bible uses it, the shepherd image is important. But the Bible also speaks of refiners and fullers, and we remain pretty indifferent to them.

The Bible speaks of farmers and vine growers, and these are both occupations that are important in the 21st century. And while we might occasionally find biblical references to them edifying, we sing very few hymns about them—in fact, I would imagine that you can’t think of a single one right off the top of your head (though they do exist).

And then there are other occupations that were mentioned in connection with New Testament figures—occupations that we often remember and that continue to be important… or at least known. Paul, for example, was a tentmaker. People can still buy tents and people who go camping use them all the time. And yet I’ve never met a literal tentmaker. But I have met figurative ones. That’s because Paul’s other job was as a missionary, so in professional circles we often speak of a less-than-full-time pastor as a tentmaker—somebody who has to hold down two jobs in order to make ends meet.

Matthew was a tax collector. We still have those. But about the only connection we make between an IRS employee and the Divine is every year right around April 15, everybody around us seems to be saying, “O gawd I have to file my taxes.” But that’s okay, because the Bible doesn’t want us to associate tax collectors with God—tax collectors in Jesus’ day were thought of as collaborators and extortionists.

Now Joseph was a carpenter, as was Jesus himself. My church in La Jolla even had a stained glass window of Jesus in his carpenter’s shop. We also still have carpenters. And we also still need carpenters. And yet, despite the stained glass and the familiarity with the job itself, we almost never use carpentry as a spiritual image. There are, of course, exceptions. One excellent example is this prayer from Scotland’s Iona community:


O Christ, the master carpenter, who through wood and nails purchased our whole salvation: wield well your tools in the workshop of your world, so that we, who come rough-hewn to your bench, may here be fashioned to a truer beauty of your hand…

And then there are the fishermen. Among biblical professions, this one comes closest to the shepherd image, as far as our spirituality goes. And fishermen are familiar to us. We may not live in a fishing village, but all know a fisherman or two. There’s probably at least one person here today who enjoys going fishing. Nobody I know goes out on their day off and herds sheep. But I know several people who like to spend their free time fishing. And so when we hear the words Jesus spoke to Andrew and Peter, Come, follow me, and I will show you how to fish for people, and these two brothers left their nets and followed Jesus, we understand both what they left behind and what they’re being called to do. This one is also a popular image in hymns, including one of the most beautiful songs in the world, which is number 342 in our hymnal: Lord, You Have Come to the Lakeshore, written by a Spanish priest. The dual image of leaving your nets and your boat and your parents and following Jesus, and of casting your net among humanity and drawing others to Christ, is deeply engrained in Christianity across the world.

And yet, as beautiful and popular as the image of the fishermen is, it cannot approach the image of the shepherd, despite the fact that none of us herd sheep—either for a living or as a pastime. And so the shepherd is a very enduring image. It has come down to us through the millennia, and has survived even in places where the profession itself has fallen by the wayside. We cannot forget the phrase, The Lord is my shepherd, nor can we forget that Jesus said, I am the good shepherd. The image has endured, and we love it.

But there’s another reason why we even have this image, and it’s pretty much been lost to us. It used to be incredibly important, and wasn’t just a Hebrew image, but was also found throughout the ancient near east. You see, it wasn’t always God who was seen as a shepherd, but the monarch. Of course we see this in the fact that David got his start as a literal shepherd. Another place It’s found is in 34th chapter of Ezekiel, which starts out as a prophecy against the shepherds of Israel—that is, the unfit kings whose rule has brought disaster on the people—and ends up as a promise for a good shepherd—a prophecy that Christians (for obvious reasons) see fulfilled in Jesus. 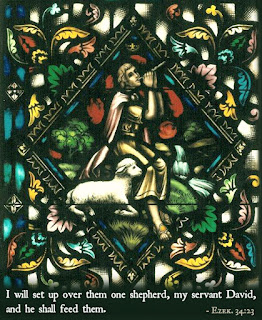 We move from “Ah, you shepherds of Israel who have been feeding yourselves! Should not shepherds feed the sheep?” to “I will set up over them one shepherd, my servant David, and he shall feed them: he shall feed them and be their shepherd; and I, the Lord, will be their God, and my servant David shall be prince among them.” We should remember this when we think about leadership—especially when we’re given the responsibility of choosing our leaders.

When you think about the reasons shepherds are both an image of God and the example of a good monarch, our idealized image of mothers would do just as well: they lead, they feed, they nurture, they protect; they’ll place themselves in harm’s way to protect their lambs. This is why so many churches these days—though we still call God Father, also use motherhood imagery for God. God, the Creator of all people, cannot be restricted to a single gender. And so the way we talk about God should free us to relate more closely to God, not close our minds to the possibilities.

But we are talking about the One who said, “I am the Good Shepherd” today, so let’s stand and recite the 23rd Psalm…