'God Forbid I Should Forget!'

I exhort the elders among you to tend the flock of God that is in your charge, exercising the oversight, not under compulsion but willingly, as God would have you do it—not for sordid gain but eagerly.

The sermon I’d originally written for last week for Good Shepherd Sunday was destined to be over 30 minutes long. I suppose I could’ve pared it down and just tossed half of it. But the image of the shepherd is so rich in meaning, that I decided I’d do a two-part series on it. Last week I talked about the different professions used in the Bible as metaphors for God. And I talked a bit about how the shepherd image in particular—before it ever referred to God—was used to symbolize monarchs and other earthly rulers. I ended up asking how the shepherd metaphors we find in the Bible might actually help us when we think about leadership in our own society and in our own culture—especially when we choose our leaders.

Today I want to talk about a word we use all the time—at least in church, that’s a synonym for shepherd—and that’s pastor. I think we can see this connection when we compare the words pastor and pasture—the place where sheep take their meals. Another place we might see it is in a word that most of us probably know but almost never use—and that’s repast, which is an elegant word for a meal. It may be fancy but this word tells us that people eating at the dining room table aren’t all that far removed from sheep grazing in a field.

So the feeding of sheep reminds us that a pastor cares for her or his flock. And the most obvious reason for a contemporary minister to be called pastor is the fact that the Word of God is thought of as the Bread of Life, and thus the pastor feeds the flock by sharing this Bread. 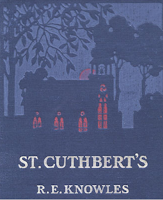 Just as we have retained that notion, our two particular brands of Christianity (United Church of Christ and Disciples of Christ) seem to have lost another—namely, that the pastor must protect the flock from that which might hurt it or lead it astray. One extreme example of this I found was in a 1905 novel about a Canadian Presbyterian minister. The wife of a wayward member of his church visits him late one night to tell him her husband hasn’t been home for two days, and to ask him if he would go looking for him. It should be noted here that this couple had recently experienced the death of a daughter named Jessie. This pastor did as the wife had asked him to. He checked every bar in town until he finally found the woman’s husband. The pastor discovered (not to his surprise) that he’d spent every penny he had on drink; and now that he had no money left, the proprietor was in the process of throwing him out of the bar, using very abusive language as he did so. Here’s a little vignette describing this scene, beginning with the bar owner’s words to Geordie, the wayward sheep:

‘Get out of here, you beast,’ he muttered savagely, ‘and let decent folk enjoy themselves. You'll not get no music nor no whisky either, hangin' round an honest man's house without a penny in your pocket—get out, you brute.’ And he struck him full in the face again.

It were wrong to say that I forgot I was a minister; I think I recalled that very thing, and it gave more power to my arm, for I knew the poverty amid which Geordie's poor wife strove to keep their home together; and the pitiful bareness of wee Jessie's death-chamber flashed before me. This well-nourished vampire had sucked the life-blood from them all, and remembering this, I rushed into the unequal conflict and smote the vampire between his greedy eyes with such fervor that he fell where he stood. In a moment he was on his feet again, but my ministry with him was not complete, and I seized him where he had gripped his own victim, by the throat.

‘Let me be. Remember you're a minister,’ he gasped.

‘God forbid I should forget,’ I thundered back, for my blood was hot. I remembered just then that wee Jessie had been dependent on charity for the little delicacies that go with death; ‘and if God helps me you won't forget it either,’ with which addition I hurled him down the stairs, his final arrival signaled back by the sulphurous aroma of bruised and battered maledictions. [1]

Though I can’t endorse this kind of violence, I won’t completely condemn it either. It wasn’t typical of the minister in this novel, but it did reflect the kind of righteous anger Jesus must’ve felt when he cleansed the temple, or when he called certain other religious people hypocrites. [2]

And it’s precisely this kind of behavior that a modern minister must never display. In fact, we’re not really allowed to do much at all to protect our flocks. Our two denominations are too open-minded to allow us to care what doctrines get espoused in our churches. We’re too afraid of our tax-exempt status to meddle too much in hurtful policies. And we’re too afraid of legal action to get physical, or even too specific in the words we use. I’ve even found myself with no tools in my toolbox to use when someone joins the church with no other apparent purpose than to fleece the other sheep—such people seldom respond to the gentle nudges and innocuous words that pastors like me have been trained to use.

And so we all remember very well that Jesus is the Good Shepherd and that pastors are his under-shepherds. And we have all learned that in ancient times kings were also referred to shepherds, and that the shepherd imagery should still be applied to government in our day. But let’s also remember that we are part of a flock. That every moment of every day, we are being guided—as part of the community in which we live, and as part of the community in which we worship. Sometimes those two things are one in the same. More often than not we think of them as two different communities.

On the cover of my installation service bulletin, I put a Bible verse that I see as my vocation. It’s a verse that stays with me, because it—more than anything else—told me I was called to be a pastor. It’s quoting the Apostle Paul, who said, If I proclaim the gospel, this gives me no ground for boasting, for an obligation is laid on me, and woe to me if I do not proclaim the gospel! [3] Though the context is completely different, it’s another way of saying—with the minister I read about earlier—God forbid I should ever forget my calling!

One thing I especially love about this church is that I’m not the only shepherd. I’m not the only one who leads worship, or prays in public, or visits the sick, or presides at the table. We also have elders who do these things out of love for God and service to this community of faith. It’s an example of how a pastor may be called the shepherd, but in the body of Christ, ministry is shared. The flock is not just mindless sheep, but a chosen race, a royal priesthood, a holy nation, God’s own people, in order that we may proclaim the mighty acts of the One who called us out of darkness into the marvelous light of the Divine. 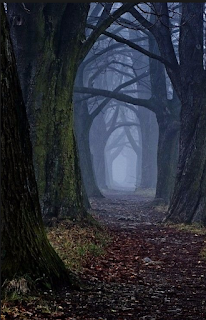 So let us, God’s own people, remember first and foremost that we are by grace gathered together under the care of a loving and strong Ruler. Faith in this grace saves us from fear of the unknown that we may be the people of God in the world, individually and together sharing the good news of God’s love.

Calling ourselves “people of God” can sound a bit arrogant in a world where a great deal of harm has been done by others who have claimed to be the only people of God. And it sounds overly naïve to people who don’t believe in God at all. Indeed, for those of us who have to navigate between those two extremes, life can be frustrating, fraught with danger and inhabited by greed. Its pathways are too often poorly marked, with the way we should go obscured because of lack of use, the sidetracks all too alluring, and dangerous detours often unavoidable.

But God’s people have for thousands of years been comforted by the knowledge that though the wrong seem oft so strong, God is the ruler yet. [4] Until we have reached the haven of that knowledge, the slightest breeze will make us tremble, but so long as the Lord is our Shepherd, we shall walk without fear in the valley of the shadow of death. [5]