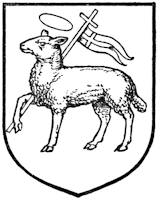 The different parts of the first chapter of John are so different from each other, that some people think they may have been written by two different people. The first part, of course, is the most famous. We call it the prologue. And it’s as beautiful as it is well-known. In the beginning was the Word. And the Word was with God. And the Word was God.

That’s how it starts out.

So the prologue of John wanders off to make sure we know that the Baptist and the Word are two different entities. But it returns to the eternal nature of the Word. And the Word became flesh and lived among us, and we have seen his glory, the glory as of a father’s only son, full of grace and truth.

But I think there was a purpose behind this tangent in the prologue. You see, in the first half of the first century of our Lord, it seemed to some that there were two competing ministries: That of Jesus—the One we know as Messiah—and that of John. We know John as the forerunner— the prophet who came to announce the coming of Messiah. And early on, it’s now acknowledged by just about everybody that John had the greater following. That’s why all four gospels go to great lengths to quote John, who explicitly states that he is not the One everybody’s waiting for. He is the messenger.

And in today’s scripture reading, which comes from the first chapter of John—but is after the prologue— we have the one the prologue said wasn’t Messiah specifically tell us from his own mouth that he’s not the Messiah.

And since we almost never hear the Prologue to John read along with what comes after it, we seldom realize how stark the reality of the entire first chapter of John is: The One who is the Word of God—who is God— is also the Lamb of God—the sacrifice to God made on our behalf.

And it’s in this context that we realize what the Gospel of John is actually doing here. It is placing in a specific context the transfer of authority from the forerunner to the One who was to come; from the lesser to the Greater. John diverts attention from himself to Jesus:

I myself did not know him, but the One who sent me to baptize with water said to me, ‘He on whom you see the Spirit descend and remain is the one who baptizes with the Holy Spirit.’

When Jesus realized he was being followed, he turned around and said (and this is what you call a loaded question), “What are you looking for?” 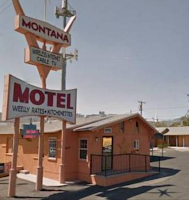 They ask what seems to be a very innocent question, and one that really doesn’t seem to be on-point. “Where are you staying?” they asked. And the Greek verb used here for stay was the exact same one used above when John said, “He on whom you see the Spirit descend and remain…”

So if the Spirit has remained on Jesus, then can knowing where Jesus is staying also tell us where the Holy Spirit lives? Maybe.

When they ask Jesus this, he doesn’t answer by telling them the name of the hotel where he’s taken a room, or the address of the friends he’s staying with. His answer is much more interesting. Instead of just telling them where, he says, “Come and see.”

The first way this is much more interesting is that it requires a conscious decision on the part of those doing the asking. At first, it appeared that they were just trailing Jesus to find out what John the Baptist might have meant— to see whether or not he was right about Jesus. But when Jesus says, “Come and see,” they had to answer to an invitation—and not just anybody’s invitation, but an invitation from the One who was the Word of God, and whom they had been told was the Lamb of God. Jesus said, “Come and see.” And they went. And they saw.

The second way that I find this interesting goes deeper than what’s on the surface. Because I think when they asked Jesus where he was staying, they weren’t curious as to which neighborhood he was residing in, or how nice the hotel was, or how prestigious his host was.

I think they were wondering who Jesus was at his core. They wanted to know what he was about. If Jesus was the One John came to lead others to, then what exactly was it the world was in for?

I think there’s a second—more metaphorical—way to take the disciples’ question (and Jesus’ answer).
All of these questions seem pertinent here. And when you think of them in relation to Jesus, then it’s not unreasonable to think of this line of questioning in terms of Jesus’ teachings.

Where are you coming at us from, Jesus?

And when I think of it that way, then I think the first place I would look for an answer would not be an address or the name of an inn. I would want to know where in the Bible I could best find out who Jesus was.

One place to look, of course, is Calvary. If Jesus was the Lamb of God, then where was the sacrifice consummated? 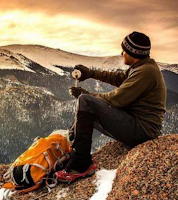 But before that, I’d want to know what Jesus’ values were, what words he spoke, what he taught. And here I would look to one place: His longest sermon— the one place where he shared more of what he believed than anywhere else. This, of course, would be the Sermon on the Mount.

Maybe I shouldn’t, but I’m using today’s sermon on the first chapter of John as a springboard for my sermon series over the next several weeks on the 5th, 6th, and 7th chapters of Matthew, which is where the Sermon on the Mount is found. One of the points I’ll be making during this series is that the core values of the Christian life are found in these three chapters.

If Jesus came preaching that the Kingdom of God had come, then we, as Christians, should be concerned with what he meant by that. What is the Kingdom of God? Who lives there? What laws do they live by? What are the customs and priorities of this kingdom?

It’s increasingly important for us to concern ourselves with Jesus’ core teachings, because the world we live in is changing. We no longer live in a culture where everybody knows what Christianity is. And the things that our religion used to emphasize aren’t necessarily what we should emphasize in the 21st century. Compared to when I graduated from seminary, there are now tens of millions more people in our country who belong to no church. If I want to tell outsiders what we as Christians stand for, they’re probably not going to respond at first to what happened on Calvary. Before I tell them about the atonement, about the death on the cross of a man named Jesus, they’re going to want to know about Jesus’ life:
And even more than that, I think people might actually want to ask us as John’s two disciples did Jesus, 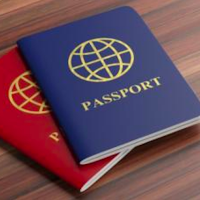 It’s always been important that Christians be citizens of God’s kingdom. But I think the consequences of where we’re coming from are greater now than they were in the past. Nobody’s interested anymore in the doctrinal differences between this church and that one. Instead, if an outsider is interested in Christianity at all, it’s Jesus they want to know. And they will listen to us based on how true we are to the core values of this itinerant preacher from Nazareth, the Lamb of God, the Word made flesh.

Jesus and John the Baptist lived in troubled times. They were surrounded by violence, and the people around them were often at each others’ throats because they disagreed on the source of the troubles and how to deal with them. The teachings in the Sermon on the Mount were Jesus’ touchstone. They were the place he returned to again and again to remember who he was, and to tell his disciples what following him meant.

In a time and place in which we, too, are surrounded by troubles, and in which people react to one another with mistrust and—increasingly—violence, we still have that space carved out by Jesus— a place where we can go for strength and peace and integrity. I invite you to explore it with me in the weeks to come, so that when someone asks us where we go home to, or where we’re coming from, we can give them an answer.