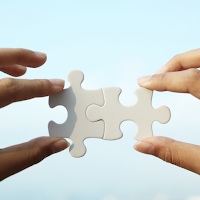 Christians look at the world—especially the religion— of two or three thousand ago, and we imagine that it was looking forward to a day of fulfillment. We read the faith stories of what we call the Old Testament, and we think of them as incomplete. Completion would come with Messiah. To a certain degree, that’s what Christianity is all about, right? The old religion was fulfilled by Jesus Christ, who introduced a new religion. And what religion is that? The one we belong to, of course.

And that’s sort of the appeal of today’s reading from the scriptures. Jesus has come into the world, and we know something’s about to happen, but we don’t know exactly what. Maybe his Mother knows. Maybe john the Baptist knows. But nobody else really has any idea who he is, what he’s going to say, what he’s going to do, or what any of it will mean.

And so when Jesus turns up on the lakeshore. He hadn’t been silent up to this point. He had been preaching a message of change— a word we often translate as repentance— because heaven’s kingdom was at hand. 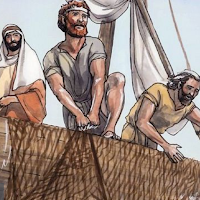 And so when he encounters fishermen, we don’t know whether or not they’d heard his message. All we see is Jesus calling them, and them dropping everything to follow. The call he issued was in familiar language, however. He was asking for change, but he asked for in a way they could understand: Follow me, and you’ll be fishing for people.

I think of this sometimes when I wonder how Jesus might call different people today. Does he simply demand obedience—that we follow blindly— or might he issue his call to us in terms we can understand in the place where we find ourselves. Seek the kingdom with me, he might say, using the gifts you’ve been given, the talents you’ve been using, the experiences you’ve already had. The call to discipleship, then, might be just as much about how we interpret the world around us as it is about leaving everything behind and following.

I’m not saying it doesn’t—or shouldn’t—involve leaving everything behind and following. God knows I’ve done that, and I know I was doing the right thing. But the best starting point is to be in the place where we already are and viewing the world through Christ, his teachings, and his life.

None of us is in a place—a home, a job, a school, even a church— where we cannot hear Christ’s call to do what we’re already doing… only to do it for and because of him. This might mean many things, but the first thing it’s going to mean is that we’re going to understand things in a new way. 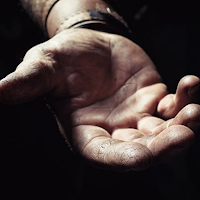 It’s sort of a happy accident that last week, the Gospel reading was the story of how Jesus called his first disciples in John. There, Jesus’ invitation was, Come and see. Here in Matthew, it’s Come and follow. In the first instance, we cannot see unless we follow. In the second, if we follow, we’re going to see.

And what we immediately see in Matthew is how Jesus positions people in the very place they already are, and shows them how to reinterpret it through his eyes. And here in the first century in that place, the thing that’s being looked at is religion— specifically the religious law that all people are trying to be faithful to.

We know this, because the first words that we hear Jesus speaking are something called the Sermon on the Mount. If we only read Paul’s letters, we might be led to believe (and we often have been led to believe) that Jesus did away with the religious law that had been taught up to that point. But if we read what Jesus actually said, here’s what we’ll hear (and this is from the middle of the fifth chapter of Matthew):


Do not think that I have come to abolish the law or the prophets; I have come not to abolish but to fulfill. For truly I tell you, until heaven and earth pass away, not one letter—not one stroke of a letter— will pass from the law until all is accomplished. Therefore, whoever breaks one of the least of these commandments, and teaches others to do the same, will be called least in the kingdom of heaven; but whoever does them and teaches them will be called great in the kingdom of heaven. For I tell you, unless your righteousness exceeds that of the scribes and Pharisees, you will never enter the kingdom of heaven. 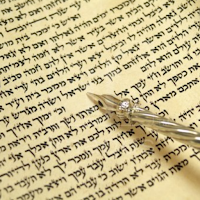 And though these aren’t the very first words of the Sermon on the Mount, this is one of the keys to interpreting it. It’s certainly the key to interpreting what follows, in which Jesus takes specific parts of the law as it was traditionally understood and reïnterpreting it in a new light. And, of course, that new light is the realization that the Kingdom of God was now at hand.

I opened this morning’s message by talking about how we imagine that the religion of the ancient Hebrews found its fulfillment in Jesus. In a way, we seem to think that Jesus is what validated them, though I hope we might shy away from that language in a post-holocaust age.

But I think it’s just as important to view ourselves on the other side of the appearance of Christ as needing not to look forward to him, but to look back to him. He has already fulfilled. But we often forget to see him as our source. When we feel Christ’s call upon us, or when we hear him say to us, “Follow me,” we cannot forget what it means that he is the source of who we are as a people, and that he is the foundation of who I am and who you are as individual members of the body of Christ.