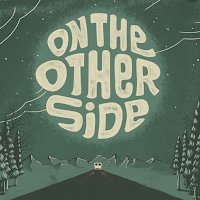 Today we’re going to look not at blessing, but at law. And not just any law, but the most basic law of the Hebrew religion—the part of the law that we see ourselves as bound to, as well. That law, of course, is the Ten Commandments.

Thou shalt not kill, or Thou shalt not commit adultery. What more needs to be said? It’s absolutely clear where the lines have been drawn here. It’s the perfect example of what we mean by a black-and-white situation. 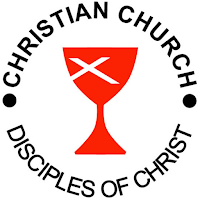 Except, Jesus doesn’t seem to agree. And if we call ourselves “Disciples of Christ” (which we obviously do), Then we have no choice but to take what he says seriously.

And what he says is something we wish he hadn’t said. If we look at the Hebrew Bible’s version of the Ten Commandments, then it’s clear what we must or must not do. But if we look at Jesus’ interpretation of it, the water gets really muddy. Jesus takes the law of God from the realm of doing to the realm of speaking and even thinking.

You know what has been said in the past: Don’t commit murder. But I’m telling you not to insult a brother or sister— don’t even be angry with them— or you might end up in hell.

Now Jesus doesn’t talk about hell nearly as often as most of his followers do, so this alone should cause us to perk up our ears. And in most other places, he refers to it without threatening to send people there. This is one of the only places where he seems to be using it as a threat. And the threat is for those who speak in anger or think angry thoughts. In other words, he’s talking to me. And probably you. In fact, I think he’s speaking to everyone who’s ever lived: When God says not to kill, God means not to abuse each other and not to think abusive thoughts. The obvious result is that we love our neighbor as ourselves—another commandment of God which Jesus places right up there with loving our Creator. 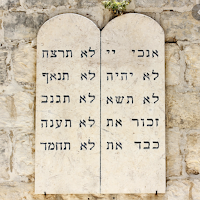 I think the point here is that the commandments of God are intended not to create a society in which anger and resentment are constantly simmering beneath the surface— even if they’re not acted upon—but to create a people characterized by love. Don’t kill, don’t insult, don’t hold grudges. God’s standards are not low. They’re actually quite high. And God is holding us to those standards.

Though I cannot control my thoughts—I can’t even control my mouth— to the extent Jesus wants me to, I can still accept what he’s saying. These are good words. Wholesome even. He even takes this way of thinking and applies it to another commandment— the one about faithfulness. True faithfulness, he said, means not just refraining from active unfaithfulness, but includes thinking about being untrue. Being faithful starts somewhere, and that somewhere is almost always in the mind— entertaining thoughts about someone that lead to action.

Just as we can nurse a grudge, we can also nurture lust. And in the Sermon on the Mount, Jesus is saying that, when we think thoughts that turn another human being into an object of lust, then we’re no different than the person who acts on those thoughts. After all, they had to start somewhere.

But did he have to add the part about the eye and the hand? Surely he couldn’t have meant what he said about tearing out your eye and cutting of your hand!

And indeed I don’t think he did. He was obviously using something called hyperbole. Hyperbole is exaggerating in such a way that everybody knows you don’t want to be taken literally. 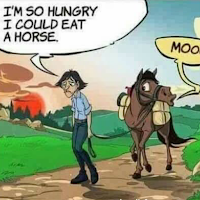 We all know what hyperbole is, we seldom have trouble spotting it, and most of us use it on a daily basis. We don’t always mean what we say, but that doesn’t mean we’re lying: How dare you say you could eat a horse! I love horses!

What we see here is that Jesus is trying to make a point, and the point is not really to threaten us with hellfire, and it’s certainly not to compel mangle our own bodies. He’s trying to show us that obeying the letter of the law is not necessarily complying with the spirit of the law. So I’m not a murderer and I don’t cheat on my spouse— that doesn’t make me better than other people. I still have work to do if I want to have true integrity as a human being.

And that, to me, is the true message of this section of Matthew 5. Later on in the Sermon on the Mount, Jesus says something I wish the biblical literalists would actually take literally. Matthew 7:1 says, “Do not judge, so that you won’t be judged. And I can’t help but think that he was preparing our hearts for this statement right here in today’s scripture lesson. 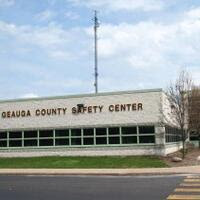 I toured the county jail recently with Leadership Geauga, and I have to admit to a bit of self-righteousness: I hadn’t broken any laws, and so I wasn’t behind bars. Naturally that made me better than the people I saw who were behind bars.

Except Jesus would beg to differ. Many murders started out as the same kind of grudges that I myself have nursed. In their infant stages, many burglaries were nothing more than the same covetousness that I entertain in my heart for the material goods that others have and I don’t. For every crime that puts some people behind bars, there’s a thought process that leads up to it. And in many cases, that’s a thought process that most—if not all—of us are guilty of.

Jesus said not to judge so that we won’t be judged. Another way of saying this is, Whenever I point a finger at someone else, there are three more fingers pointing back at me. This doesn’t mean we should do away with courts of law. Jesus isn’t saying criminals shouldn’t be prosecuted for their active crimes. But he’s telling the rest of us— he’s telling me not to be smug because I’m not considered by society to be a criminal. I should respond with compassion to those who have been prosecuted, because—as another old saying goes— There, but for the grace of God, go I.

And so when we read the very difficult words of Jesus that we heard today, we should remember three things:
The Sermon on the Mount envisions a world of peace, justice, and wholeness that has its origins in the hearts of Jesus’ disciples. It’s good that we refrain from crime. But we should be law-abiding not out of fear of the law, but out of love for God and our neighbor.