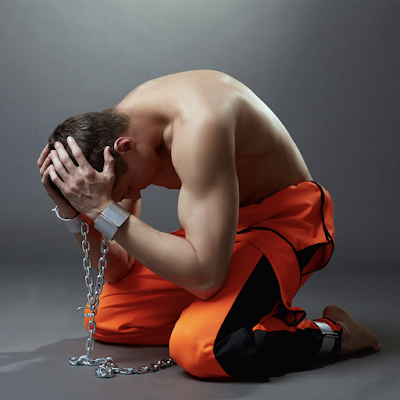 Why do the nations rage, and why do the peoples plot such a vain thing? The kings of the earth take a stand, and the rulers take counsel together, against God and God's anointed, saying, "Let us break their bonds apart, and cast their cords aside."
✙ Ps. 2:1-3 ✙

The language of the Second Psalm is strange and beautiful. The "anointed" mentioned was probably David, but Christians enthusiastically interpret this psalm to be about Jesus the Messiah (messiah and christ are the Hebrew and Greek words for anointed). I read the following comment on it by a Puritan minister named John Trapp:


They were resolved to run riot, as lawless and aweless, and therefore they slandered the sweet laws of Christ's kingdom as bonds and thick cords—signs of slavery. But what does our Savior say? 'My yoke is easy, and my burden is light.' It is no more burden to the regenerate than are wings to a bird...

I'm going to have to read more of John Trapp. He has quite a way with words. And he's helped me to realize the extent to which the opening of this psalm is as much about me as it is some unnamed monarch. Yes, there are plenty of people who rebel against the church. Every time someone chooses to sleep in, or chooses some diversion over corporate worship, there's a bit of Psalm 2 in them. And though it's my duty to preach the gospel to those who rebel, it's even more my duty to recognize rebellion in myself—those times when I do not reverence God as I should, or when I pay no regard to the commandments of Christ to love, to spread the good news, to work for justice, to make peace, and to live more simply. Something within me thinks such commandments are a form of bondage, I suppose—but in fact, they are my only chance at freedom from bondage.


We all choose one burden or another. The yoke of the gospel, however, is not so much a burden as it is a blanket to those who need reassurance, or a crown to those who need vindication. The burden is carried by Christ. All I need to do is let him carry it on my behalf.

Oh, to grace how great a debtor daily I'm constrained to be.
Let that goodness like a fetter bind my wandering heart to thee.
Prone to wander—Lord, I feel it—prone to leave the God I love,
here's my heart, oh, take and seal it, seal it for thy courts above.

In the Name of him who carries my burdens and taught me to pray: Our Father... 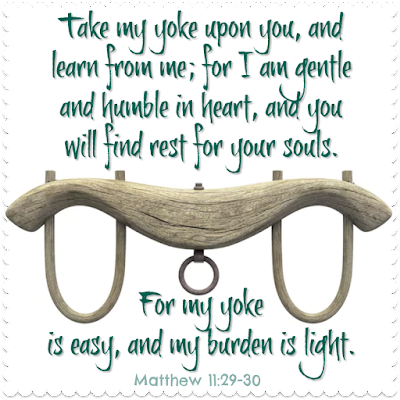 Crossposted to Psalm Today, where I've been posting my daily devotions. Later this year, these devotions will be posted exclusively here on Opossum Screed.