The Only True Judge 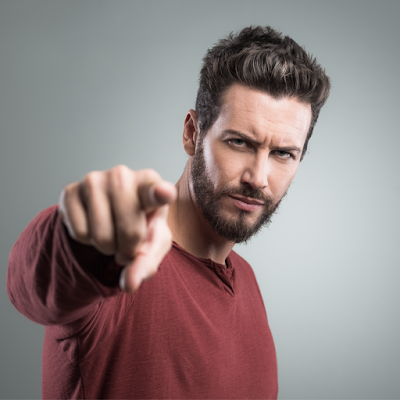 I live in a country that, since its inception, has had no established church. This means that the government has never endorsed one religion or another, has never supported any sect with citizens' tax dollars, and has never coërced its citizens to worship in a certain way or believe any particular doctrines. Because of this freedom of religion, no one interpretation of Christianity has held sway over all others. Indeed, a variety of religious movements have flourished in the United States.

While this is a good thing, it has not stopped certain individuals from believing that their own interpretation of the faith is the only valid one. I remember as a teenager talking to a friend about our churches' youth groups. He told me that in his, they discussed all the other churches and made a list of the ways those churches were wrong. This surprised me, because in my youth group, we never mentioned other churches. For all we knew, all of us had the same beliefs.

Besides, not putting down others' beliefs was ingrained in me from an early age. I'll never forget my grandmother saying to me of the Mormons, "Joseph Smith said he saw an angel; who am I to tell him he didn't?" In retrospect, I realize that she probably didn't agree with this particular group on much of anything. But it's to her credit that I didn't know that.

So when I read in the psalms of others pointing fingers and saying to the psalmist, "Your soul can't possibly be saved," I am tempted to think of all those who judge others based on their own religious experience. Because their beliefs aren't identical, because they weren't baptized the same way or at the same age, because their clergy weren't ordained by the right person or people, because they cannot identify the exact moment that they accepted Jesus Christ as their "personal Lord and Savior"... (the list goes on and on), their relationship with the Divine cannot be genuine.

It's good to listen to others. It's helpful to learn of their beliefs and understand what they hold dear. It's also good to be listened to. But when in our discussion of faith we discover that our beliefs differ, why would it be necessary to for me to tell anybody, "I'm saved and you are not"? I listen and learn to appreciate. Sometimes my faith is informed, sometimes not. But in the end, my relationship with God is unique. Everybody's is. I'm in no position to judge the state of anyone's soul—not even my own, for God is the only true Judge.

Thank you, O Holy One, for the variety of ways you come to people. And thank you for enriching my own understanding of faith by hearing of the faith of others. By your grace, may I never judge another as being without you. I pray this is Jesus' Name, who taught me to pray: Our Father...