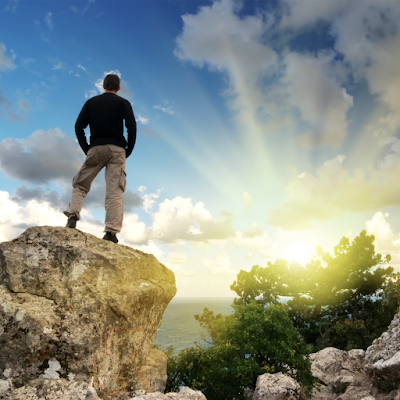 O Lord, who may abide in your tent? Who may dwell on your holy hill?
—Psalm 15:1

Zion was a physical location in the Hebrew Bible. But for Christians, it is a spiritual reality which refers to the Body of Christ—a people, not a place. So asking who may dwell on God's holy hill is quite the same as asking in whom God may find a welcome. The answer, it would seem, is a pretty tall order. Here is a list of standards provided by Psalm 15:
It may be hard, but these standards are like a rock to cling to in turbulent times.

What's interesting here is that the standards set by so many Christians today don't include any of the things on this list. They're all about marriage and homosexuality and abortion and birth control and transgender persons and gun rights. One can stick to the current standards of "evangelical" Christianity and literally do none of the things listed in Psalm 15. So sometimes the old time religion is best, and some who claim to have a monopoly on it couldn't be further from what the Bible teaches.

Help me to have high standards, O God, and thank you for showing me what those might look like. Thus may your word be my guide, and not the shouts of those around me. The shouts may be wrong; your word will not. I pray this in the Name of him who taught me to pray: Our Father...