Both my grandfathers served their country during World War 2. My mother's father worked in a steel mill. Though he wasn't in the armed forces, he was definitely an important part of the war effort. My father's father was in the US Navy, his service, of course, no one questions.

In that same generation, there were many others in my family who were in the armed forces. Dad (who served in the Air Force during the Korean War) had at least one maternal uncle who also served in the navy—he made a career out of it.In addition, I am aware of at least five great-uncles who served in the army. One never came home. The other four were profoundly changed.

Mother had two uncles on her father's side in the war in Europe. Her Uncle Ed
was killed in the invasion of Normandy. Her Uncle Clyde was blinded by shrapnel.

She had two other maternal uncles who served as well: Woodrow and Wayne. Both were handsome young men who were very talented musically, playing guitar and singing in lots of local churches in Lawrence County, Kentucky. Woodrow was injured in a parachute drop and was furrowed as he recovered. Wayne went through four years of war without a break. When they returned home after the war, neither ever held a job and both were non-functioning alcoholics the rest of their lives.

My father also had at least one uncle who served in the army. His name was Fred, another brother of his mother. He served in the Pacific. He died when I was two years old, so I don't remember him. But I have his military dog tag, and that's an interesting story. It wasn't given to me by anyone in the family. Nor was it given to me by anyone I knew. This is how I came by it:

As I was getting ready to enter the sanctuary for worship one Sunday morning back in January 2016, I got a strange text from my sister telling me I needed to contact a distant relative—completely unknown to either of us—in the town of Rush, Kentucky. Apparently this woman had a family tree online that included my dad's Uncle Fred. This had been found in a search by a stranger in Australia, who'd written her to tell her he'd found Fred White's dog tag. Her relationship was so distant that she decided it was best to find a closer relative, and that's how she located my sister, who lived in the same county.

My sister then passed the information on to me, so I got the Australian's email address from the woman in Rush, and contacted him after church that day. His name is Allan, and he lives in Queensland. He'd been on vacation to New Guinea, and there in the sand of Kiriwina Island he'd uncovered a dog tag with my great-uncle's name on it. It was issued during (what I'm told was) the brief period of time when dog tags also included the name of the next-of-kin and their address. So it was rather moving to see the name and address of my great-grandmother (whom I do remember) on the dog tag as well.

Kiriwina Island is part of the Milne Bay Province of Papua New Guinea. It was the site of a very important 1942 battle that resulted in an Allied victory. Australians believe that if they'd lost in Milne Bay, the Japanese would've next invaded Queensland. Of course it was mostly Australian troops fighting there, but there was a small contingent of Americans as well, and my Uncle Fred was one of their number. 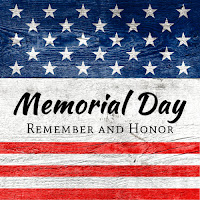 I received Fred's dog tag in the mail a few weeks later. As I held it in my hand, I was acutely aware that he'd returned home from the war in one piece physically, but, like my mother's two uncles, his PTSD was so severe that he became a non-functioning alcoholic. And so in honor and in memory of five of my great-uncles—Clyde, Ed, Fred, Wayne, and Woodrow—I am wearing a World War 2 dog tag today.  May we never forget the sacrifices made by those who serve causes beyond their own interests, especially those who sacrificed life, limb, and emotional health for their nation.