You Can't Fall Any Deeper 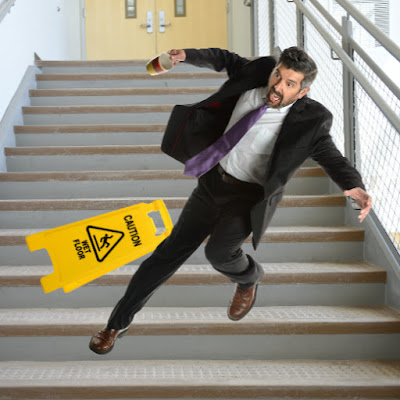 Today's crisis is probably the worst since the Second World War. And it's to that period that my mind wanders when I think of Psalm 37:24—

Though we stumble, we shall not fall headlong, for the Lord holds us by the hand.

First are the sisters Corrie and Betsie ten Boom from Haarlem in the Netherlands. They were committed Christians who helped hide Jews during the Nazi occupation of their country. They ended up in Ravensbrück Concentration Camp where Betsie died in December 1944. But just a few days before her death, she told Corrie, "There is no pit so deep that God is not deeper still."

Then there's a German pastor named Arno Pötszch. At the age of 17, he volunteered to fight for the Kaiser in World War I. At war's end, questioning everything he had believed in, he associated himself with the Moravian Church and started a career as a social worker. By 1930 he felt called to study for the ministry and was ordained in 1935. During World War II, when his country was at the height of its power, Pötszch prophetically wrote a poem that is still sung and quoted in Germany today. The original is called Du kannst nicht tiefer fallen als in Gottes Hand. Here's a translation:


You can't fall any deeper than into the hand of God,
mercifully stretched out to save us all.

Indeed, every path through fate, guilt, and death
flows into God's grace, despite all our misery.

We're surrounded by God even here in space and time,
and we will live and be in him forever.

You can't fall any deeper than into the hand of God,
mercifully stretched out to save us all.

I place my trust in you, O God. Grant me the assurance that, though I may stumble, I can't fall anywhere deeper than into your loving hand. I pray this in the Name of Jesus Christ, my crucified and risen Lord, who taught me to pray: Our Father...