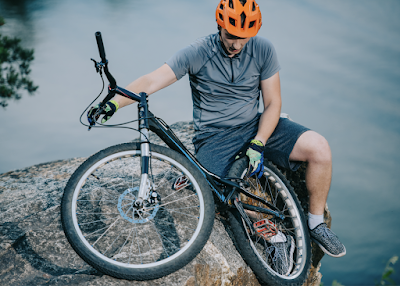 In you, O Lord, I seek refuge; do not let me ever be put to shame; in your righteousness deliver me.
Incline your ear to me; rescue me speedily.
Be a rock of refuge for me, a strong fortress to save me.
You are indeed my rock and my fortress; for your Name’s sake lead me and guide me.
—Psalm 31:1-3

A rock is seemingly a cold and unmoving image to use for the Divine. But I can stand on a rock to avoid being overwhelmed by the flood—or even to stand out as I celebrate God's deliverance. I can duck behind a rock to avoid being seen, or in order not to suffer the slings and arrows of outrageous fortune. My soul can be hidden in the cleft of a rock for shade in the heat of injustice. The rock is used in both the Old and New Testaments to call forth the image of a spring of water (whether physical or spiritual). So in reality, this is one of the most dynamic metaphors in the Bible.

Images for God are sometimes a touchy subject—especially among those who are threatened by images of God beyond lord and father. Rock seems to be a safe refuge for all of us, but in one instance there's a bit of controversy, and that is found in Deuteronomy 32:18, which the NRSV renders as, You were unmindful of the Rock that bore you; you forgot the God who gave you birth. Not all versions agree, however, and this is an excellent illustration of differences in the ideology behind different biblical translations.

The controversy surrounds the translation of the Hebrew verb יְלָדְךָ, which means generated, as in having children (think of the family word generation). Old translations translate this as begat, which, around 1600, was the word to use. It was not necessarily a male image, and so it's clear that the NRSV is encouraging a more inclusive view of God by implying a more female rôle in the generation of children—that of actually doing the bearing. The NIV (more popular among Christian conservatives) has decided that the gender-neutral Hebrew word must be assigned the male rôle in reproduction: "...the rock who fathered you."

It's not just in divine imagery where we see the difference, but also in the way these translations refer to human beings. The best example I can think of is found in the opening verse of Paul's Letter to the Galatians:


Paul an apostle—sent neither by human commission nor from human authorities, but through Jesus Christ and God the Father, who raised him from the dead.

The original Greek includes the phrase "ουκ απ ανθρωπων ουδε δι ανθρωπου," which the NIV chooses to render "not from men nor by a man." Though the NRSV is unnecessarily wordy, the NIV is, in my opinion, flat-out wrong. The English language has two words: human and man, the latter referring to humans of the male gender. Greek also has two specific words. They are ἄνθρωπος ("anthropos") and ἀνδρός ("andros") the former referring to humans and the latter to specifically male human beings. To translate ἄνθρωπος as "man" in this day and age seems unnecessarily insensitive to me, just as I find it completely unnecessary to specify that the Rock in Deuteronomy 32:18 is a father. In both instances, the original language is gender neutral, and so should the English translation be.

A few days ago, Psalm 28 led me think how one translation of a verse might be more beautiful than another version of the same verse, and how each of us might more beautifully portray different emphases of the scriptures. In the same way, different translations of Psalm 31 seem to be pointing to something else: If popular English versions of the Bible cannot agree on how to translate the original tongues, I should ask God to help me broaden my mind to better understand that no human language can define God. Nor should I use language to deny the full humanity of any of my human siblings or exclude them unnecessarily from the biblical text.

May the church at prayer recall
that no single holy Name
but the truth that feeds them all
is the God whom we proclaim.

—Thomas Troeger
I pray in the Name of Jesus, who taught me to pray: Our Father...