The Image of God 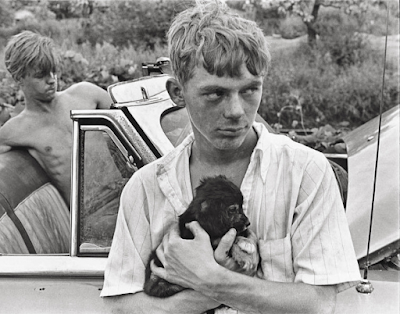 Happy are those who consider the poor; the Lord delivers them in the day of trouble.
—Psalm 41:1

The psalms make me sound like a broken record. But perhaps that's because the psalms themselves sound like a broken record. Here, once again, we hear the psalmist advocating for the poor. Since I've covered this topic (and how I think my own nation—especially the part of it calling itself "Christian"—is falling far short) from my own literal reading, I'll turn this time to John Calvin, whose interpretation differs, but is no less valid, interesting, and applicable to my life.

Calvin maintains that, rather than a literal interpretation of "consider the poor" as referring to poverty, it is better to think of how quick people are to judge the afflicted: People get what they deserve, they often say. In other words, I am to "consider the poor" precisely because I am too quick to dismiss the afflicted as being responsible for their own state. This is precisely the sort of "consideration" Jesus was calling for in his response to the question, "Who sinned that this man was born blind—he or his parents?" His response: "Neither—he was born blind so that God’s works might be revealed in him" [John 9:2-3].

And so when I encounter the poor—whether they are poor because they have no possessions or food, or poor in the sense that they are afflicted or sad—I should engage them. Whoever they are, it is possible to see in them the image of God and to learn from them something new about the glory of their Creator.

Forbid it, Lord, that when I encounter someone in poverty or someone afflicted, I should pass by without giving a thought to who they are, what their story is, how you are at work in their lives, or how I might help. Give me the grace and the strength to serve you by serving my neighbor, in Jesus' Name who taught me to pray: Our Father...