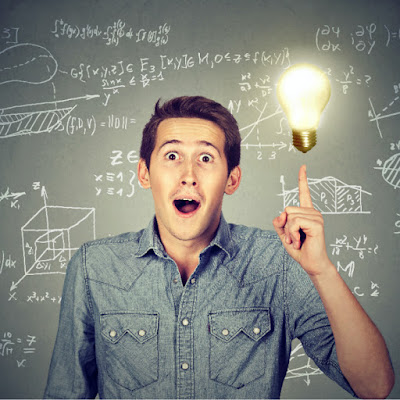 Let those who say, “Aha, Aha!” turn back because of their shame.
Let all who seek you rejoice and be glad in you. Let those who love your salvation say evermore, “God is great!”
✙ Ps 70:3-4
✙

In Hebrew, Aha! is הֶאָח  (pronounced hey-ach, the second part rhyming with Johann Sebastian Bach), and every time it's used in the Bible, it's directed outwardly as an expression of derision.
✙
In English, of course, we might also use it as a way to verbally point at someone. Aha! Now I've caught you—you are as bad as people say you are! And this is pretty much what's going on at the opening of Psalm 70. The psalmist is being persecuted and held in derision. Everything they do is used as evidence of the fact that their cause (which here is equated with God's cause) is wrong.✙

But we have a different kind of Aha! in English, and I think that's what we see implied in verse 4. This type of Aha! is directed inwardly, and is usually a very good thing. It's an expression of realization—maybe even an epiphany: Aha! I never knew that before! I've just connected two dots, and this finally makes sense! And since seekers have an epiphany in Psalm 70:4, I think it's okay for me to think of this as an Aha! moment (without the explicit Aha!). For the connection has been made between the psalmist's faithfulness (despite constant derision) and others' perception of God's greatness.

May I experience this kind of Aha! moment—not one that points fingers at others, but one that realizes all the ways I'm connected to God. And more than that, may I dare to dream that my life (and the way I live it) may help provide an Aha! moment that helps a neighbor plug into the Divine.
✙
Despite what others say about me, may my life be lived in such faithfulness to you, O God, that those who seek you may have an Aha! moment because of me. In my life, may others realize that you are real, that you are love and mercy, and that you are as great as I say you are. I pray this in the Name of the One who taught me to pray: Our Father...

Other than the name of the band, this video has nothing to do with today's devotional.
But I couldn't resist.